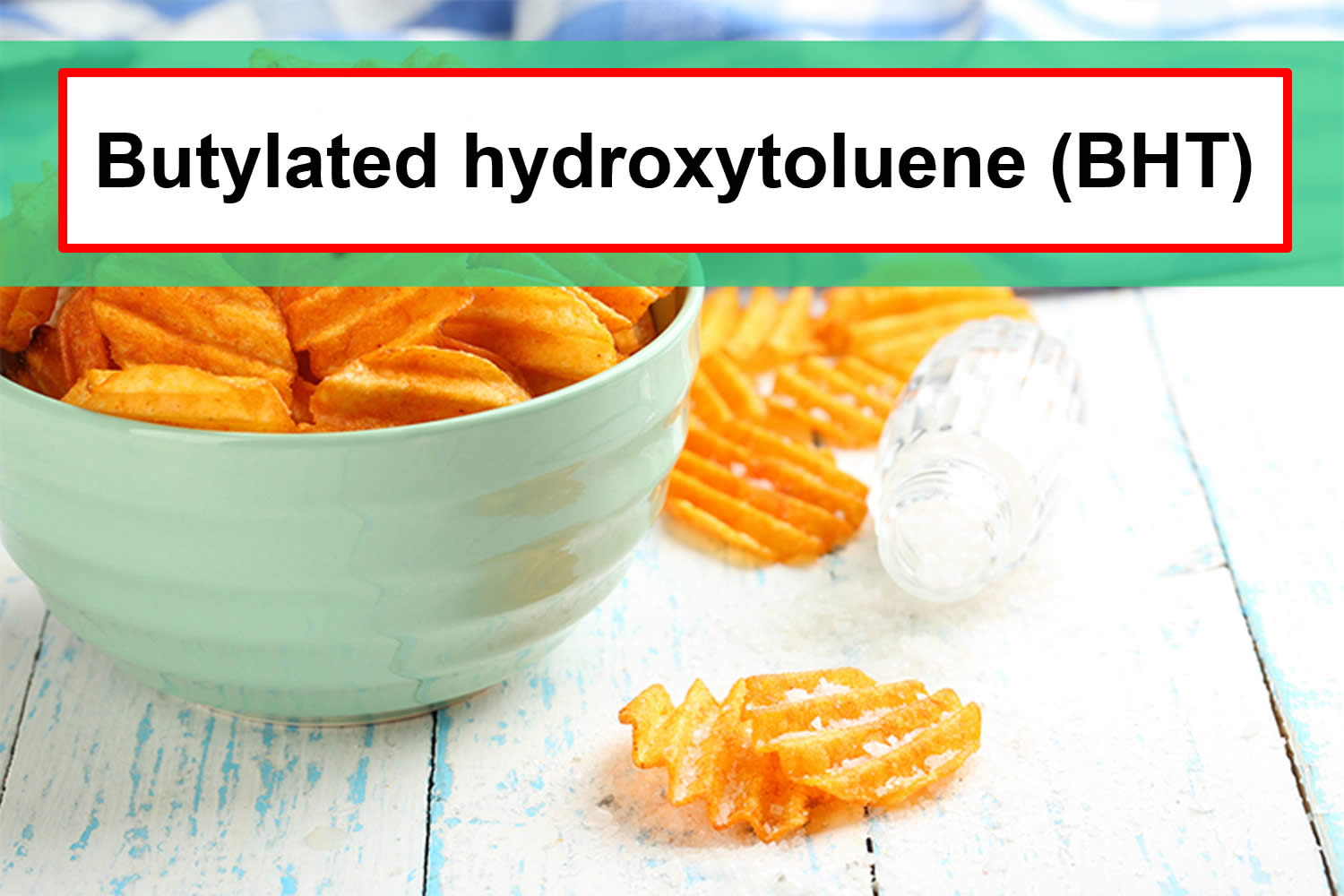 What is butylated hydroxytoluene

Butylated hydroxytoluene (2,6-Di-tert-butyl-4-methylphenol) also known as BHT or butylhydroxytoluene, is a synthetic α-tocopherol analogue antioxidant and preservative in the foods, cosmetics and pharmaceutical industry for scavenging hydrogen peroxide 1. Butylated hydroxytoluene (BHT) is a white, crystalline solid which is odorless or has a faint aromatic odor. Butylated hydroxytoluene is insoluble in water, and freely soluble in ethanol and fatty oils. It has a melting point of 70 °C and an octanol/water partition coefficient of 5.1 2. According to the Hazardous Substances Data Bank HSDB 3, butylated hydroxytoluene (BHT) is prepared in a multistep process by the reaction of p-cresol (4-
methylphenol) with high purity isobutylene (2-methylpropene) using an acid catalyst. Upon neutralization by addition of sodium carbonate, crystallization with isopropanol, filtration and washing with isopropanol, the substance is dried and sieved to obtain the final product.

During storage, food quality is reduced quickly because of microbial spoilage and chemical reactions 4. The most important quality deterioration in the food systems is caused by chemical processes called lipid oxidation. In this process unsaturated fatty acids reacting with molecular oxygen via a free radical chain mechanism 5. As a consequence, hydroperoxides are formed which are unstable and decompose relatively quickly into aldehydes, ketones, alcohols, acids, esthers or hydrocarbons. These secondary oxidative products are responsible for food quality, nutrition, safety, color and consumers’ acceptance 6. The variables that affect the susceptibility of lipids to oxidation are temperature, fatty acid composition, antioxidants, metals, enzyme-catalyzed reactions, and water 7. In order to slow or control food’s lipid oxidation, manufacturers use antioxiative substances. The most commonly used are butyl hydroxyanisole (BHA), butylated hydroxytoluene (BHT), tertiary-butyl hydroquinone (TBHQ), and propylgalate by directly adding them to food products 7.

Nowadays, active packaging which antioxidants are incorporated into packaging materials is an alternative way for food spoilage preservation 4. It can avoid contacting between the substances and the food as well as decrease the risk of adverse reactions 8. Active packaging extends the shelf life of food by preventing interacting of humidity or substances such as oxygen, ethylene, aroma or unusual flavors with the food 9. For example, incorporation of synthetic antioxidants, such as butylated hydroxytoluene (BHT) and butyl hydroxyanisole (BHA) in polyethylene film, showed to protect the fresh beef color from oxidation 10. However, in recent years, there has been a growing interest in the use of natural antioxidants in food packaging applications such as green tea extract with fish gelatin films 11, brown algae extract with tuna-skin gelatin 12, essential oil 13, tocopherols 14, catechin-lysozyme 15. Longan seeds and leaves have been employed as a good source of phenolic compounds, showing good antioxidant activity 16. 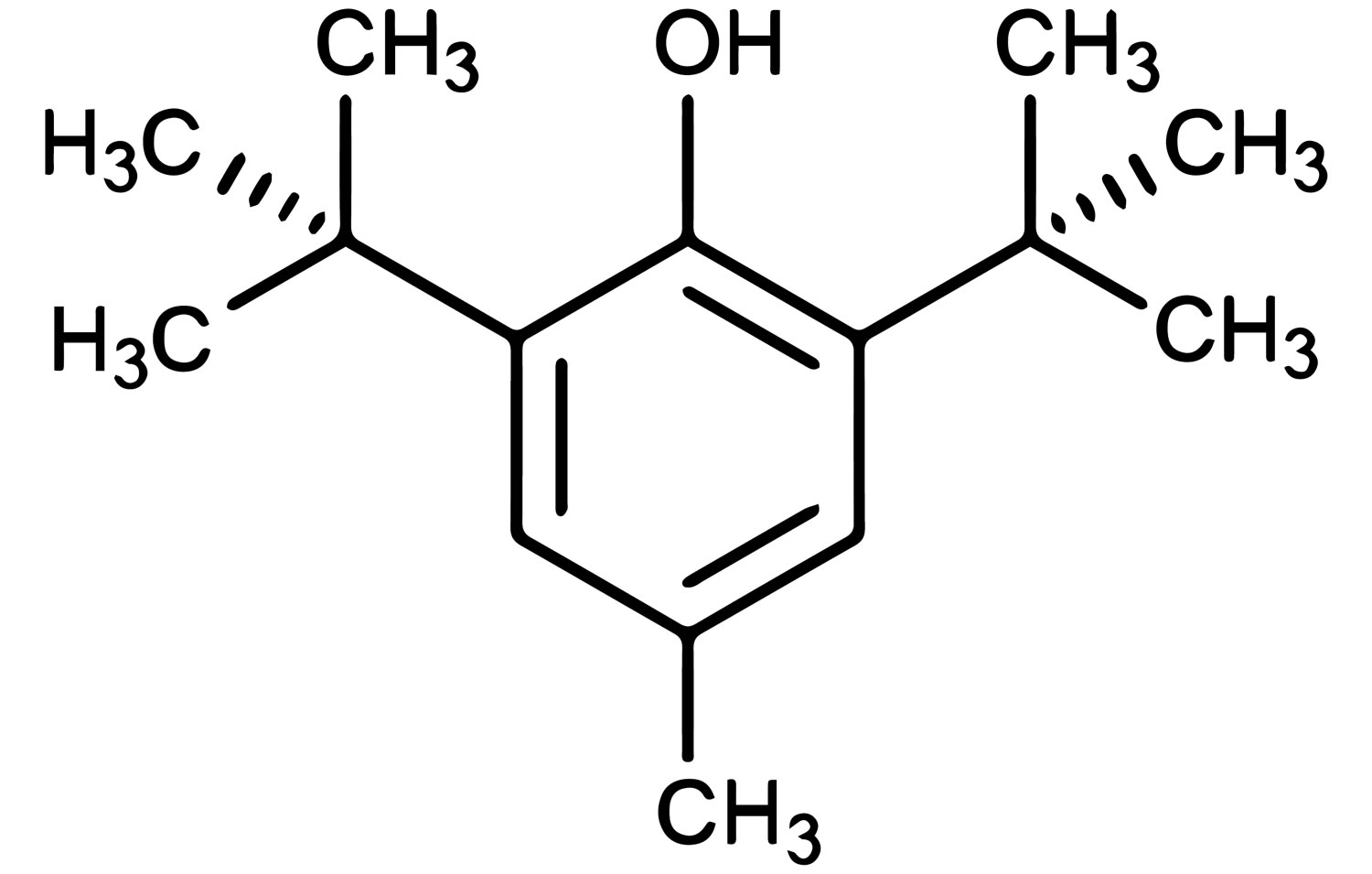 Table 1. Maximum Permitted Levels of butylated hydroxytoluene (BHT) in foodstuffs according to Directive No 95/2/EC and maximum reported use levels of BHT in foodstuffs used for the refined exposure assessment

Table 2. Summary of anticipated exposure to butylated hydroxytoluene (BHT) from its use as food additive using maximum reported use levels for four population groups

Short-term or subchronic exposure to butylated hydroxytoluene  (BHT) affects the liver of mice, rats and chickens, also showing histopathological changes in this organ. In addition, BHT has been shown to increase the relative thyroid and adrenal weight in rats. Newer data show an α-tocopherol sparing effect in rats.None of the studies available could be used to derive a No-observed-adverse-effect level (NOAEL).

The European Food Safety Authority (EFSA) Panel concluded that butylated hydroxytoluene (BHT) in high doses can exert tumor-promoting effects in some animal models. The data do not allow the establishment of a NOAEL for a carcinogen-promotional effect.

In conclusion, lung or liver tumors have been seen in some studies in mice or rats exposed orally to butylated hydroxytoluene (BHT) as the single test substance. BMD analyses of the data reported by Brooks et al. 31 on the incidence of lung neoplasia in mice induced by butylated hydroxytoluene (BHT) revealed a BMDL10 of 38 mg/kg body weight/day, and of the data reported by Olsen et al. 28 on the incidence of hepatocellular carcinomas in male rats induced by butylated hydroxytoluene (BHT) a BMDL10 of 247 mg/kg body weight/day. The NOAEL for non-neoplastic effects in the study of Olsen et al. 28 was 25 mg/kg bw/day, based on the effects on litter size, sex ratio and pup body weight gain during the lactation period in the reproduction segment of the study.

Recent patch test results obtained from the medical surveillance of great numbers of workers 37 or patients 38 were all negative.

The European Food Safety Authority (EFSA) Panel noted that these limited reports do not allow any conclusions to be drawn about sensitization to butylated hydroxytoluene (BHT) following oral intake.

Shilian and Goldstone 39 reported a case of gastritis caused by ingestion of butylated hydroxytoluene (BHT) in a 22-year-old woman who ingested 4 g of butylated hydroxytoluene (BHT) on an empty stomach two days before the onset of the gastritis. This amounts to an acute dose of about 67 mg/kg bw assuming a body weight of 60 kg. Later that evening she experienced severe epigastric cramping, generalized weakness, nausea and vomiting, followed by dizziness, confusion and a brief loss of consciousness.

A similar case study was reported by Grogan 40. A 24-year-old woman complained of lightheadedness, unsteadiness of gait and slurred speech. On examination the following findings were noted: dysarthria, wide-based gait, a positive Romberg test, slowed mentation without thought disorder and dysmetria of the left (non-dominant arm). On the evening before admission the patient ingested 80 grams of butylated hydroxytoluene (BHT) suspended in safflower oil on an empty stomach. This dose is estimated to be equivalent to about 1.3 g/kg bw, assuming a 60 kg body weight.

The EU Scientific Committee for Food (SCF) 41 concluded that a series of studies has shown that some, but not all species tested show hemorrhage and/or a reduction in blood prothrombin index after dosing with butylated hydroxytoluene (BHT). The mechanisms by which butylated hydroxytoluene (BHT) brings about these effects appear to be several but the major effect is a reduction in activity of certain clotting factors, principally those which are vitamin K-dependent. The most susceptible species for hemorrhagic effects appears to be the rat, and for this species the NOAEL for transient reduction (1 week duration) of the prothrombin index was approximately 9 mg/kg body weight/day, and for persistent reduction (4 week duration), approximately 250 mg/kg body weight/day given with the diet. Chickens may also respond with hemorrhage of the liver 42.

Administration to groups of five male Slc:ddY mice of 0.5%, 1.0% or 2.0% butylated hydroxytoluene (BHT) in a purified diet (equivalent to 660, 1390 or 2860 mg/kg body weight/day) for 21 days resulted in a dose-related increase in the mortality due to massive haemorrhage in the lungs 22.

Administration to groups of five male Slc:ddY mice of 0.5%, 1.0% or 2.0% butylated hydroxytoluene (BHT) in a purified diet (equivalent to 660, 1390 or 2860 mg/kg body weight/day) for 21 days resulted in a dose-related increase in the mortality due to massive hemorrhage in the lungs 22.

Special studies on effects on the thyroid

Based on this observation the European Food Safety Authority (EFSA) Panel noted that the NOAEL of this study would be 25 mg/kg body weight/day.

Although rodents and humans share a common physiology in regard to the thyroid-pituitary feedback system, a number of factors contribute to the greater sensitivity of the rat to long-term perturbation of the pituitary thyroid axis which predisposes it to a higher incidence of proliferative lesions in response to chronic TSH stimulation than human thyroid.

Both humans and rodents have nonspecific low affinity protein carriers of thyroid hormone (e.g., albumin). However, in humans, other primates, and dogs there is a high affinity binding protein, thyroxine-binding globulin (TBG), which binds T4 (and T3 to a lesser degree); this protein is not present in rodents, birds, amphibians and fish, and has a 1000-fold greater binding affinity than nonspecific low affinity protein carriers.

Although qualitatively the rat is an indicator of a potential human thyroid cancer hazard, humans appear to be quantitatively less sensitive than rodents to developing cancer from perturbations in thyroid-pituitary status. Given that the rodent is a sensitive model for measuring the carcinogenic influences of TSH and that humans appear to be less responsive, effects on rodents would represent a conservative indicator of potential risk for humans. Rodent cancer studies typically include doses that lead to toxicity, including perturbation in thyroid-pituitary function over a lifetime. The relevance of the experimental conditions to anticipated human exposure scenarios (i.e., dose, frequency and time) should be considered. In addition, chemically-induced effects that are produced by short-term disruption in thyroid-pituitary function appear to be reversible, when the stimulus is removed.

Butylated hydroxytoluene (BHT) is a synthetic antioxidant authorized as a food additive in the European Union that was previously evaluated by the European Union Scientific Committee for Food (SCF) in 1987 and the Joint FAO/WHO Expert Committee on Food Additives (JECFA) several times, the latest in 1996.

Since the NOAEL of 25 mg/kg body weight/day for the reproductive effects is below the BMDL10 values for hepatocellular carcinomas in long-term studies with butylated hydroxytoluene (BHT), the Panel concluded that this NOAEL also covers this effect. 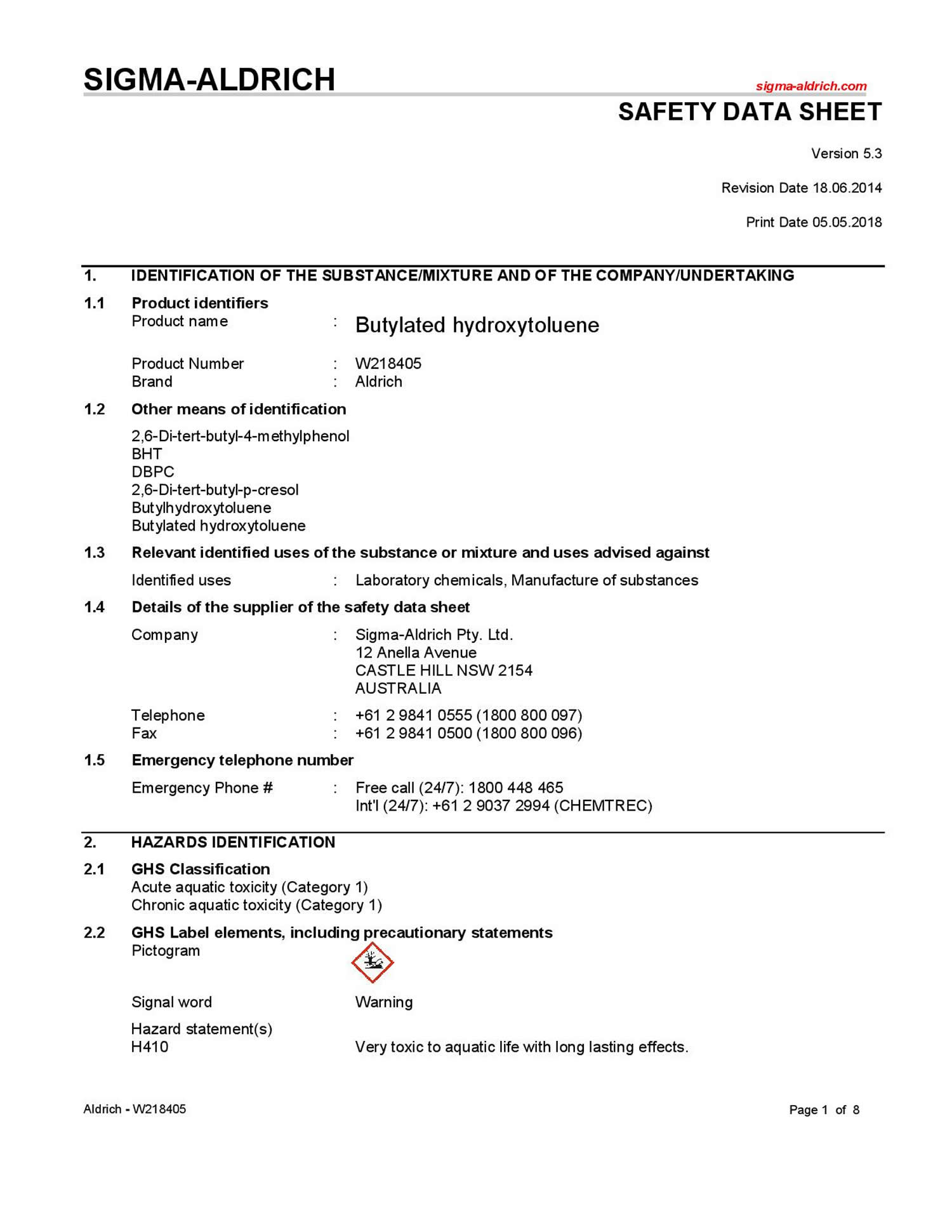 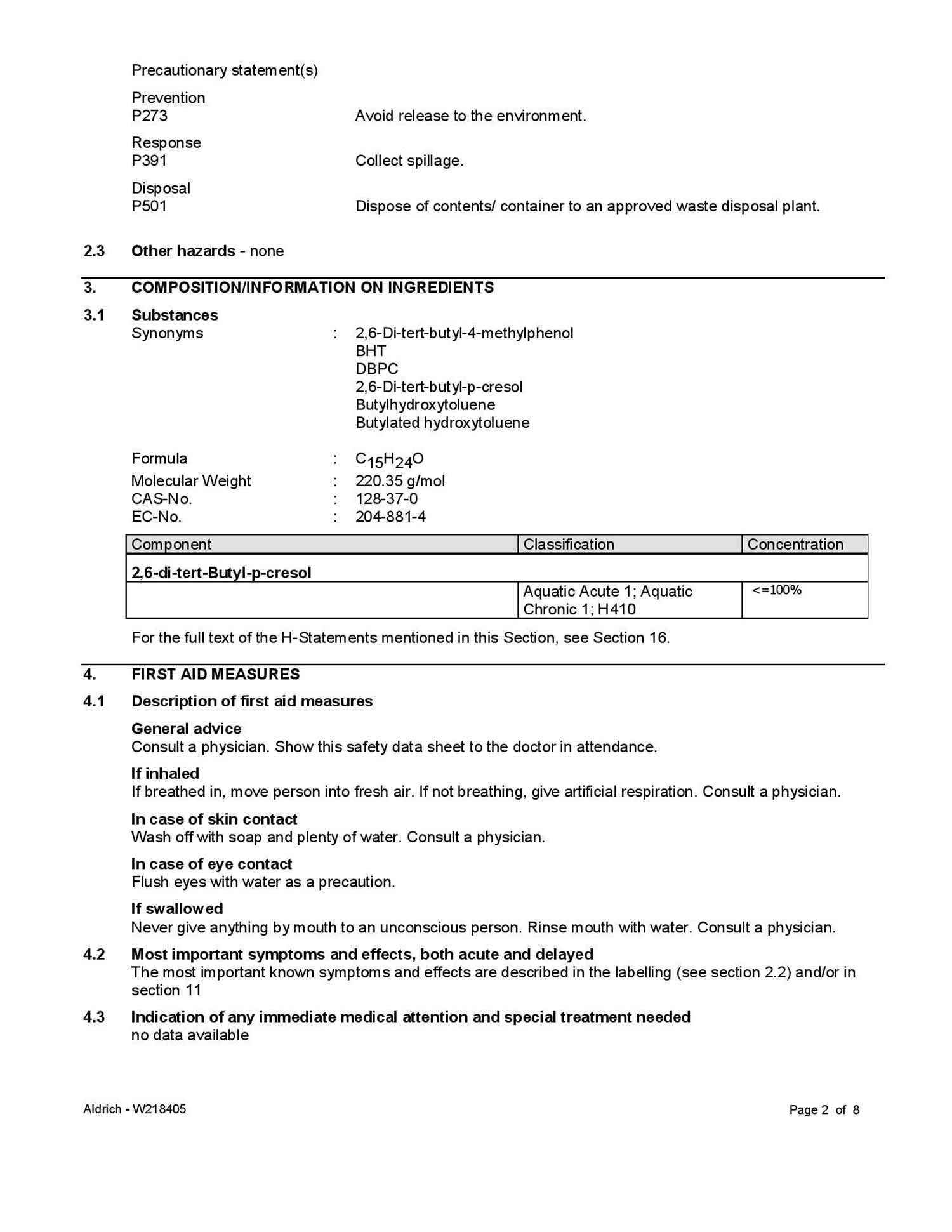 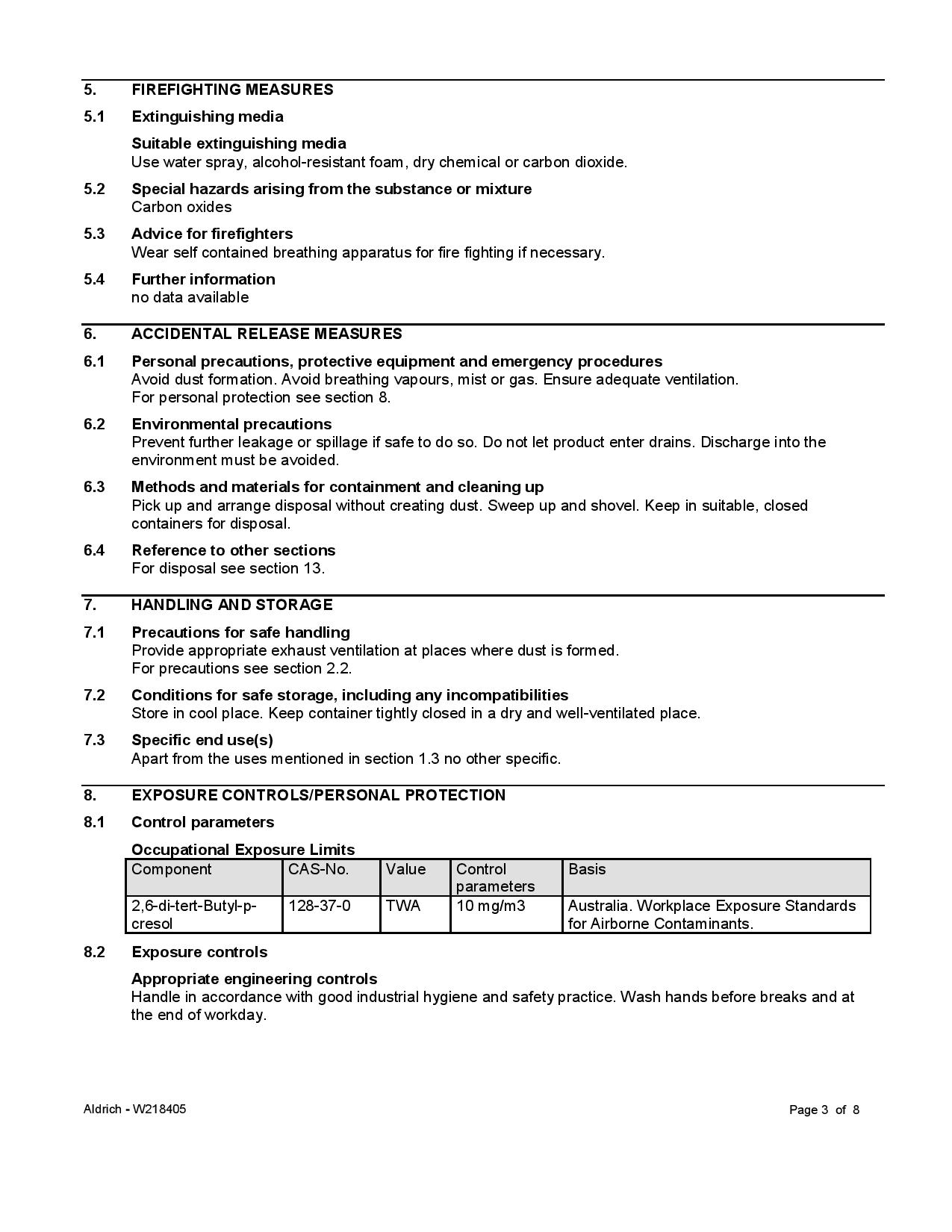 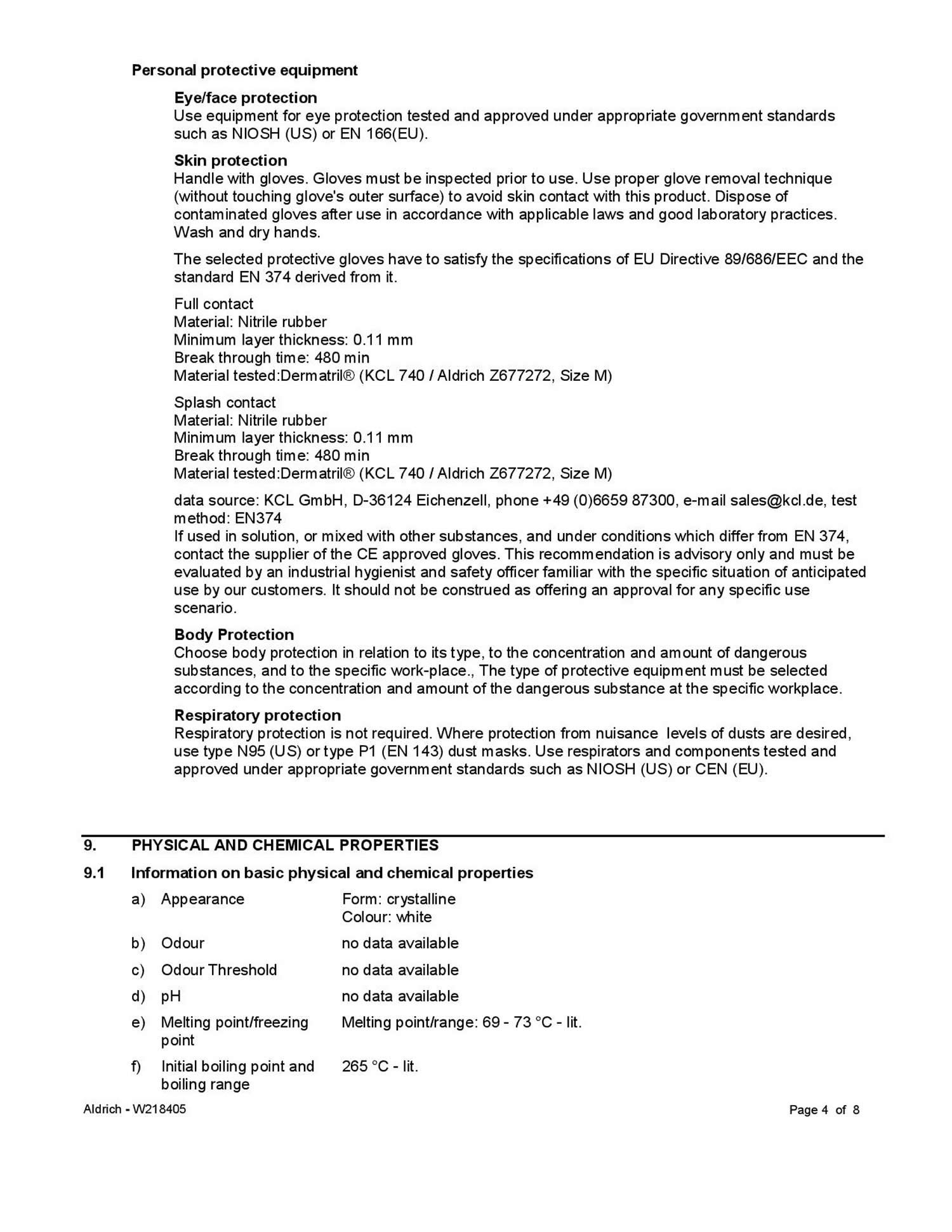 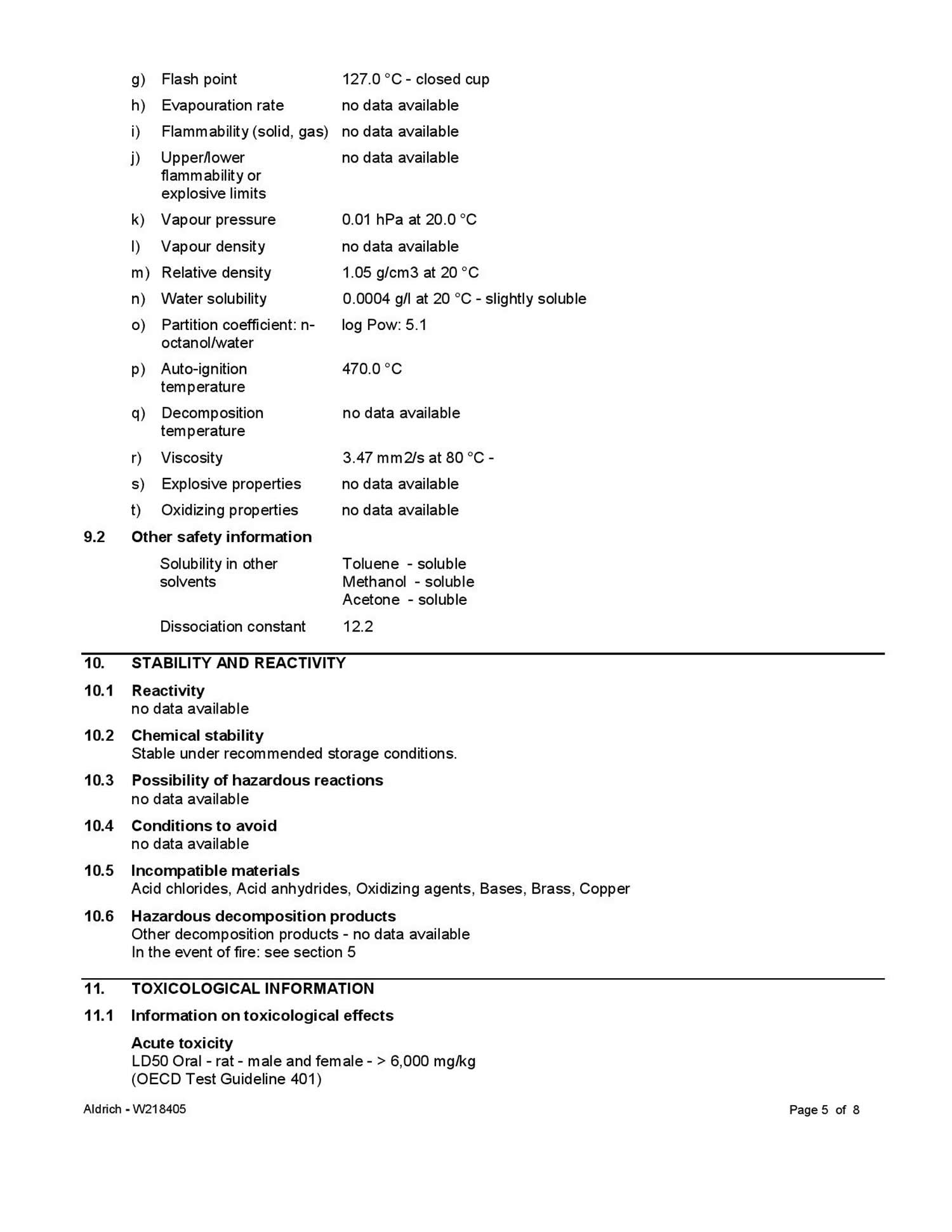 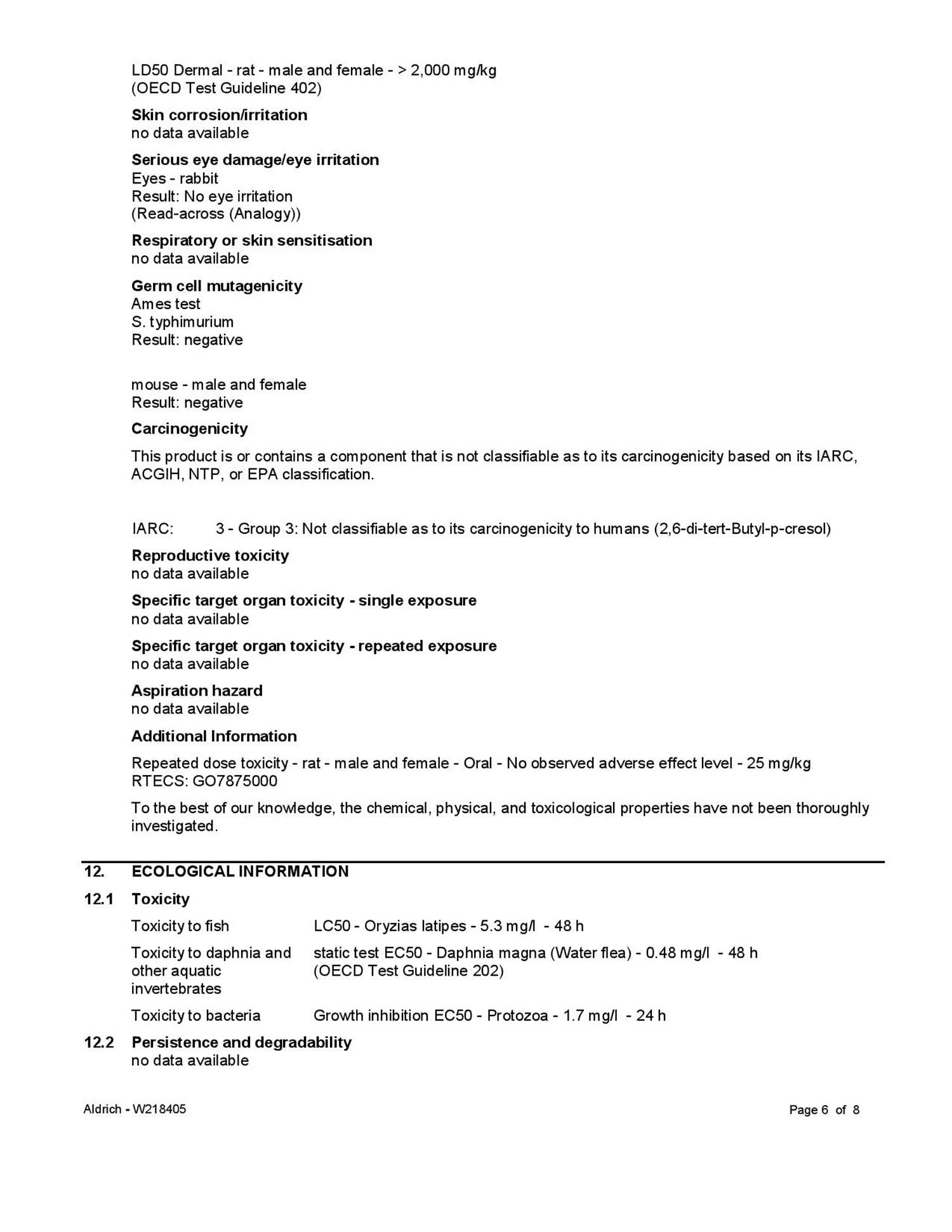 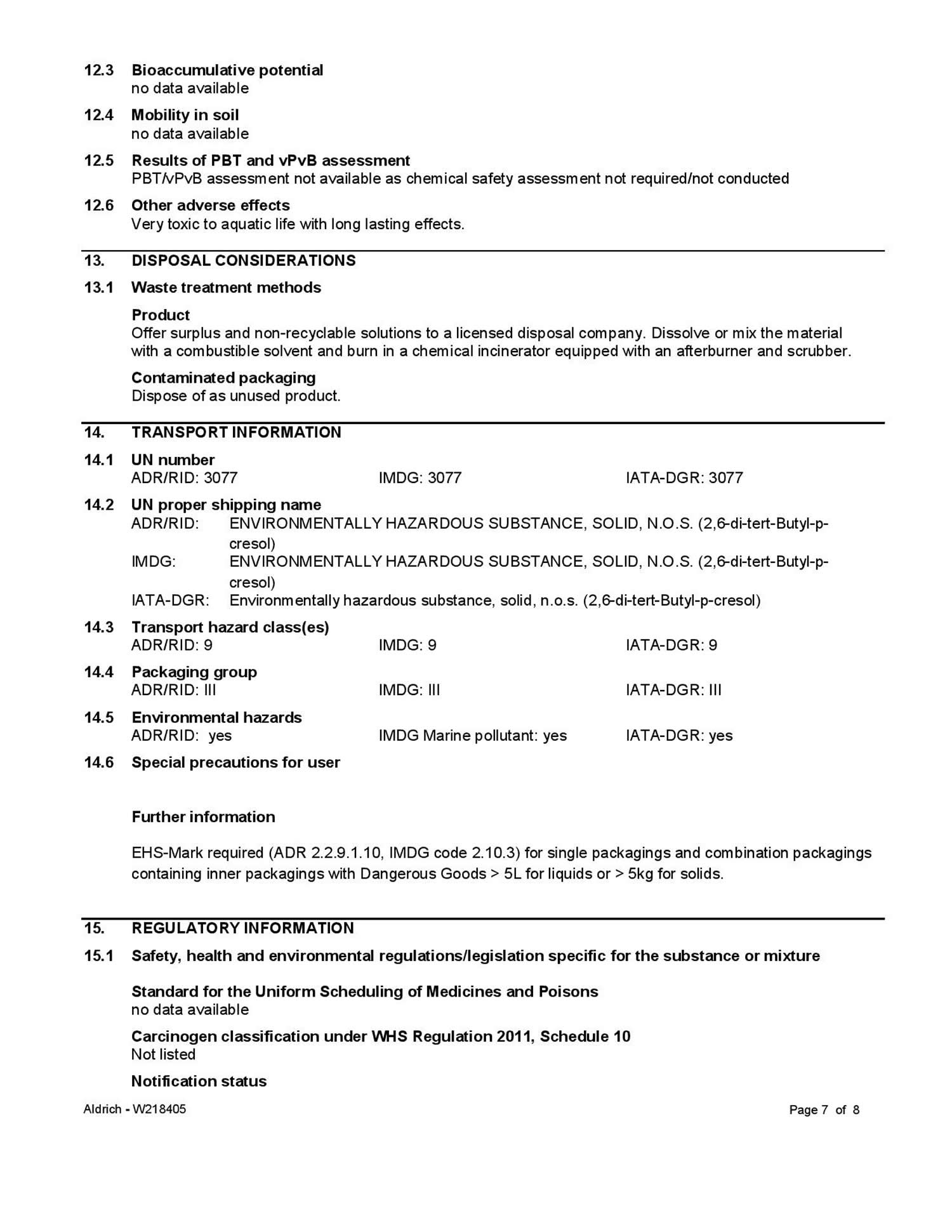 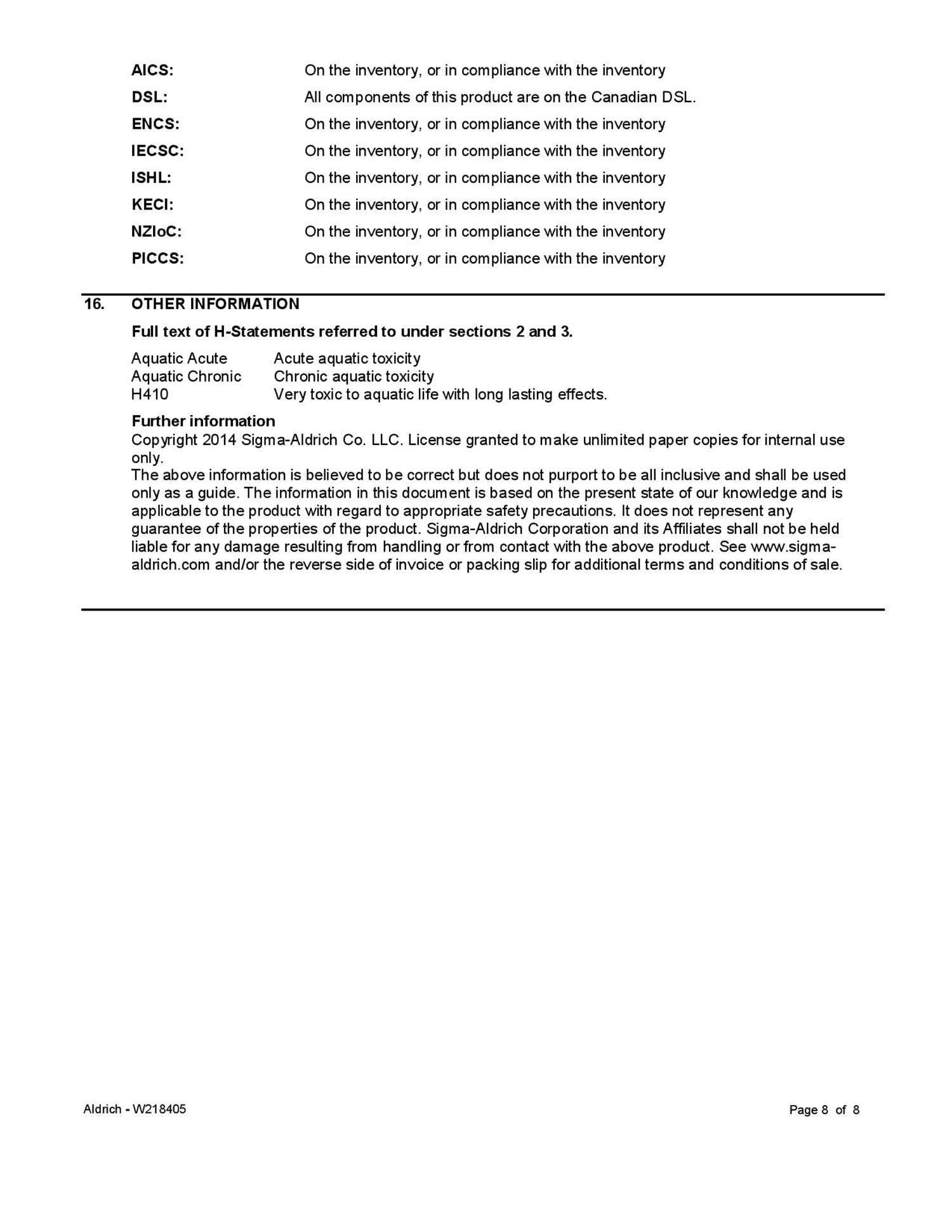 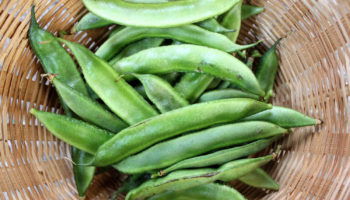 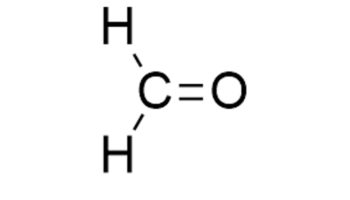 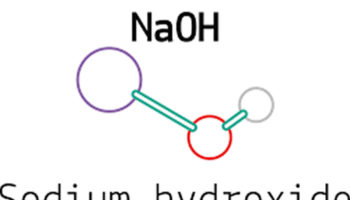 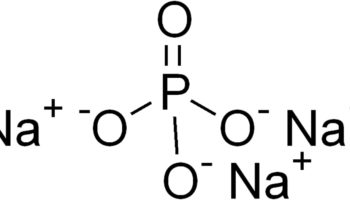