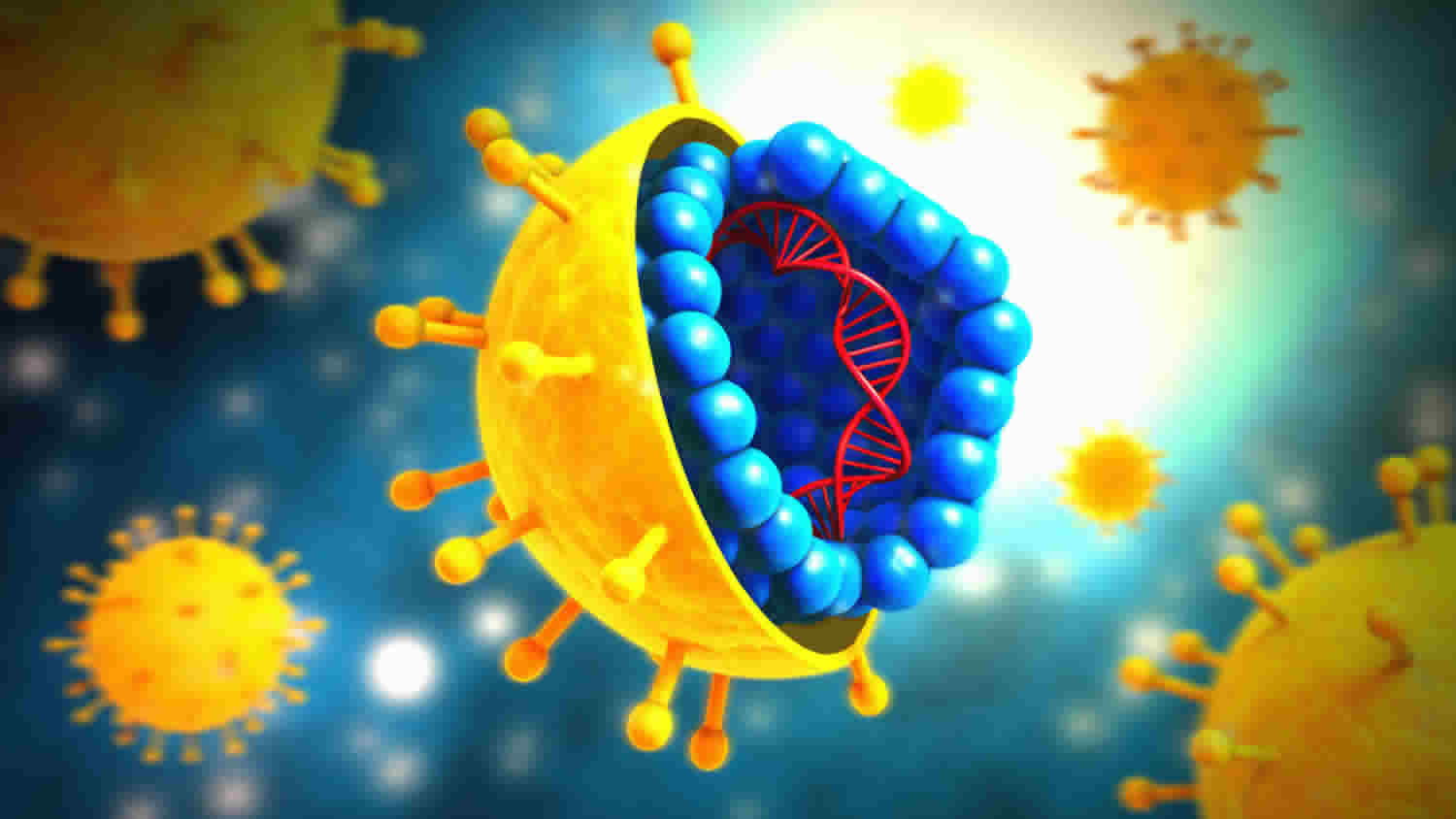 Coxsackieviruses belong to the family Picornavirus and the genus Enterovirus, which also includes polioviruses, echovirus and hepatitis A virus, that live in the human digestive tract. Coxsackieviruses can spread from person to person, usually on unwashed hands and surfaces contaminated by feces (poop), where they can live for several days.

Coxsackieviruses share many characteristics with poliovirus. With control of poliovirus infections in much of the world, more attention has been focused on understanding the nonpolio enteroviruses such as coxsackievirus.

The development of insulin-dependent diabetes (type 1 diabetes) has recently been associated with recent enteroviral infection, particularly coxsackievirus B infection. This relationship is currently being studied further.

Death due to coxsackievirus infection is uncommon. Neonates and immunocompromised individuals are at most risk for complications secondary to all enteroviral infections.

When you should see a medical professional

See your doctor immediately if you or your child has any of these symptoms:

Coxsackieviruses are very contagious. They can be passed from person to person on unwashed hands and surfaces contaminated by feces. Coxsackievirus also can be spread through droplets of fluid sprayed into the air when someone sneezes or coughs.

When an outbreak affects a community, risk for coxsackievirus infection is highest among infants and children younger than 5. Coxsackievirus spreads easily in group settings like schools, childcare centers, and summer camps. People are most contagious the first week they’re sick.

In cooler climates, outbreaks most often happen in the summer and fall, but tropical parts of the world have them year-round in.

How long do coxsackievirus infections last?

How long the coxsackievirus infection lasts can vary. People who only have a fever may see their temperature return to normal within 24 hours, although the average fever lasts 3 days. Hand, foot, and mouth disease usually lasts for 2 or 3 days; viral meningitis can take 3 to 7 days to clear up.

Coxsackievirus B (serotypes 2-5) and echoviruses account for more than 90% of viral causes of aseptic meningitis.

Coxsackieviruses cause many different types of rashes. Whether the viruses directly cause the rashes or immunologic mechanisms are responsible for the rashes is not known. An exception is hand, foot, and mouth disease, in which viruses are isolated directly from the lesions. Hand, foot, and mouth disease is predominantly caused by coxsackievirus A16. In most other instances, rashes can be attributed to coxsackieviruses only if findings on concurrent polymerase chain reaction (PCR) or serology are positive.

Coxsackievirus serotype A24 generally causes acute hemorrhagic conjunctivitis. Transmission usually occurs via contact of contaminated fingers or fomites with the eyes. To prevent further transmission, strict handwashing should be encouraged and sharing of towels should be avoided.

There is no vaccine to prevent coxsackievirus infection. Hand washing is the best protection. Remind everyone in your family to wash their hands well and often, especially after using the toilet, after changing a diaper, before meals, and before preparing food. Shared toys in childcare centers should be cleaned often with a disinfectant because the virus can live on these objects for days.

Adults and children who are sick with a coxsackievirus infection should be kept out of school or childcare for a few days to avoid spreading the infection.

Coxsackievirus can produce a wide variety of symptoms. More than 90% of coxsackieviruses infections have no symptoms or cause nonspecific febrile illnesses. Others suddenly get a high fever, headache, and muscle aches, and some also develop a sore throat, abdominal discomfort, or nausea. A person with a coxsackievirus infection may simply feel hot but have no other symptoms. In most people, the fever lasts about 3 days, then disappears.

Coxsackieviruses can cause symptoms that affect different body parts, including:

Occasionally, coxsackieviruses can cause more serious infections that may need to be treated in a hospital, including:

Patients with aseptic meningitis may have rapid or gradual onset of fever and chills, nausea and vomiting, malaise, headaches, neck pain, light sensitivity, and upper respiratory symptoms. Infants younger than 3 months have been noted to have the highest incidence of clinically recognized aseptic meningitis, partly because lumbar punctures are often performed for the evaluation of fever in this age group. These infants often present with only a febrile illness characterized by irritability and anorexia. Meningismus occurs in only approximately 50% of infants with enteroviral meningitis.

Seizures, lethargy, and movement disorders occur early in the course of disease and have been reported in 5-10% of patients with enteroviral meningitis. No long-term neurologic deficits appear to exist in infants with aseptic meningitis. Adults may experience a more prolonged period of fever and headache compared with infants and children.

On examination, patients may have signs of nuchal rigidity and other evidence of meningeal irritation, photophobia, pharyngitis, and rash.

Encephalitis is an unusual manifestation of central nervous system (CNS) infection, although it is sometimes observed in association with aseptic meningitis. Enteroviruses accounts for approximately 5% of all cases of encephalitis. Coxsackievirus types A9, B2, and B5 have been linked with encephalitis. In rare cases, it mimics encephalitis secondary to herpes simplex virus.

In contrast to patients with aseptic meningitis, whose brain function is normal, patients with encephalitis may present with cerebral dysfunction that manifests as altered mental status, personality changes, and neurologic deficits (eg, motor, sensory, speech impairment). An electroencephalogram (EEG) may be helpful in localizing and characterizing the seizure focus.

Rarely, coxsackieviruses have been implicated in additional neurologic diseases such as sporadic cases of flaccid motor paralysis that closely mimic poliovirus infection. Additionally, cases of Guillain-Barré syndrome have been described with coxsackievirus serotypes A2, A5, and A9.

Myopericarditis can occur at any age although has a predilection for adolescents and young adults. Enteroviruses account for half of all cases of acute viral myopericarditis.

Manifestations of myopericarditis range from an asymptomatic presentation to heart failure and death. Between the two extremes, most patients report dyspnea, chest pain, fever, and malaise.

Symptoms may be preceded by an upper respiratory infection within the preceding 7-14 days.

The male-to-female ratio is 2:1. The mortality rate is low, and the prognosis in children is believed to be better than that in adults. Complications include pericardial effusion, arrhythmia, heart block, valvular dysfunction, and dilated cardiomyopathy.

The presentation in patients with myopericarditis ranges from asymptomatic to critical illness secondary to severe heart failure. Most patients report fever, malaise, upper respiratory tract symptoms, dyspnea, and chest pain. Chest pain increases when the patient is lying down and improves when the patient sits up and leans forward. On examination, the point of maximal pulse may be displaced, pericardial friction rub may be heard, and signs of heart failure (eg, S3 gallop, pulmonary edema) may be present.

Hand-food-and-mouth disease often affects children and spreads easily to other family members. Patients present with a sore throat and mouth. Vesicles that coalesce, form bullae, and then ulcerate form on the buccal mucosa and tongue. Seventy-five percent of patients have peripheral cutaneous lesions at approximately the same time. Biopsy reveals intracytoplasmic viral particles. The most common virus isolated is coxsackievirus A16. Numerous cases of a more severe hand-food-and-mouth disease caused by coxsackievirus A6 were reported between 2004 and 2011 in several Asian and European countries 7). Additionally, between 2011 and 2012 in the United States, several cases of severe hand-food-and-mouth disease were reported, with 74% of those cases testing PCR positive for coxsackievirus A6; about 25% of reported cases were in adults 8).

Herpangina is a vesicular enanthem of the posterior oropharynx with fever, sore throat, occasional throat exudate, odynophagia, and dysphagia, which is observed more often in young children than in adolescents and adults. Prompt recovery is typical, with almost all patients recovering completely. Group A coxsackieviruses are the most common viruses isolated from herpangina patients.

This is a muscular disease, and viral invasion of muscles, causing inflammation, is suspected; however, direct histologic evidence is lacking. Epidemic pleurodynia is usually associated with outbreaks of group B coxsackievirus infection.

Patients present with fever and sharp, paroxysmal, spasmodic pain in the chest and upper abdomen.

On physical examination, edema of the involved muscles and tenderness to palpation may occur.

All patients recover completely within 1 week.

Pain and edema of the eyelids and subconjunctival hemorrhage are present.

This condition is highly contagious and has resulted in epidemics and pandemics.

Physical examination findings include subconjunctival hemorrhage. Eye pain, edema of the eyelids, photophobia, and a serous discharge may be present. Slit lamp examination may reveal keratitis.

Definitive diagnosis can be made based on isolation of the coxsackievirus in cell culture. Cytopathic effect can usually be seen within 2-6 days. Samples are normally taken from the stool or rectal swabs but may be isolated from the oropharynx early in the disease course. False-positive culture results are possible, as excretion can occur for up to 8 weeks after initial infection. Serology can be difficult to interpret. Traditionally, enteroviral infections have been noted after a rise in neutralizing antibodies titer (at least a 4-fold rise in titer between acute and convalescent phase). PCR (polymerase chain reaction) is also available, with a sensitivity of 66-90%.

Head CT scanning without contrast may be obtained upon initial presentation of meningitis and/or encephalitis to rule out hemorrhage, increased intracranial pressure, or mass lesions.

An EEG can be used to detect the presence of and localize seizure activity.

Obtain a throat culture to rule out streptococcal pharyngitis and/or tonsillitis.

HIV testing is always appropriate in patients who present with nonspecific febrile illness or rashes.

Lumbar puncture is crucial in the evaluation of meningitis and/or encephalitis.

Skin biopsy may be helpful in the evaluation of nonspecific exanthems.

Obtain a Tzank smear to rule out herpes virus infection.

The workup needs to rule out bacterial meningitis, and appropriate antibiotics should be administered until the workup is complete. Diagnosis requires cerebrospinal fluid (CSF) evaluation, which tends to show a lymphocytic predominance, normal-to-decreased glucose levels, and normal-to-slightly elevated protein levels. The virus can be isolated via cell culture (sensitivity, 30-35%) or PCR (sensitivity, 66-90%). A recent study in infants reported that routine CSF PCR for enteroviruses resulted in shorter hospital stays (by 1.54 days) and a decreased duration of antibiotic use (by 33%) 9).

Diagnosis is generally circumstantial, with evidence of infection from the oropharynx, feces, or on serology.

Echocardiography can be used to evaluate overall cardiac function and valvular disease in patients with myopericarditis and heart failure.

Diagnosis requires conjunctival swabs or scrapings, which are 90% successful. A rising antibody titer can be demonstrated.

You can give acetaminophen (paracetamol) or ibuprofen to relieve minor aches and pains. If the fever lasts for more than 24 hours or if you or your child has any symptoms of a more serious coxsackievirus infection, call your doctor.

Most people with a simple coxsackievirus infection recover completely after a few days without needing any medical treatment. An adult or child who has a fever without any other symptoms should rest in bed or play quietly indoors. Offer plenty of fluids to prevent dehydration.

Pleconaril, an enteroviral capsid-stabilizing drug, appeared to reduce symptoms in a randomized double-blind study (N = 33) 10), but has not been licensed by the Food and Drug Administration (FDA).

Not all patients require hospitalization, but consider admission for patients with changes in mental status or neurologic deficits.

Intravenous immunoglobulin (IVIg) has been of anecdotal benefit, but no randomized trials have been conducted. A large prospective trial of prednisone with cyclosporine or azathioprine showed no difference compared to supportive treatment alone 11). Recent experiments have shown that carvedilol, a nonselective beta-blocker, attenuates myocardial lesions and decreases myocardial virus replication in a murine model. However, this intervention has not been evaluated in humans 12).

Analgesics, narcotics, and heating pads are the mainstays of therapy. All patients recover completely within 1 week.

Treatment is symptomatic, and no antimicrobial agent is necessary in the absence of bacterial superinfection.

Both IVIG (intravenous immunoglobulin) and pleconaril have been used in immunocompromised patients with enteroviral infections (neonates and B-cell immunodeficient) with varying success.

Test tube studies have suggested that arbidol may have potential as a future antiviral agent with activity against coxsackievirus, but no trials in humans have yet been performed 13).