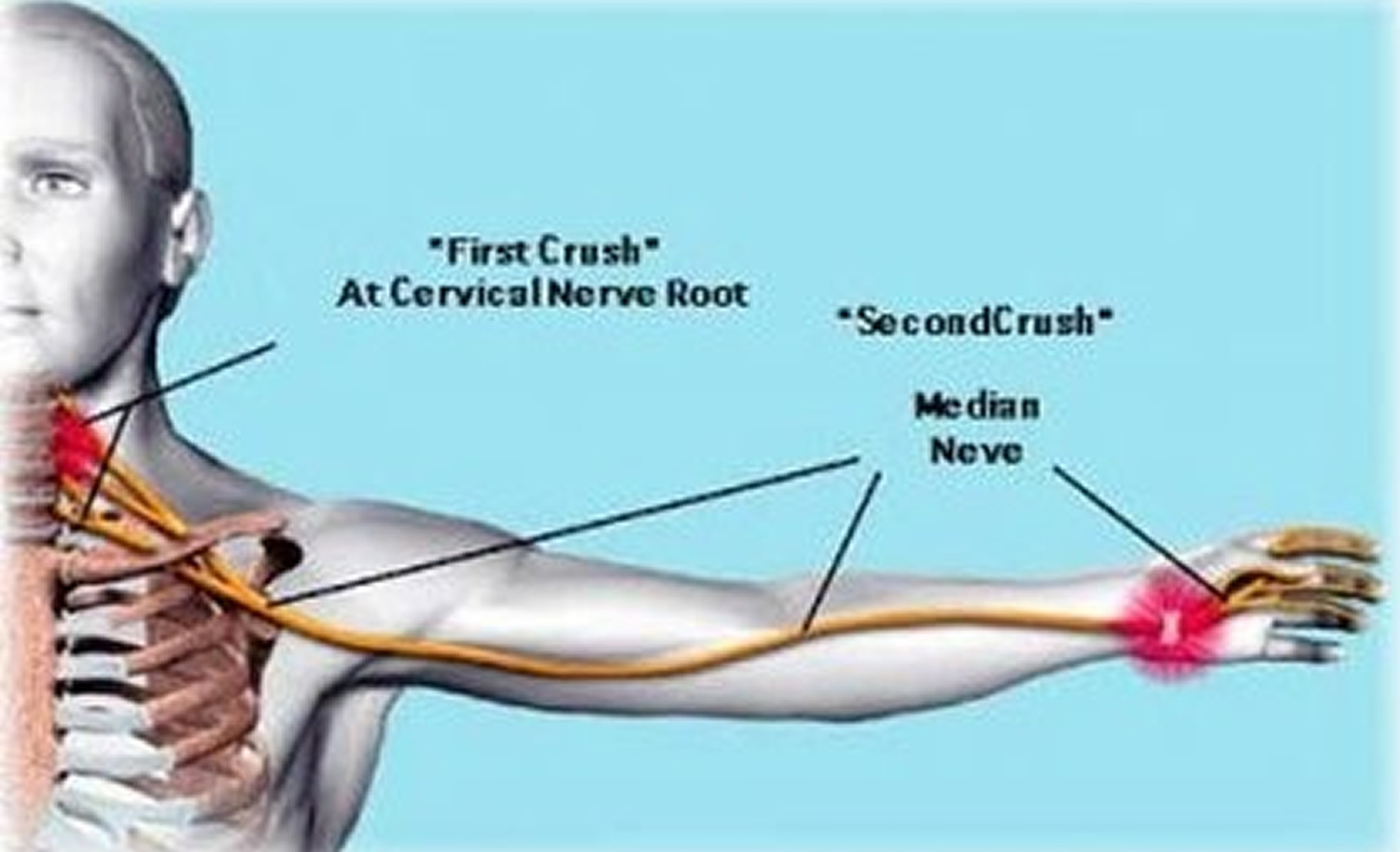 Double crush syndrome is refers to the coexistence of distinct compression at two or more locations along the course of a peripheral nerve 1). Compression along a peripheral nerve at multiple locations could contribute to the vague, nonspecific, or atypical symptoms of the patient and and these patients characteristically fail to improve after single site decompression surgery 2), 3). Double crush syndrome remains incompletely understood and optimal treatment paths are unclear 4). Upton and McComas in 1973 theorized that a proximal compression of a peripheral nerve could render the distal peripheral nerve more susceptible to injury due to a disruption in axonal flow or axon transport mechanism 5). The nerve cell body produces material that is necessary for normal function of the axon. The material travels distally along the axon. Break down products return in a proximal direction by the axonal transport system. Disruption of the synthesis or blocking of transport of these materials (antegrade/retrograde) increases sustainability of the axon to compression 6), 7), 8). Other investigators have noted neural ischemia, inherent elastic characteristics of the nerve, systemic diseases such as diabetes and thyroid disease, and chemotherapeutic agents in creating the “first hit” along a nerve that renders its distal segment prone to injury 9), 10). In 2011, a panel of 17 international experts was convened to determine the most likely mechanisms producing a peripheral nerve insult that would predispose the nerve to the development of another disorder. Fourteen mechanisms were identified through various rounds of surveying, of which 4 were identified as highly plausible. These were impaired axonal transport, ion channel upregulation or downregulation, inflammation in the dorsal root ganglions, and neuroma-in-continuity 11). For example, the commonest type of double crush syndrome is the one involving the median nerve (a mixed sensory and motor nerve) with the coexistence of carpal tunnel syndrome with cervical radiculopathy (cervical nerve root compression that occurs when a nerve in the neck is compressed or irritated where it branches away from the spinal cord) or brachial plexus compression 12), 13), 14), 15). You have 8 cervical nerves (C1 to C8), but those most commonly pinched are C5, C6, and C7. Except for the nerve roots, any other sites proximal to carpal tunnel along the median nerve can also serve as the proximal compression sites. Previous studies have shown double crush syndrome occurring between the cervical spine and the median nerve at a rate of 18% 16) with C5 and C6 being the most commonly affected nerve roots 17). Identifying which area of nerve compression or irritation, proximal or distal, is most responsible for a patient’s symptoms is often challenging for the clinician 18). Importantly, 30% of median nerve double crush patients considered their carpal tunnel release a failure, which may be likely related to persistent foraminal stenosis at the cervical spine 19). However, cervical radiculopathy should not have an effect on distal sensory conduction tests and on distal myelin; most of the patients with carpal tunnel syndrome were found to have prolonged sensory latency and focal demyelination at electrophysiological investigations 20). Electrodiagnostic studies of median nerve mononeuropathy failed to meet the anatomical and pathophysiological requirements of the double crush hypothesis in the majority of patients 21).

While the double crush most commonly involves carpal tunnel syndrome and C5 andC6 radiculopathy, it also can involve the ulnar nerve (entrapped at the elbow or less commonly in the hand) and C8 radiculopathy or “handcuff neuropathy” (superficial radial sensory nerve at the wrist) and C5 radiculopathy 22). Less frequently double crush syndrome occurs in the leg, which is supplied by 5 lumbar nerve roots (L1 to L5) and two sacral nerve roots (S1 and S2) 23). The most common double crush of the lower limb involves the common peroneal nerve at or near the knee and an L5 radiculopathy. Both can create weakness – a foot drop – which appears farther down the limb.

Patients with double crush syndrome can experience a variety of symptoms. In addition to weakness, numbness, tingling, pins and needles and pain in the the hands, fingers or forearm, a person can also experience headaches and neck pain (if the neck is involved). The patient with double crush syndrome can also display a variety of clinical signs, such as a slouched posture with a forward head. As mentioned above, double crush syndrome involves two compression sites. An example of this could be a patient with carpal tunnel syndrome as well as having joint degeneration in the neck (which is also irritating and compressing the nerve). This can prove difficult for the clinician to detect and diagnose.

Typical presentation of double crush syndrome in the arms:

Typical presentation of double crush syndrome in the legs:

The cause and pathophysiology of double crush syndrome is controversial 35). It is still unclear why carpal tunnel syndrome and cervical radiculopathy are observed together 36). The classic description of double crush syndrome was first described in 1973 by Upton and McComas 37) who theorized that a proximal compression of a peripheral nerve could render the distal peripheral nerve more susceptible to injury due to a disruption in axonal flow or axon transport mechanism. The clinicians developed their postulate after clinical observation of patients presenting with peripheral nerve neuropathy who also had associated cervicothoracic nerve root pathology.

In 2011, a panel of 17 international experts was convened to determine the most likely mechanisms producing a peripheral nerve insult that would predispose the nerve to the development of another disorder. Fourteen mechanisms were identified through various rounds of surveying, of which 4 were identified as highly plausible. These were impaired axonal transport 42), alteration of nerve elasticity 43), ion channel upregulation or downregulation, decreased intraneural microcirculation 44), 45), inflammation in the dorsal root ganglions, and neuroma-in-continuity 46). Other investigators have noted neural ischemia, systemic diseases such as diabetes and thyroid disease, and chemotherapeutic agents in creating the “first hit” along a nerve that renders its distal segment prone to injury 47), 48).

Compared with the upper extremity, less literature is available on lower extremity double crush syndrome. However, the concept and proposed pathophysiology is applicable to any nerve, and clear examples of double crush syndrome involving the lumbar roots and requisite peripheral nerves have been described. Giannoudis et al 49) reported an increased risk and poor prognosis for patients with acetabular fractures with proximal and distal nerve injury. Nine of 27 patients (33%) with initial neurologic injury who underwent fixation of an acetabular fracture had evidence of neuropathy involving the sciatic nerve proximally and the peroneal nerve distally at the neck of the fibula. In a study by Sunderland 50), all patients with double crush syndrome pathology showed poor recovery.

Trauma may contribute to lower extremity double crush syndrome. Several reports note the high incidence of sciatic nerve injury, ranging from 10% to 25% in patients with posterior hip dislocation and acetabular fracture 51). Golovchinsky 52) showed an overlap of distal peripheral entrapment in the lower extremities in patients with lumbar neural compression. Another clinical example of lower extremity double crush syndrome is represented by tarsal tunnel syndrome in which the posterior tibial nerve is compressed under the flexor retinaculum. In a case series of three patients, tarsal tunnel syndrome was diagnosed after an acute event proximal to and not involving the ankle, representing a double crush syndrome 53). 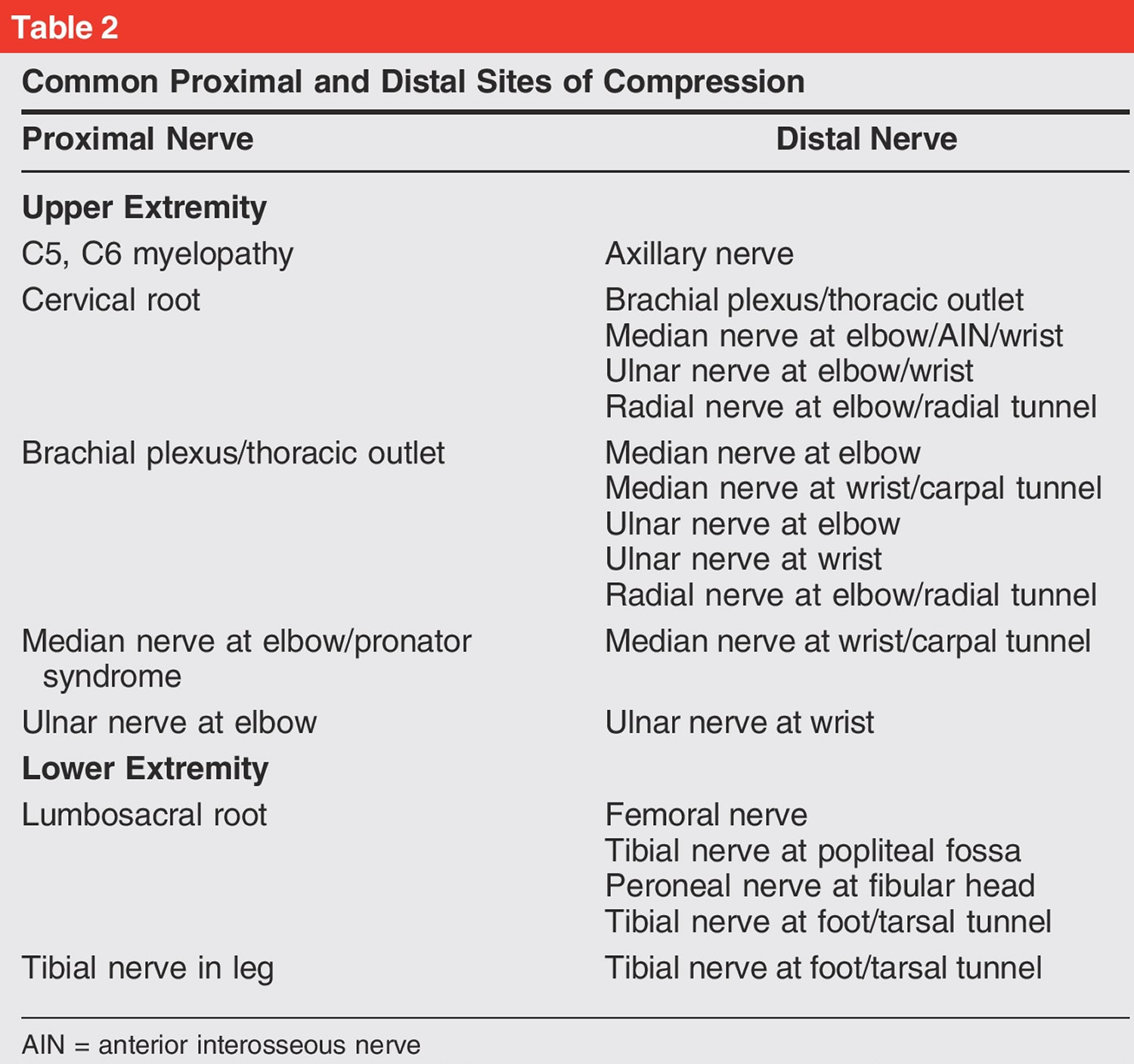 In a Delphi study 56), international experts concluded that four mechanisms were highly plausible: axonal transport, immune-response inflammation of the dorsal root ganglia, ion channel regulation, and neuroma-in-continuity. As mentioned earlier, several animal studies have confirmed that increased pressure levels can impair axonal transport; however, debate still remains as to the exact resultant effect. Although animal studies can demonstrate impaired nerve function with prolonged compression, there is no evidence that compression at two points along a nerve creates a distinct pathophysiologic entity.

Other investigators have attempted to further elucidate these subtle differences. Lo et al 64) found that the hallmark physical examination findings of carpal tunnel release (ie, Tinel sign, Phalen test) were more frequently positive in patients with carpal tunnel release only (36.4% and 33.8%, respectively), compared with those with double crush syndrome only (18.7% for each test) or sole cervical radiculopathy (12.7% and 10.2%, respectively). These studies illustrate the importance of the diagnosing physician having an astute understanding of classic presentations and understanding the subtle differences that may help distinguish double crush syndrome from a simpler single compression syndrome. Many patients have both cervical spondylosis (an expected part of aging) and carpal tunnel release (a very common, genetically mediated narrowing of the carpal tunnel), but it is not currently possible to determine when these pathophysiologies are synergistic rather than just coexistent.

During evaluation for possible double crush syndrome, cervical radiographs are not recommended because 75% of patients in the seventh decade of life have degenerative radiographic changes; additionally, findings on radiographs are commonly similar between asymptomatic and symptomatic patients 65). MRI is the test of choice for most patients who require cervical spine imaging; however, MRI must be interpreted with caution because of the high incidence of asymptomatic patients with cervical spine pathology 66).

Ultrasonography has been proposed as a useful adjuvant tool to improve electrophysiologic testing for the diagnosis of peripheral nerve conditions. Given the inexpensive, noninvasive nature of ultrasonography, its use is likely to become more common in the future 67) and further research into the utility of ultrasonography is warranted. However, at this time, there is no absolute confirmatory test, and an accurate diagnosis requires the summation of history, physical examination results, and diagnostic testing.

Initially, conservative treatment should be trialed with distinct management that focuses on the unique pathology and symptomatology of each lesion 68). Cervical nerve root compression may be initially treated with oral steroids, avoidance of irritating movements, a short period of immobilization with a soft collar, and physical therapy. Common palliative treatments of distal lesions of compressive neuropathies include splinting, nonsteroidal anti-inflammatory drugs (NSAIDs), and steroid injections. The surgeon who makes the diagnosis of double crush syndrome initially provides standard nonsurgical management of each suspected level of nerve compression.

It is important for the physician to consider the benefits versus the adverse effects with each patient and plan on having the patient take an active role in his or her treatment plan. Interestingly, lack of clinical improvement with carpal tunnel injection may be used as a predictor for poor surgical improvement with carpal tunnel release alone because patients with double crush syndrome may have a suboptimal response to injection 69). Osterman 70) found that 33% of patients with both carpal tunnel syndrome and cervical radiculopathy viewed release of the carpal tunnel as a failure, compared with 7% in those with carpal tunnel syndrome alone. Nonsurgical management of thoracic outlet syndrome may include exercise and bracing to widen the thoracic outlet 71); surgical treatment would involve excision of any anomalous offending anatomy.

Surgical outcomes for the treatment of double crush syndrome are difficult to study. Although a sham-surgery, placebo-controlled study would be optimal to investigate the effectiveness of intervention for double crush syndrome, this would be impossible to perform because of the relative rarity of the condition and the ethical ramifications of retaining neural compression in symptomatic patients.

Double crush syndrome was initially described as two compressive lesions along the course of a single peripheral nerve leading to symptomatic pathology; however, this narrow definition is controversial and incomplete 73). A complete understanding of the double crush syndrome disease process remains elusive, although continuing research has broadened our knowledge of this intriguing pathologic process. Current understanding of this phenomenon takes into account systemic and vascular pathologic factors as contributing components to compressive pathology. double crush syndrome is a clinical entity that physicians should be aware of when evaluating patients with combined symptoms of not only proximal and distal nerve compression but also systemic disease and polyneuropathy. A combination of patient history, physical examination findings, selective radiographic imaging, and electromyography should be used to diagnosis double crush syndrome. Management should focus on accurate diagnosis and treatment of all contributing pathology. 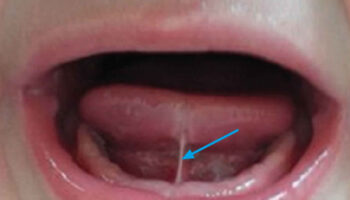