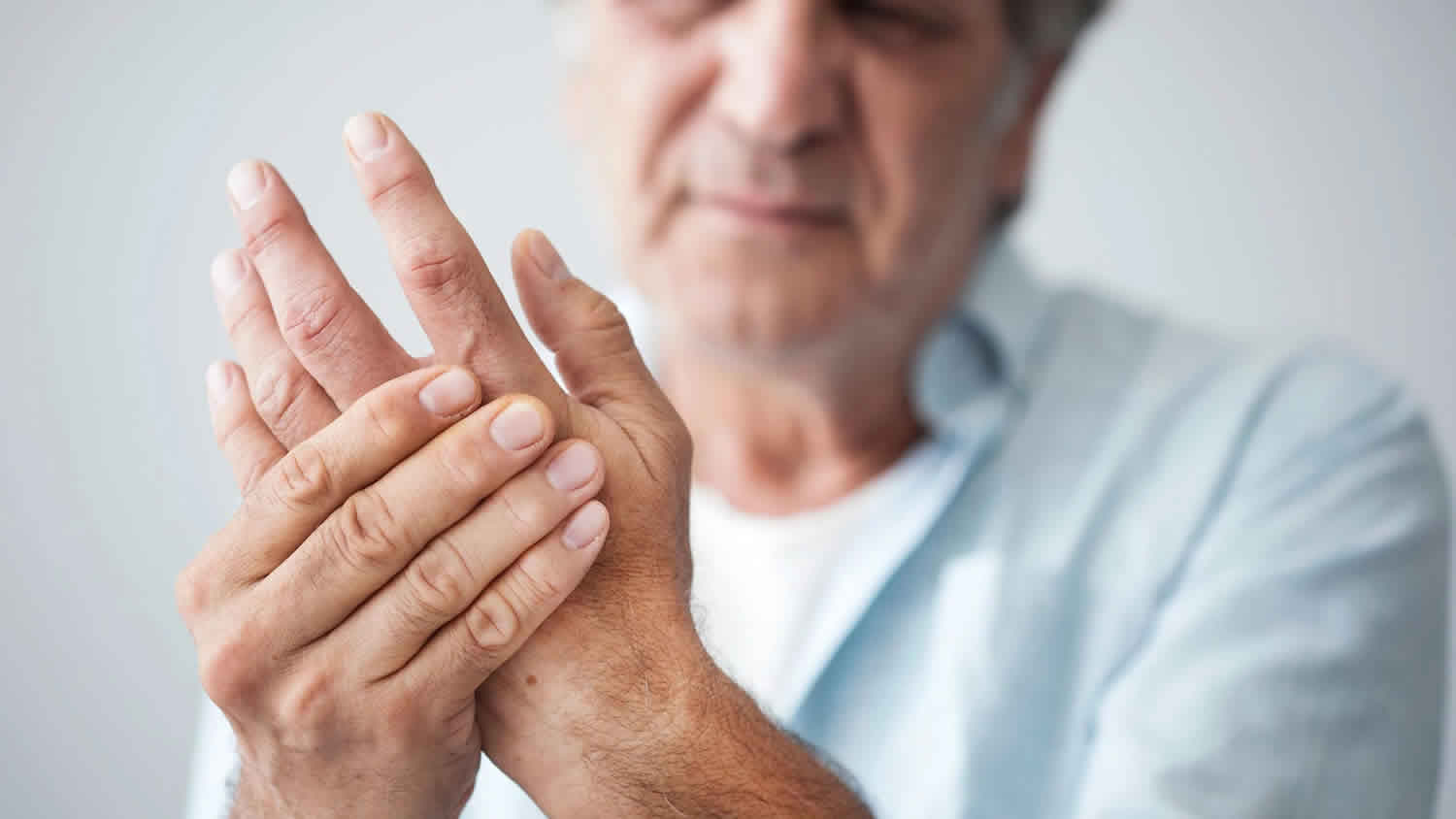 In most cases, people who have Felty syndrome are not getting full treatment for rheumatoid arthritis. They may need other medicines to suppress their immune system and reduce the activity of their rheumatoid arthritis. Immunosuppressive therapy has improved the prognosis of patients with Felty syndrome given the decreasing rates of splenectomies done in those patients over the last decades.

Some people benefit from removal of the spleen (splenectomy).

Hospital admission is mandatory for patients with serious life-threatening infections; cultures and parenteral antibiotics are indicated in such situations. It is important to acknowledge the possibility of infection with encapsulated organisms because splenomegaly may be a marker for a dysfunctional reticuloendothelial system incapable of clearing these organisms. Staphylococcus aureus, streptococcal species, and gram-negative rods are potential infecting organisms.

Consult the following specialists as needed:

Risk factors for Felty syndrome include the following:

Physical findings in Felty syndrome include the following:

Patients with Felty syndrome often report symptoms of mild inflammatory joint disease caused by synovitis; it is often the case that their burden of synovitis is less than that experienced previously. The history usually reveals a long preceding period of active and aggressive joint disease, which can be confirmed by means of physical examination and plain radiography. Some patients present with quiescent or so-called “burned-out” joint disease. A lack of synovitis or active joint disease should not dissuade the clinician from considering the diagnosis of Felty syndrome in an rheumatoid arthritis patient.

Patients with Felty syndrome commonly present with bacterial infections of the skin and respiratory tract. An aggressive level of immunosuppression directed at the underlying rheumatoid arthritis may contribute to this susceptibility to infection.

Patients may present with left upper quadrant pain, initiated by splenic infarcts or capsular distension of the spleen.

Complications of Felty syndrome include the following:

A physical exam will show:

A complete blood count (CBC) white blood cell (WBC) count and differential may show a low number of white blood cells called neutrophils. Studies show that the greatest risk for infection is a granulocyte count lower than 1000/µL. It must be kept in mind, however, that the level of neutropenia varies over time without medical intervention. Granulocyte dysfunction and an absolute decrease in the number of granulocytes may predispose to infection.

Erythrocyte sedimentation rate (ESR) and serum immunoglobulin levels are invariably elevated in patients with Felty syndrome. Cryoglobulins may be present.

An abdominal ultrasound may confirm a swollen spleen.

Bone marrow aspiration and biopsy are especially important to rule out large granular lymphocyte leukemia. The bone marrow of patients with Felty syndrome shows adequate megakaryocytes and myeloid hyperplasia with arrested development at the level of immature cell forms.

An unusual type of liver involvement known as nodular regenerative hyperplasia is associated with Felty syndrome. This condition is characterized by mild portal fibrosis or lymphocyte and plasma cell infiltration but is not typical of cirrhosis. It may be complicated by portal venule occlusion and regenerative nodule formation.

Methotrexate acts faster than gold salts and is the agent preferred by rheumatologists for treating rheumatoid arthritis 8). Almost all patients with rheumatoid arthritis are treated with methotrexate currently. If urgent correction of neutropenia is unnecessary, most practicing rheumatologists use methotrexate first when treating Felty syndrome, usually in combination with folic acid to minimize adverse effects. The beneficial effects of methotrexate may not be evident until 4-8 weeks after the initiation of therapy.

Because of the potential for leukopenia, cyclophosphamide is of limited utility in this setting, although it may have a role in some cases. A small number of patients with refractory Felty syndrome have been reported to respond to high-dose cyclophosphamide 9); however, physicians have had far more experience using cyclophosphamide for rheumatoid vasculitis and other serious rheumatoid arthritis extra-articular manifestations than for Felty syndrome. For this reason, this agent is not a preferred initial choice for treatment of Felty syndrome.

Penicillamine is used infrequently in rheumatoid arthritis because of its adverse effect profile. It is never a first-choice therapy for patients with Felty syndrome.

Etanercept, adalimumab, and infliximab have all been prescribed for rheumatoid arthritis. These agents act by blocking the effects of tumor necrosis factor alpha (TNF-α). They are known to be very effective in the treatment and control of rheumatoid arthritis, though clinical experience with using them to treat Felty syndrome is comparatively limited 10). Consensus has built that they do not offer much in the treatment of Felty syndrome.

Intravenous (IV) immunoglobulin (IVIg) has not been demonstrably successful on a reproducible basis.

At high doses, corticosteroids can increase the granulocyte count, partly through demargination. This effect does not persist when the dose is tapered to a typical low dose (< 10 mg/day) used for rheumatoid arthritis articular disease. Empiric administration of high-dose IV methylprednisolone is often prescribed for Felty syndrome, but the effect is time-limited. Long-term use of high-dose corticosteroids further increases the risk of infection. Corticosteroids should probably be viewed as a second-line treatment modality.

Case reports from the 2000s noted a lack of response to leflunomide 11) and a response to salazosulfapyridine 12).

Initial reports on using rituximab to treat Felty syndrome were negative 13), but subsequent reports were more encouraging 14). Current data suggest that rituximab should be considered in refractory Felty syndrome 15). Rituximab is becoming a preferred biologic treatment choice, with a better response pattern than anti-TNF agents 16).

Surgical treatment (ie, splenectomy) may be warranted in certain cases. Granulocytopenia recurs in approximately 25% of patients who have undergone splenectomy.

Patients with Felty syndrome should be scheduled for regular follow-up with a rheumatologist to monitor therapy and to assess progress.

Recommended patient activity levels should be dictated by infection risk and spleen size. In general, patients should avoid any activity that could result in blunt trauma to the left upper quadrant.

Although many individuals with Felty syndrome are asymptomatic, others become symptomatic and may develop life-threatening infections. Pulmonary and skin infections are common. Mortality and morbidity are heavily influenced by the level of debilitation due to the underlying rheumatoid arthritis, along with the extent of immunosuppressive therapy used in treating both rheumatoid arthritis and Felty syndrome. One study from southwest England observed 32 patients with Felty syndrome; 5 patients died of overwhelming bronchopneumonia during a mean follow-up period of 5.2 years 17).

Curiously, over the past 20 years in the United States, the frequency of hospitalization for rheumatoid vasculitis and ultimate splenectomy in patients with Felty syndrome has dropped, possibly because earlier and more aggressive treatment of rheumatoid arthritis tends to control the disease before the manifestations of Felty syndrome appear.

Granulocytopenia is defined as an absolute neutrophil count lower than 2000/µL, and the infection risk increases as the ANC drops. Infection incidence increases significantly when the polymorphonuclear leukocyte count is lower than 1000/µL.

In a retrospective study of male patients with Felty syndrome treated at the Department of Veterans Affairs, lymphoproliferative malignancies were more prevalent; in particular, the patients had an increased prevalence of non-Hodgkin lymphoma 18). 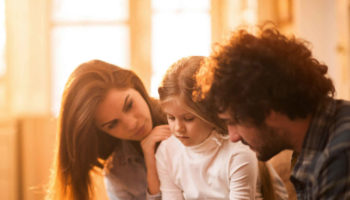 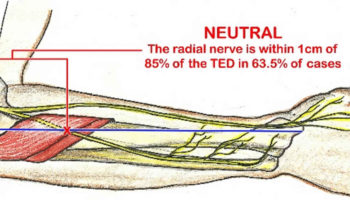 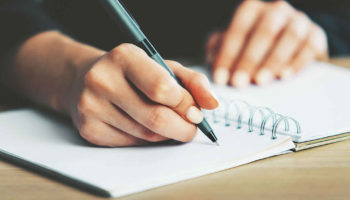