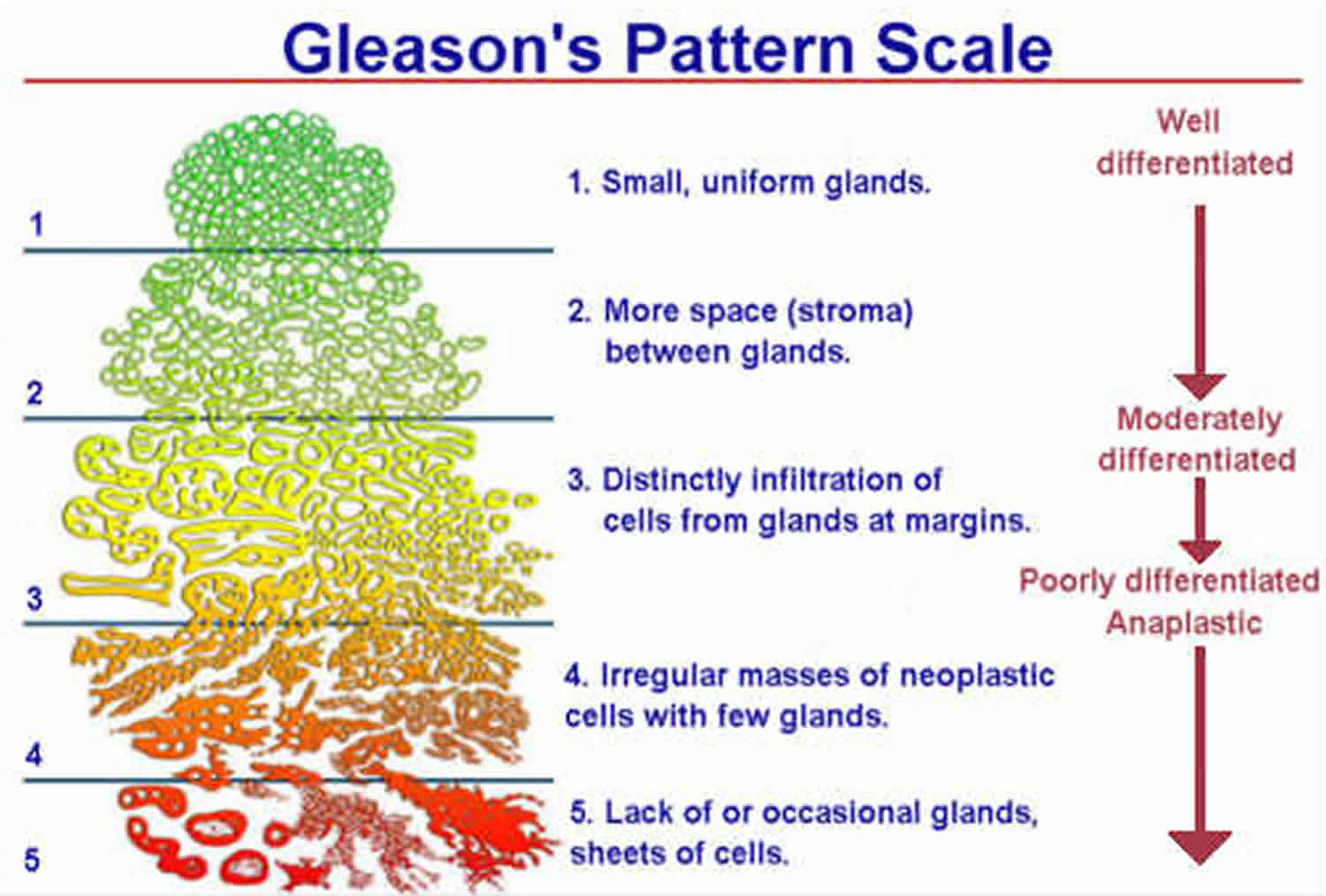 Gleason score indicates the grade or “aggressiveness” of your prostate cancer (prostate adenocarcinoma). The higher the Gleason score, the more aggressive the cancer is likely to be and more difficult to cure 1). The Gleason scoring system is based on the microscopic arrangement, architecture or pattern of the glands in prostate cancer biopsy samples rather than on the individual cellular characteristics that define most other cancers. The Gleason score is calculated based on the dominant histologic grades, from grade 1 (well differentiated, representing an almost normal microscopic glandular pattern and appearance) to grade 5 (very poorly differentiated where no glandular architecture remains, and there are only sheets of abnormal cancer cells) 2). The classical Gleason score is derived by adding the two most prevalent pattern grades, yielding a score ranging from 2 to 10. Because there is some evidence that the least-differentiated component of the specimen may provide independent prognostic information, the score is often provided by its separate components (e.g., Gleason score 3 + 4 = 7 versus 4 + 3 = 7) 3). The Gleason prostate cancer score has been shown, over time, to be the most reliable and predictive histological grading system available 4). Originally developed by pathologist Dr. Donald Gleason in the 1960s, it has stood the test of time and has been universally adopted for all prostate cancer pathological descriptions 5).

Each pattern is given a number, usually 3, 4, or 5. Because many prostate cancers contain more than one pattern, the two most common patterns are added together to make the Gleason score. If the patterns are very similar or if only one pattern is found, then the cancer is given two of the same number.

A prostate cancer biopsy also differs from other forms of cancer in the number of samples a pathologist examines. Rather than just one or two tissue samples, 12 samples are usually taken for a prostate biopsy. Of those samples, some may have different Gleason scores. If that’s the case, the pathologist assigns the highest score observed.

It is worth noting, however, that if only one or two of the samples have a score of 8 and the others are lower, or if some do not show evidence of cancer at all, then the outlook is better than if nine or ten samples are at 8. Your doctor will take that into account when evaluating the outlook for your cancer.

The Gleason score always contains two grades in the form of numbers and then a total score:

So the absolute best and lowest risk Gleason score would be Gleason 1 + 1 = 2, and the worst high-grade pathology would be Gleason 5 + 5 = 10. In real life, these histological extremes are almost never seen 6).

In most cases, treatment with radiation and hormonal therapy or with surgery is recommended based on a total Gleason score of 8. Gleason score of 8 likely came from two very similar patterns of 4 and 4. In some cases, a score of 8 may come from a pattern of 5 and 3 or 3 and 5, but those are not common. The first number identifies the primary pattern, or the one seen most predominately in the sample. The second number is the secondary pattern, or one that is visible but not as widespread as the primary pattern.

Generally, with a Gleason score of 8 or higher, treatment is recommended, as long as you do not have other medical problems that would make it hard for you to have radiation and hormonal therapy or surgery. Depending on age and the specific numbers that make up the Gleason score, men who have scores of 6 or 7 may not need immediate treatment. Instead, their doctors may suggest a program of active surveillance to monitor the cancer and to see if it progresses.

Before treatment begins in patients who have higher Gleason scores, most doctors suggest imaging exams such as bone and CT scans or MRI studies of the pelvis and abdomen. This allows your doctor to see if the cancer has spread beyond the prostate and will help your doctor recommend which treatment options are best for you.

Futhermore, there is evidence that, over time, pathologists have tended to award higher Gleason scores to the same histologic patterns, a phenomenon sometimes termed grade inflation 11). This phenomenon complicates comparisons of outcomes in current versus historical patient series. For example, prostate biopsies from a population-based cohort of 1,858 men diagnosed with prostate cancer from 1990 through 1992 were re-read in 2002 to 2004 12). The contemporary Gleason score readings were an average of 0.85 points higher (95% confidence interval, 0.79–0.91; P < .001) than the same slides read a decade earlier. As a result, Gleason-score standardized prostate cancer mortality rates for these men were artifactually improved from 2.08 to 1.50 deaths per 100-person years—a 28% decrease even though overall outcomes were unchanged 13).

While architecture or pattern, as described by the Gleason score, is certainly a major component of the histological diagnosis of prostate cancer, it is not the only criteria. For example, prostate specific membrane antigen is a transmembrane carboxypeptidase that exhibits folate hydrolase activity which is overexpressed in prostate cancer tissues. Its presence would suggest prostate cancer 14).

Other significant microscopic histological features and indicators of prostate cancer would include 15):

Cancer volume is another important prognostic parameter, but it is difficult to measure accurately with available technology. Prostatic MRI is currently our best instrumentation for estimating tumor volume 16).

Perineural invasion is somewhat helpful in predicting extracapsular tumor extension and may be associated with slightly higher tumor aggressiveness, but studies are conflicting on its clinical usefulness 17).

In 2016, the World Health Organization (WHO) proposed a new classification system based on clinical experience with the old Gleason scoring system that suggested very little difference in clinical outcomes in lower Gleason score patients, but somewhat different ones in the higher grades. The following is a summary of the “New” Gleason system 18):

In clinical practice, group 1 is considered “low grade,” Group 2 is “intermediate grade,” and group 3 or higher is “high grade” disease 19). 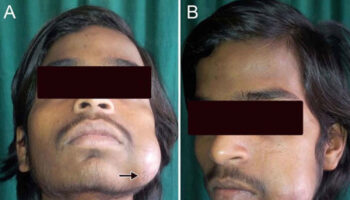 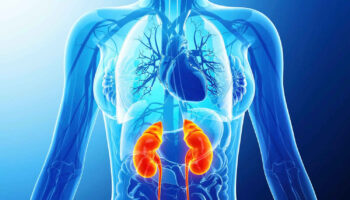 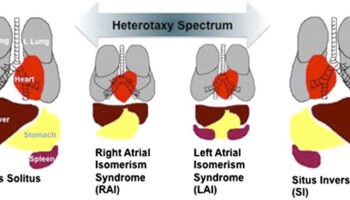 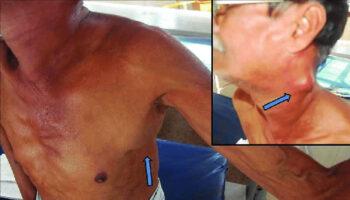 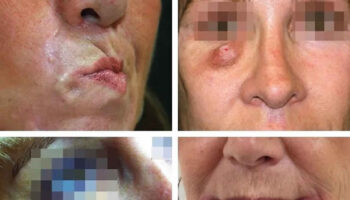