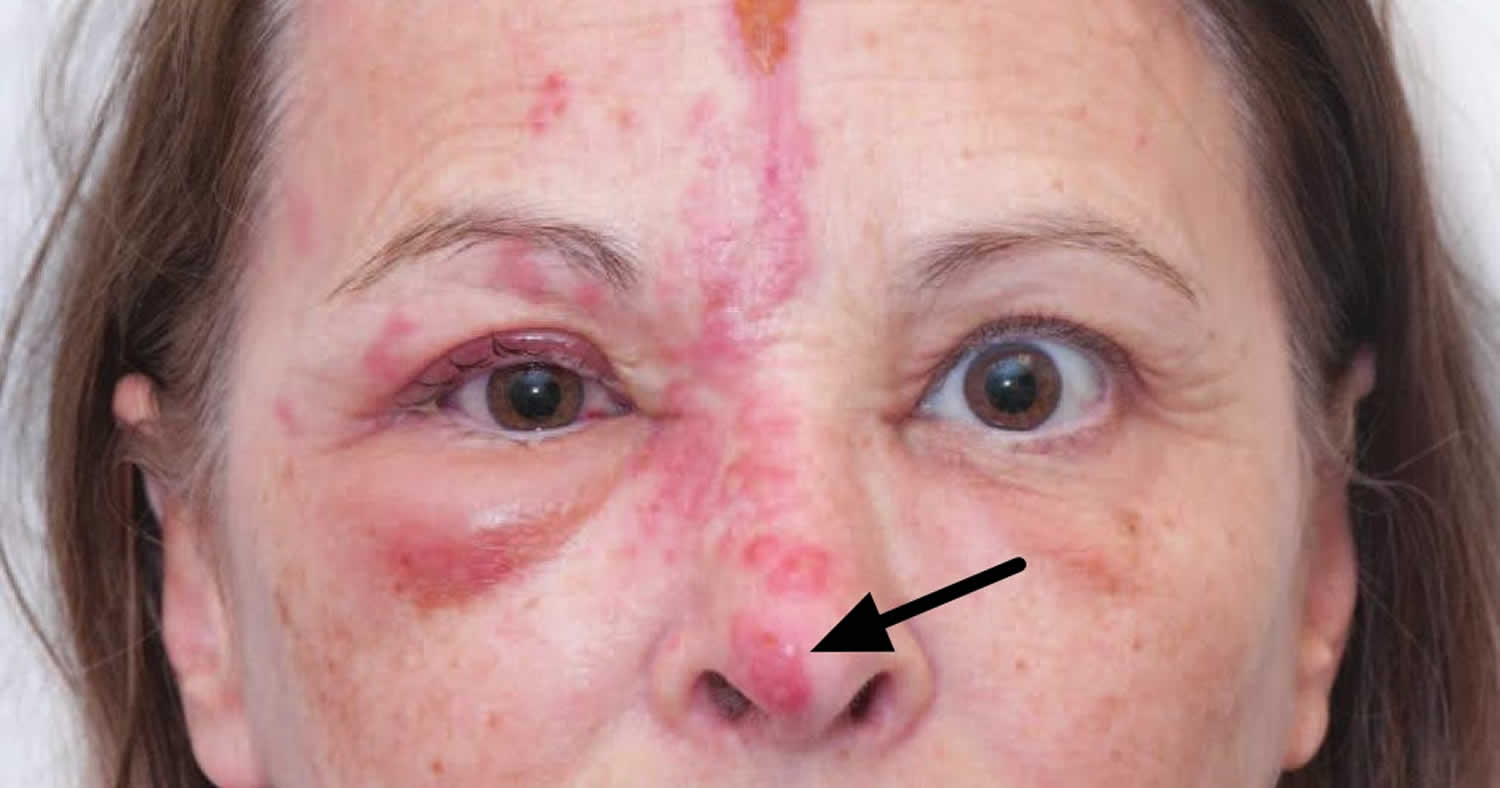 The Hutchinson sign can refer to two clinical signs.

Hutchinson sign relates to involvement of the tip of the nose from facial herpes zoster 1). It implies involvement of the external nasal branch of the nasociliary nerve (branch of the ophthalmic division of the trigeminal nerve) and thus raises the spectre of involvement of the eye. Herpes zoster is caused by reactivation of a primary infection with varicella zoster virus (commonly known as chickenpox virus). After a primary infection or chickenpox, the varicella zoster virus lies dormant in dorsal root or cranial nerve ganglia. Reactivation causes the typical dermatomal pain and vesicular rash.

Footnote: This picture showed patient with herpes zoster along the right ophthalmic and maxillary division of the trigeminal nerve, and a crusted blister was found on the tip of her nose.

Refers to pigmentation in the paronychial area suggesting aggressive subungual melanoma. Hutchinson’s nail sign is an important clinical clue to subungual melanoma and is characterized by extension of brown or black pigment from the nail bed, matrix, and nail plate to the adjacent cuticle and proximal or lateral nail folds. 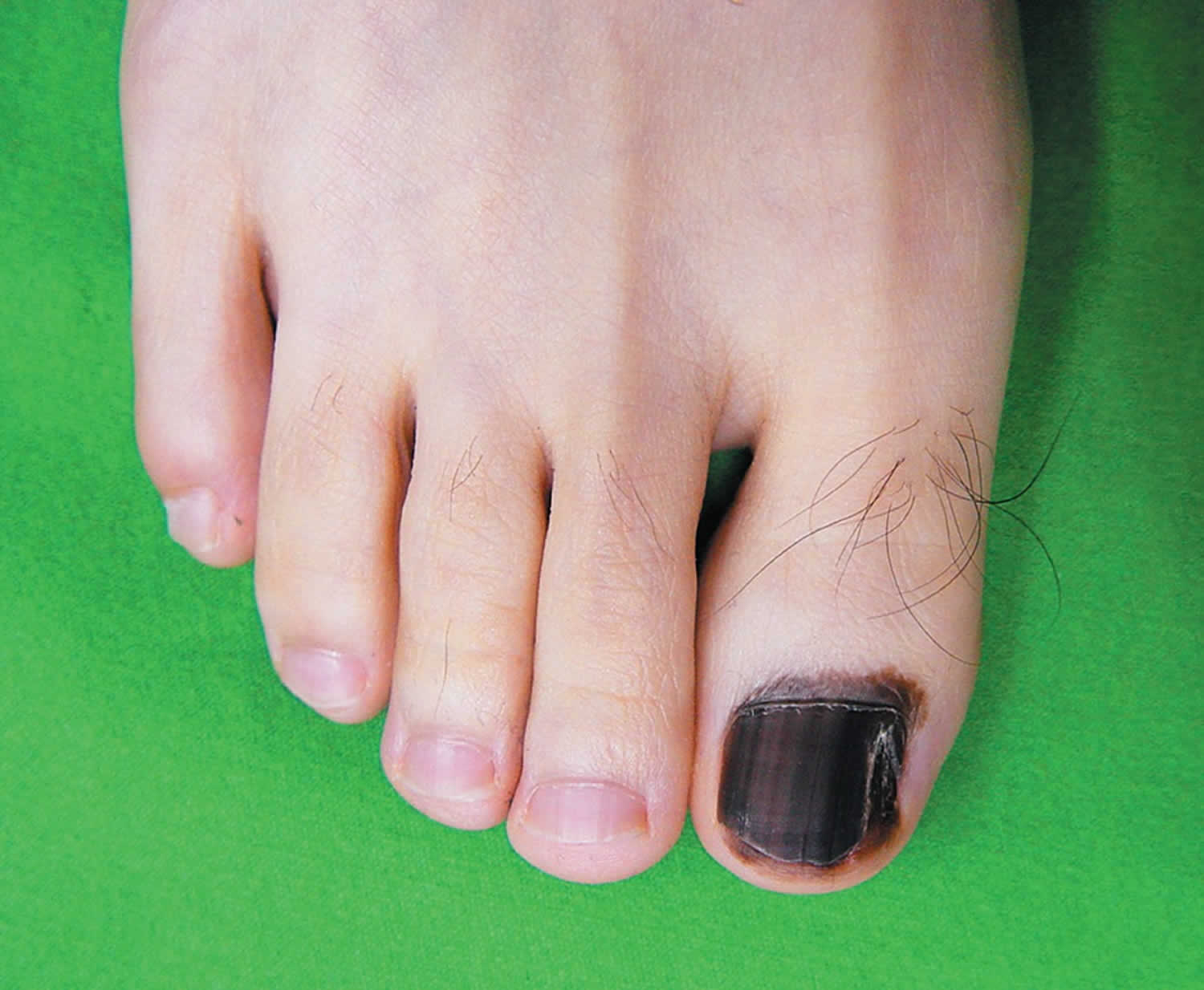 Footnote: An incisional biopsy of the nail matrix showed atypical melanocytes and inflammatory cells along the basal layer of the epidermis, findings consistent with acral lentiginous melanoma in situ. The patient underwent amputation of the great toe, and he remains healthy 8 years later.