Is spinach good for you ? 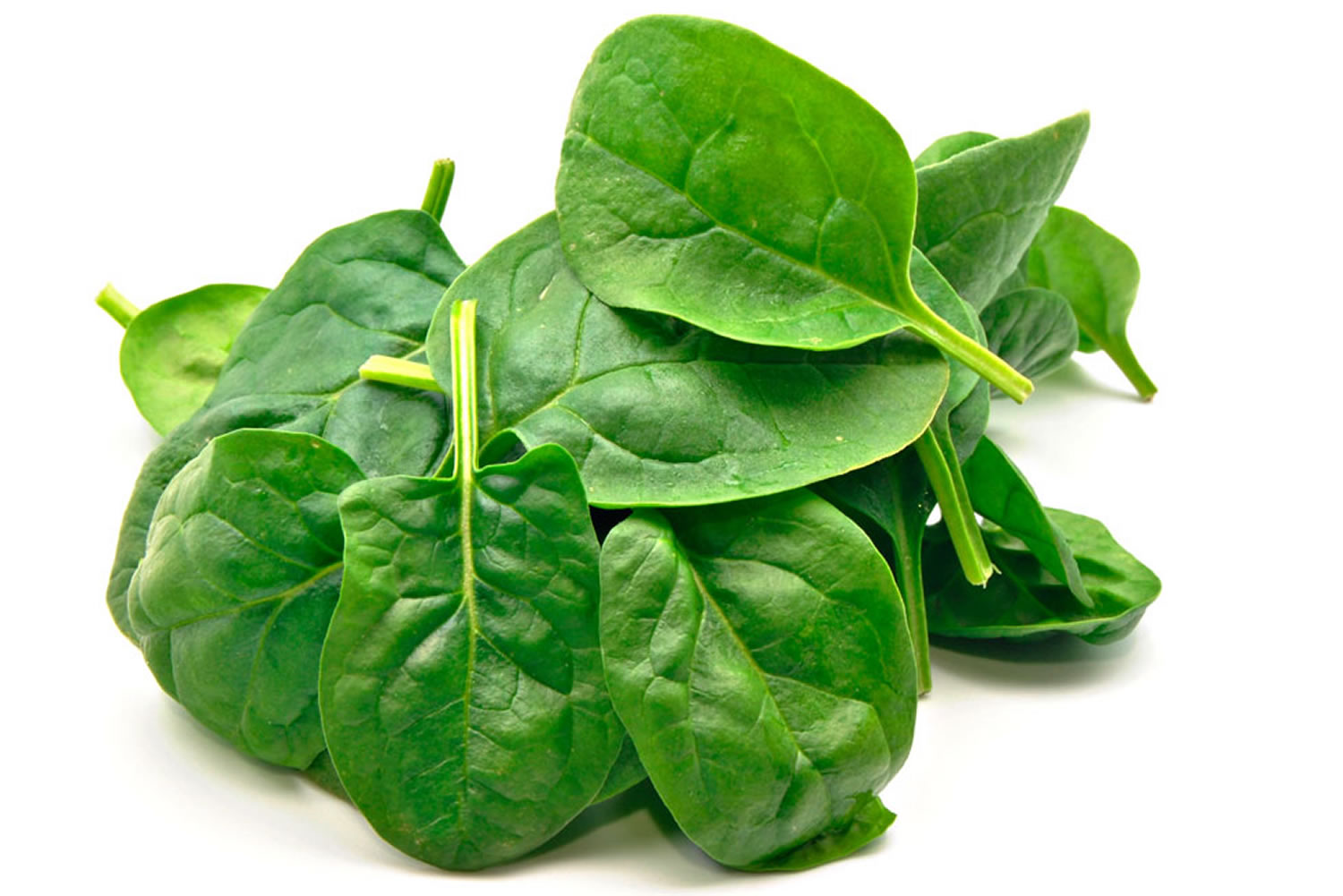 Spinach (Spinacia oleracea L.) is an edible flowering plant in the family Amaranthaceae native to central and western Asia. Its leaves are eaten as a vegetable. Spinach is widely regarded as a functional food due to its diverse nutritional composition, which includes vitamins and minerals, and for its phytochemicals and bioactives that promote health beyond basic nutrition. Spinach-derived phytochemicals and bioactives are able to (i) scavenge reactive oxygen species and prevent macromolecular oxidative damage, (ii) modulate expression and activity of genes involved in metabolism, proliferation, inflammation, and antioxidant defence, and (iii) curb food intake by inducing secretion of satiety hormones. These biological activities contribute to the anti-cancer, anti-obesity, hypoglycemic, and hypolipidemic properties of spinach 1).

Overwhelming evidence indicates that diets rich in fruits and vegetables are protective against common chronic diseases, such as cancer, obesity and cardiovascular disease. Leafy green vegetables, in particular, are recognized as having substantial health-promoting activities that are attributed to the functional properties of their nutrients and non-essential chemical compounds. Despite these valuable attributes, spinach consumption remains low in comparison to other leafy green vegetables.

Raw spinach is 91% water, 4% carbohydrates, 3% protein, and contains negligible fat (Table 1). In a 100 g (3.5 oz) serving providing only 23 calories, spinach has a high nutritional value, especially when fresh, frozen, steamed, or quickly boiled. It is a rich source (20% or more of the Daily Value, DV) of vitamin A, vitamin C, vitamin K, magnesium, manganese, iron and folate. Spinach is a good source (10-19% of DV) of the B vitamins riboflavin and vitamin B6, vitamin E, calcium, potassium, and dietary fiber.

Spinach, along with other green, leafy vegetables, contains an appreciable amount of iron attaining 21% of the Daily Value in a 100 g (3.5 oz) amount of raw spinach. For example, the United States Department of Agriculture states that a 100 g (3.5 oz) serving of cooked spinach contains 3.57 mg of iron, whereas a 100 g (3.5 oz) ground hamburger patty contains 2.49 mg (see Table 1). However, spinach contains iron absorption-inhibiting substances, including high levels of oxalate (364.44-1145 mg/100 g) 2), which can bind to the iron to form ferrous oxalate and render much of the iron in spinach unusable by the body 3). In addition to preventing absorption and use, high levels of oxalates remove iron from the body 4).

Increased consumption of plant-based foods is generally recognized as decreasing morbidity from diet-related diseases, such as cardiovascular disease, diabetes and several cancers 9), 10). The mechanisms for these protective effects remain unclear, but are ascribed in part to compounds with antioxidant-related activities, such as tocopherols, vitamin C, carotenoids and phenolics 11).

This study 12) suggests that dietary nitrate from spinach (~ 845 mg of nitrate) may contribute to beneficial hemodynamic effects of vegetable-rich diets by decreasing postprandial arterial stiffness measure by 6.93 ± 8.7% and reduced central systolic blood pressure by 4.05 ± 5.9 mmHg following 7 days of administration.

This study on 10 obese men and 14 normal weight men showed that despite containing 6.6 g of dietary fiber in total, which is one-third of the daily dietary recommendation, spinach did not suppress the postprandial glucose or triglyceride increase in either normal or obese subjects 13). The results of that study 14) suggest that green-leafy vegetable intake with a fat-rich meal cannot be expected to improve abnormal postprandial hyperglycemic or hyperlipidemic responses.

A high oxalate uptake from the diet is thought to play a role in hyperoxaluria, a documented risk factor in the formation of calcium oxalate kidney stones 15). Absorptive or “dietary” hyperoxaluria is generally thought to be a direct consequence of oxalate bioavailability. Therefore, people with an increased risk for calcium oxalate stone formation are commonly advised to avoid consuming oxalate rich foods. A number of foods such as spinach, rhubarb, beets, nuts, chocolate, wheat bran, and strawberries are known to contain high oxalate levels 16), the oxalate contents of spinach (364.44-1145 mg/100 g) 17). In addition to increased risk for calcium oxalate kidney stone formation and high levels of oxalates also remove iron from the body 18).

Brinkley et al. 19) suggested a rating of oxalate rich foods should be defined as increase in urinary oxalate (mg/load). The foods were rated as “high risk food item” (increase in urinary oxalate >20mg/load), “moderate risk food items” (3-5mg/load), “mild risk food item” (1-3mg/load) and “negligible risk food items”(<1mg/load). According to this rating of oxalate rich foods the spinach fall in between the “high risk food item”, which is where Brinkley et al. 20) placed spinach. However this study 21) showed the effect of adding a calcium containing food to the spinach. The addition of 100g of sour cream and the addition of 100g sour cream plus Calci-Trim milk (180g) both reduced the availability of the soluble oxalate in the spinach significantly in both the 6-hour and 24-hour collection periods. Furthermore, addition of 100g sour cream alone also reduced the soluble oxalate availability, but this was only significant in the 24-hour collection period. The effect of adding a calcium source to a spinach meal containing soluble oxalate has also been recently shown to be very effective in reducing the amount of oxalate absorbed from oca (a South American plant related to wood sorrel, long cultivated in Peru for its edible tubers) 22). It is clear that combining spinach with a calcium-containing dairy product significantly reduces the output of oxalate in the urine in both the 0-6 hour and the 0-24 hour periods. It is thought that calcium in the dairy products and the free calcium in the spinach binds to the soluble oxalate in the spinach.