What is lime essential oil

A lime (Citrus Aurantifolia) also known as the Key Lime in the USA and the Mexican Lime, is a hybrid citrus fruit, which is any of several species and hybrids of trees and shrubs in the rue family (Rutaceae), widely grown in tropical and subtropical areas for their edible acidic fruits. The difficulty in identifying exactly which species of fruit are called “lime” in different parts of the English-speaking world is increased by the botanical complexity of the citrus genus itself, to which the majority of limes belong. Species of this genus hybridize readily, and it is only recently that genetic studies have started to throw light on the structure of the genus. The majority of cultivated species are in reality hybrids, produced from the citron (Citrus medica), the mandarin orange (Citrus reticulata), the pomelo (Citrus maxima) and in particular with many lime varieties, the micrantha (Citrus micrantha). Although the precise origin is uncertain, wild limes are believed to have first grown in Indonesia or Southeast Asia, and then were transported to the Mediterranean region and north Africa around 1000 BC. 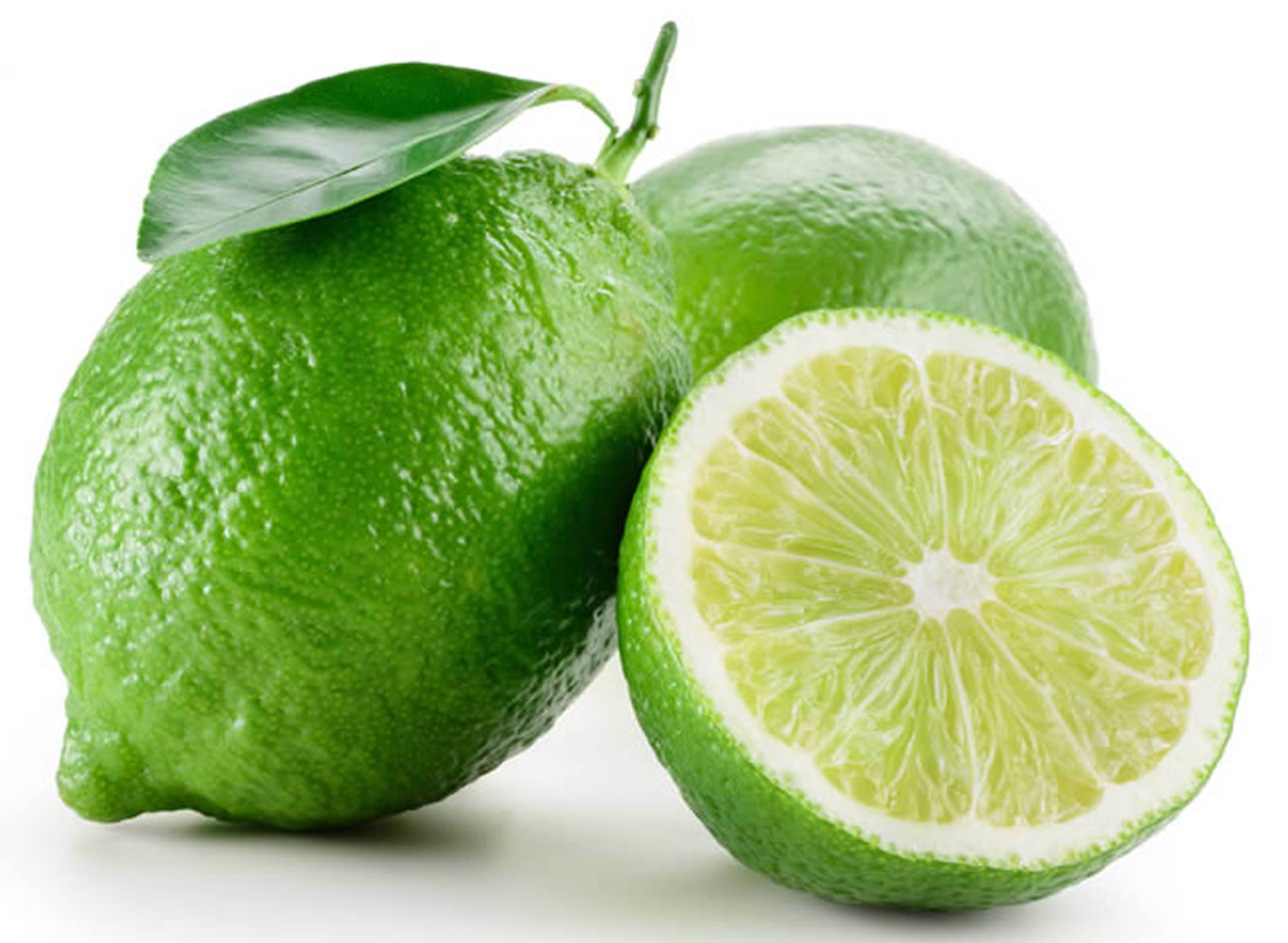 Lime is typically round, lime green, 3–6 centimeters (1.2–2.4 in) in diameter, and contains acidic juice vesicles. The Persian lime (Citrus latifolia) is one of the most common commercial varieties, though the smaller key lime, or Mexican lime (Citrus Aurantifolia), is also economically important in many places. Lime oil, from the peel of the fruit, is processed mainly in the West Indies. Citrate of lime and citric acid are also prepared from the fruit.

There are several species of citrus trees whose fruits are called limes, including the Key lime (Citrus Aurantifolia), Persian lime, kaffir lime, and desert lime. Limes are a rich source of vitamin C, sour and are often used to accent the flavors of foods and beverages. They are grown year-round. Plants with fruit called “limes” have diverse genetic origins; limes do not form a monophyletic group.

Several processes are used to produce lime oil. Expressed lime oil are produced by pressing the outer rind of the ripe fruits by sponge-press (i.e., by hand) or machines 1. Lime oil may be produced more economically using an integrated juice-oil procedure such as the Brown Oil Extractor 2, where citrus fruit is partially submerged in water and abraded by metal discs. The oil is separated from the juice as a water-emulsion, and further separated using centrifugation to obtain the oil. The yield of expressed oil is approximately 4% for lemons (somewhat less for limes) based on the weight of whole fruit 3. Lime oil is also produced by distillation of expressed oil or direct distillation of fruit 2. Lime oil is distilled (rectified) for removal of terpenes in order to improve solubility and permit use for flavoring carbonated beverages 3. Lime oil can also be steam distilled to remove nonvolatile furocoumarins and are subsequently marketed as “psoralen free” (LOLI Global Industries). The types of lemon oil and lime oil added to cosmetics are not regulated by law, nor limited by recommendations of appropriate trade organizations.

Lime oil are added as fragrances to a number of perfumed cosmetic products 4. Many of these products are intended for use on sun-exposed skin. Clinical and experimental studies have found that lime oil are phototoxic. A phototoxic reaction may occur when certain chemicals are applied to the skin and subsequently exposed to the sun. Phototoxic reactions result from direct damage to tissue caused by light activation of the photosensitising agent. This is called photocontact dermatitis. Photodermatitis is a self-limited problem that resolves spontaneously once the offending agent is removed or avoided. If avoiding the offending agent is not practical, then affected individuals should follow sun protection strategies, including wearing sun protective clothing and using sunscreen. The U.S. Food and Drug Administration (FDA) has reported the oil from the Persian lime (Citrus aurantifolia, var. Swingle) is presented as a cause of photodermatitis, and 11 cases are reported in which this reaction was observed 5. Because of their phototoxicity, the International Fragrance Association has recommended safe use levels for “leave on products” applied to sun-exposed skin. These safe use levels are intended to avoid short-term phototoxicity. However, long-term effects have not been addressed.

The phototoxicity elicited by lime oil has been associated with naturally occurring furocoumarins. Two of these furocoumarins, 5-methoxypsoralen (bergapten) and oxypeucedanin, have been identified as the probable phototoxins in both lemon oil and lime oil 4. The levels of these furocoumarins have been found to vary significantly with growing conditions. The phototoxic potency of oxypeucedanin was only one-quarter of that of 5-methoxypsoralen (bergapten). However, the amounts of these two phototoxic compounds present in lemon oils produced in different regions of the world varied by a factor of more than 20 (5-methoxypsoralen, 4-87 ppm; oxypeucedanin, 26-728 ppm), and their ratio was not constant. The two compounds accounted for essentially all of the phototoxic activity of all lemon-oil samples. Among various other citrus-essential oils investigated, lime oil and bitter-orange oil also contained large amounts of oxypeucedanin. Oxypeucedanin was found to elicit photopigmentation on colored-guinea-pig skin without preceding visible erythema.

Lemon oil and lime oil were selected by the Center for Food Safety and Applied Nutrition for photogenotoxicity and photocarcinogenesis studies since these phototoxic oils contain furocoumarins. Furocoumarins such as 5-methoxypsoralen have been shown to be photocarcinogenic and are present in lemon and lime oils 4.

The phototoxicity of lemon oil and lime oil has been demonstrated in both experimental models and humans. Naganuma et al. 6, studied the phototoxicity of lemon oil obtained from different geographic locations. Lemon oil was diluted in ethanol (100% lemon oil, 50% lemon oil, and 20% lemon oil) and applied to backs of shaved, albino guinea pigs. Animals were then exposed to UVA radiation (320-400 nm, 13 J/cm²). Erythema was evaluated at 24, 48 and 72 hr after irradiation. Undiluted lemon oil and 50% lemon oil elicited phototoxicity for most of the samples tested. Lemon oil from Australia and Brazil elicited a weaker phototoxic than lemon oil from the Ivory Coast, Sicily, California, or Argentina. In an effort to identify the phototoxic components in lemon oil, these investigators fractionated samples by solvent extraction and subsequent phototoxicity testing of isolated components. Two phototoxic components were identified: oxypeucedanin and 5-methoxypsoralen (see Figure 5). 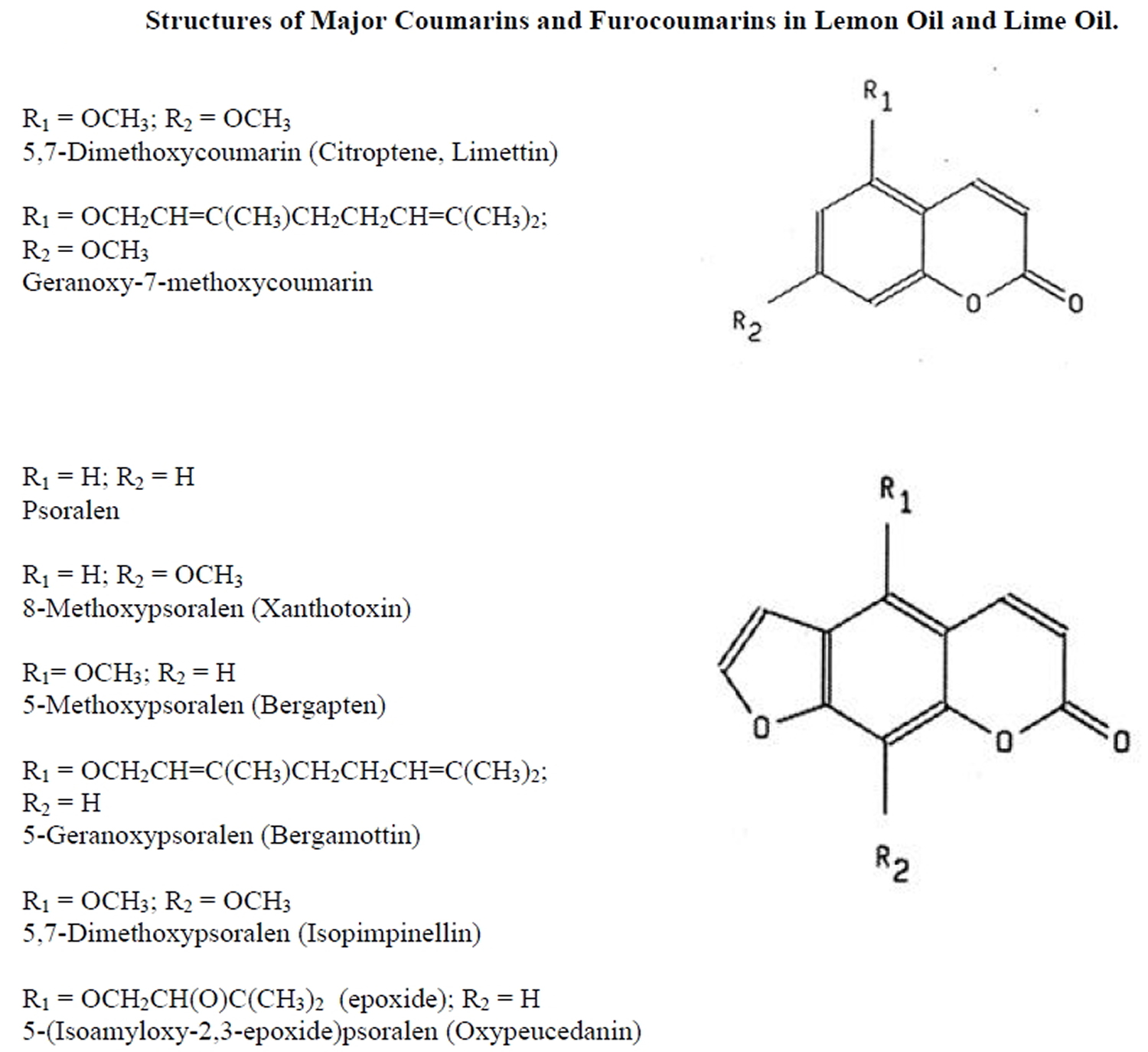 Forbes et al. 7, have investigated the phototoxicity of a large number of fragrance raw materials including lemon oil and lime oil. Fragrance raw materials were tested using humans, pigs and albino, hairless mice. Several irradiation sources were used including sunlight, a solar simulator and a UVA radiation source (black light). Expressed lime oil was phototoxic in all three species under all three radiation sources. Distilled lime oil usually elicited no phototoxic response in any species. Two samples of distilled lime oil (derived from expressed lime oil), however, were found to be phototoxic. Lemon oil from Greece, Italy and from Florida (Persian limes) was reported to be phototoxic.

Coumarins and Furocoumarins Occurring in Lemon Oil and Lime Oil

Investigators have examined the level of coumarins and furocoumarins in lemon oil and lime oil (Table 1). A large body of evidence indicates that these secondary metabolites are photoactivated phytoalexins, produced to protect plants from bacterial, fungal, parasitic, and insectile infestations 8. Consistent with their protective function, levels of coumarins and furocoumarins vary widely. Naganuma et al. 6, found that levels of oxypeudedanin doubled in lemon oil derived from the same growing area in Australia between 1979 and 1980. The levels of oxypeudedanin in lemon oil from the Ivory Coast, Sicily and California diminished nearly three-fold in the same time period.

The photogenotoxicity and photocarcinogenicity of several linear furocoumarins (psoralens) have been well documented 9. 5-Methoxypsoralen (bergapten), a component of lemon and lime oil, is photogenototic in both prokaryotic and eukaryotic test systems. In addition, 5-methoxypsoralen (bergapten) has been found to be photocarcinogenic in an experimental model 10. Little is known about the photogenotoxicity and photocarcinogenicity of other furocoumarins found in lemon oil and lime oil. The mutagenicity of oxypeucedanin has been assessed in 6 tester strains of Salmonella typhimurium by Uwaifo 11. Oxypeucedanin was not mutagenic, however, photomutagenicity was not assessed.

Table 1. Levels of Major Coumarins and Furocoumarins in Lemon Oil and Lime Oil 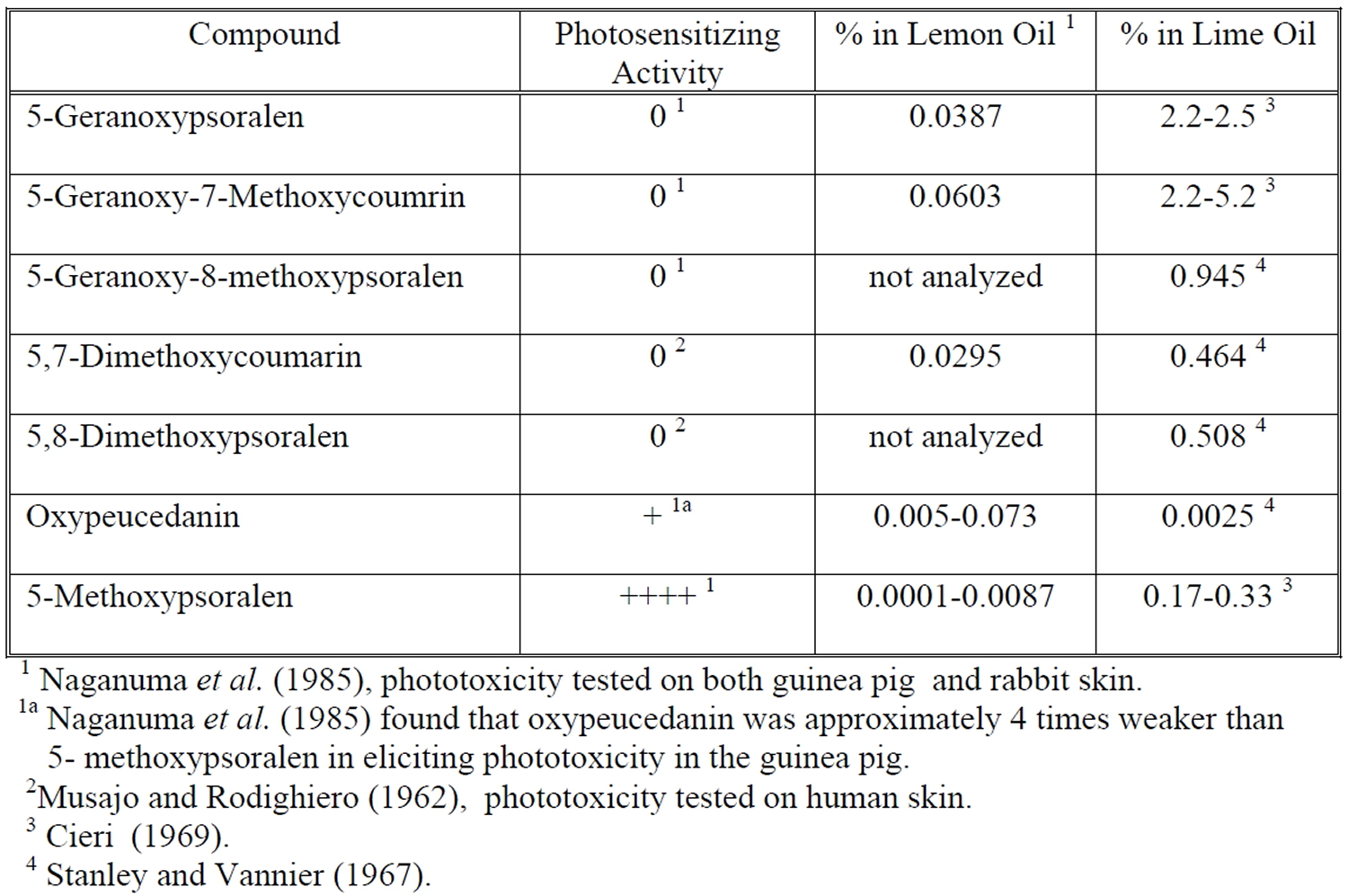 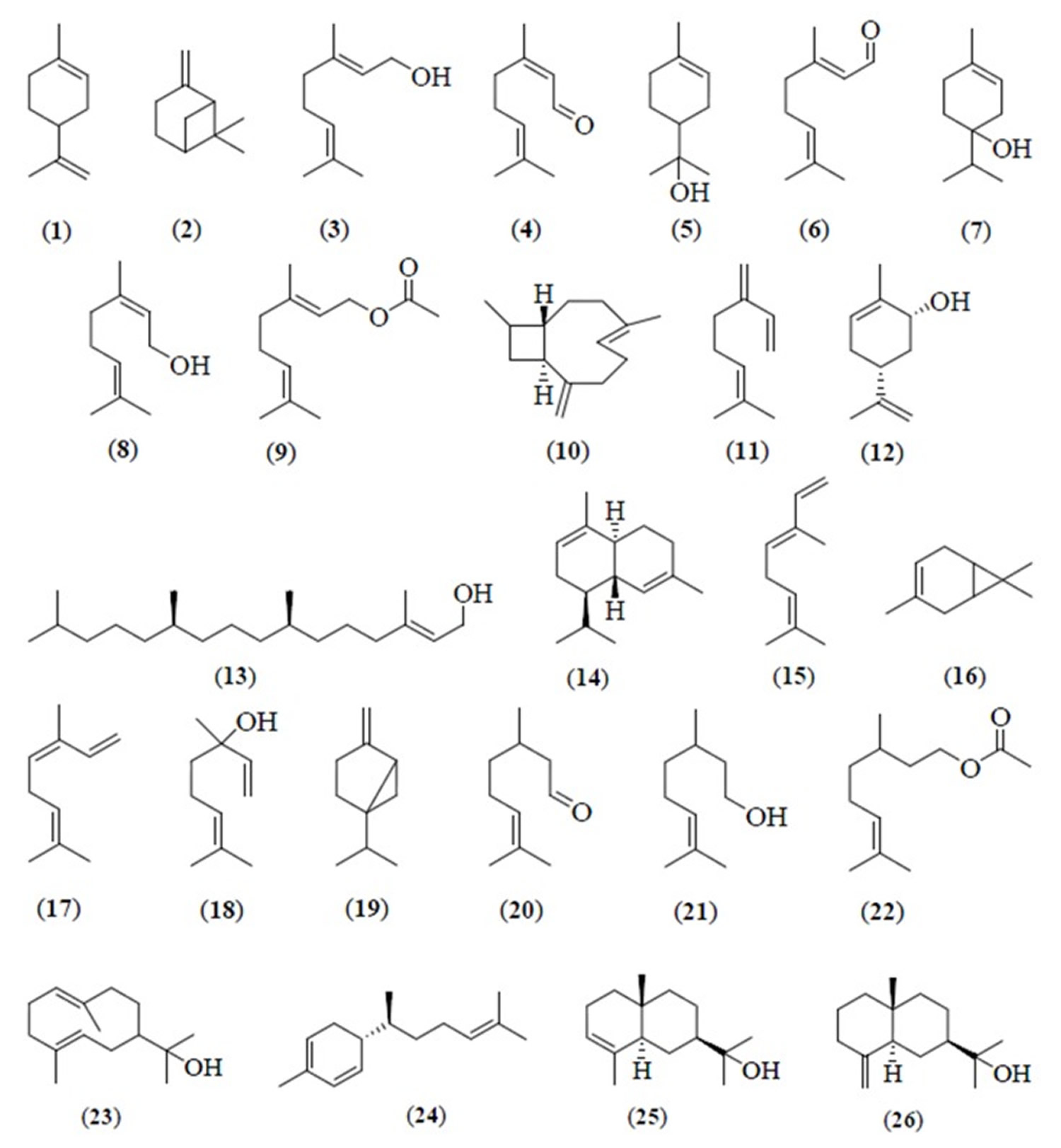 Table 2. Composition of Essential Oil of Citrus Species in Malaysia

In traditional medicine, Kaffir lime (Citrus hystrix) (Figure 3) is used to treat flu, fever, hypertension, abdominal pains, and diarrhea in infants 30. The fruits are used as a digestive stimulant, blood purifier, and reduce high blood pressure 31. Additionally, the fruits are used in cooking for flavoring and also in the production of shampoo as an insecticide for washing the head 32. In addition, the fruit juice is used in softening the skin and the mixture of the fruit juice with bath water can be used to eliminate body odor 33. Furthermore, the essential oil of Kaffir lime (Citrus hystrix) has been reported to have various bioactivities such as antioxidant, antibacterial, antileukimic, and antitussive 31.

The antibacterial susceptibility of the essential oils and oil emulsions of Malaysian Kaffir lime (Citrus hystrix) was evaluated against Escherichia coli, Bacillus subtilis, and Staphylococcus aureus using the disc diffusion method. Pure essential oil with a percentage of 2% by weight exhibited a strong inhibitory effect against Escherichia coli and Bacillus subtilis with the zones of inhibition of 16.0 and 15.0 mm, respectively. Meanwhile, the formulated emulsions with surfactant mixture of Tween 80 and Span 80 (90:10) with 2% (by weight) essential oil displayed the most potential antibacterial activity against Escherichia coli with the zones of inhibition ranging between 11.0 to 18.0 mm 35.

The topical application bioassay on uniform weighted second instar larvae in the laboratory was carried out to determine the insecticidal properties of the essential oil from the leaves of the Malaysian Kaffir lime (Citrus hystrix) against Spodoptera litura (tobacco army worm). The study demonstrated considerable repellant activity of Kaffir lime essential oil against the Spodoptera litura larvae after 24 and 48 h of treatment with LD50 values of 29.25 and 26.75 μg/mL, respectively 34. LD50 is an abbreviation for “Lethal Dose, 50%” or median lethal dose. It is the amount of the substance required (usually per body weight) to kill 50% of the test population. 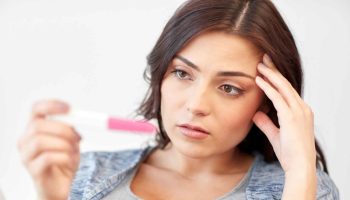 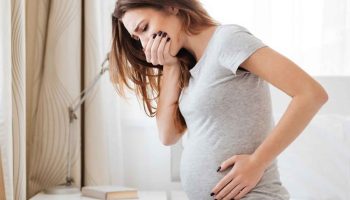 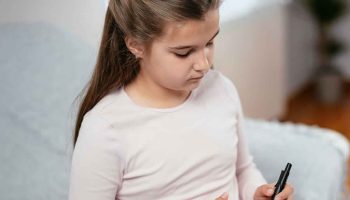 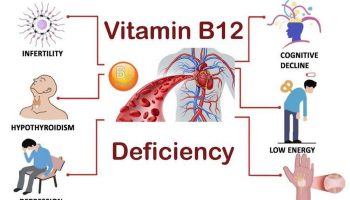