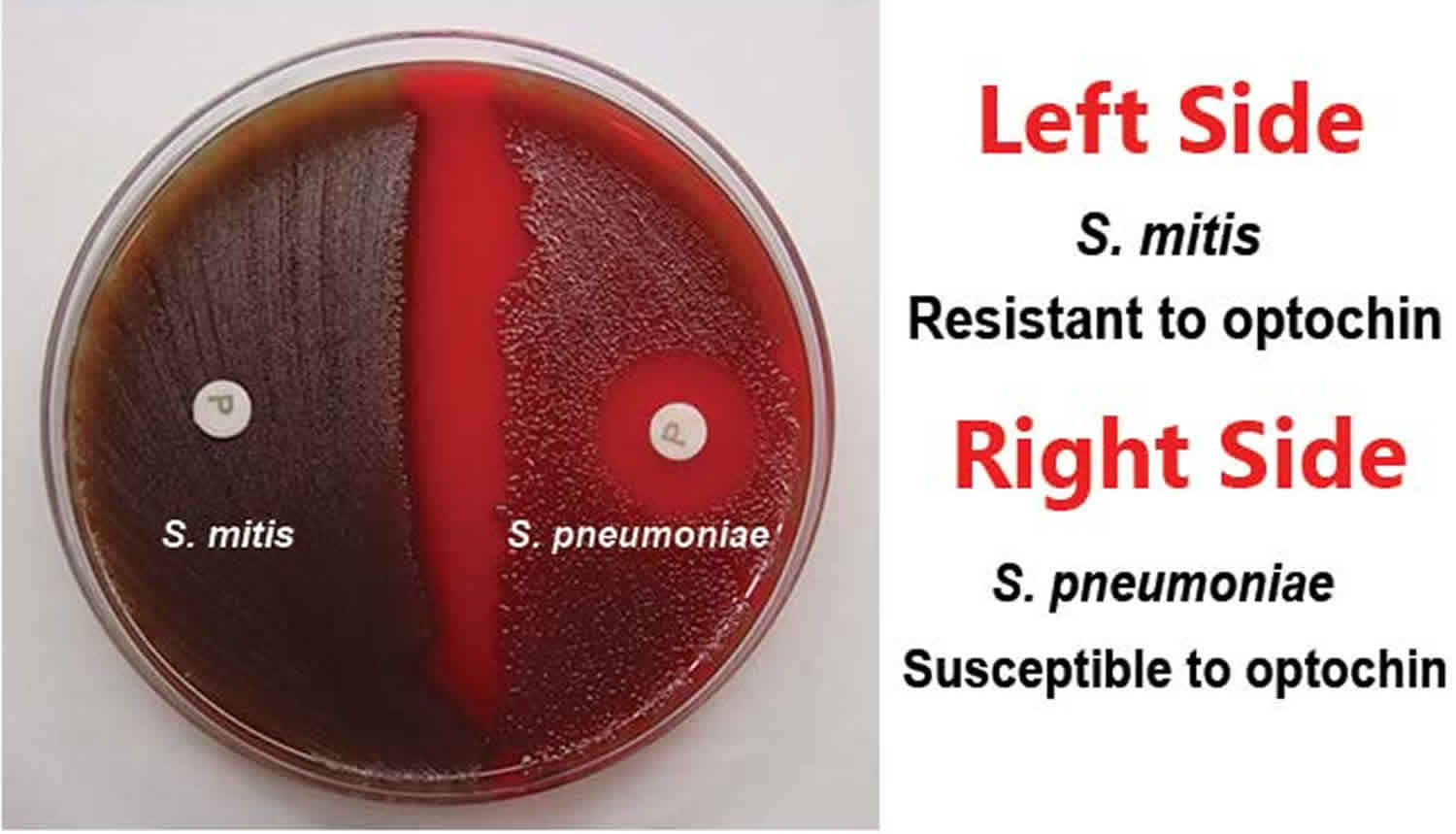 The current National Committee for Clinical Laboratory Standards (NCCLS) guidelines regarding optochin inhibition recommend using a “blood agar plate,” specifying neither the type of blood nor the type of agar 7). There are currently several choices of sheep blood agar media which support the growth of Streptococcus pneumoniae. Current guidelines also recommend incubation in 5% CO2, and this has been previously shown to improve recovery of the organism 8) and result in smaller zones when Trypticase soy agar-sheep blood agar plates are used 9).

A presumptive identification for Streptococcus pneumoniae can be made if the alpha-hemolytic colony produces a zone of inhibition of 14 mm or greater around the disk. Organisms producing smaller zone sizes should be tested for bile solubility. Organisms with questionable zone sizes (6-14 mm) around the disk should be presumptively identified as a pneumococci only if it is bile soluble.