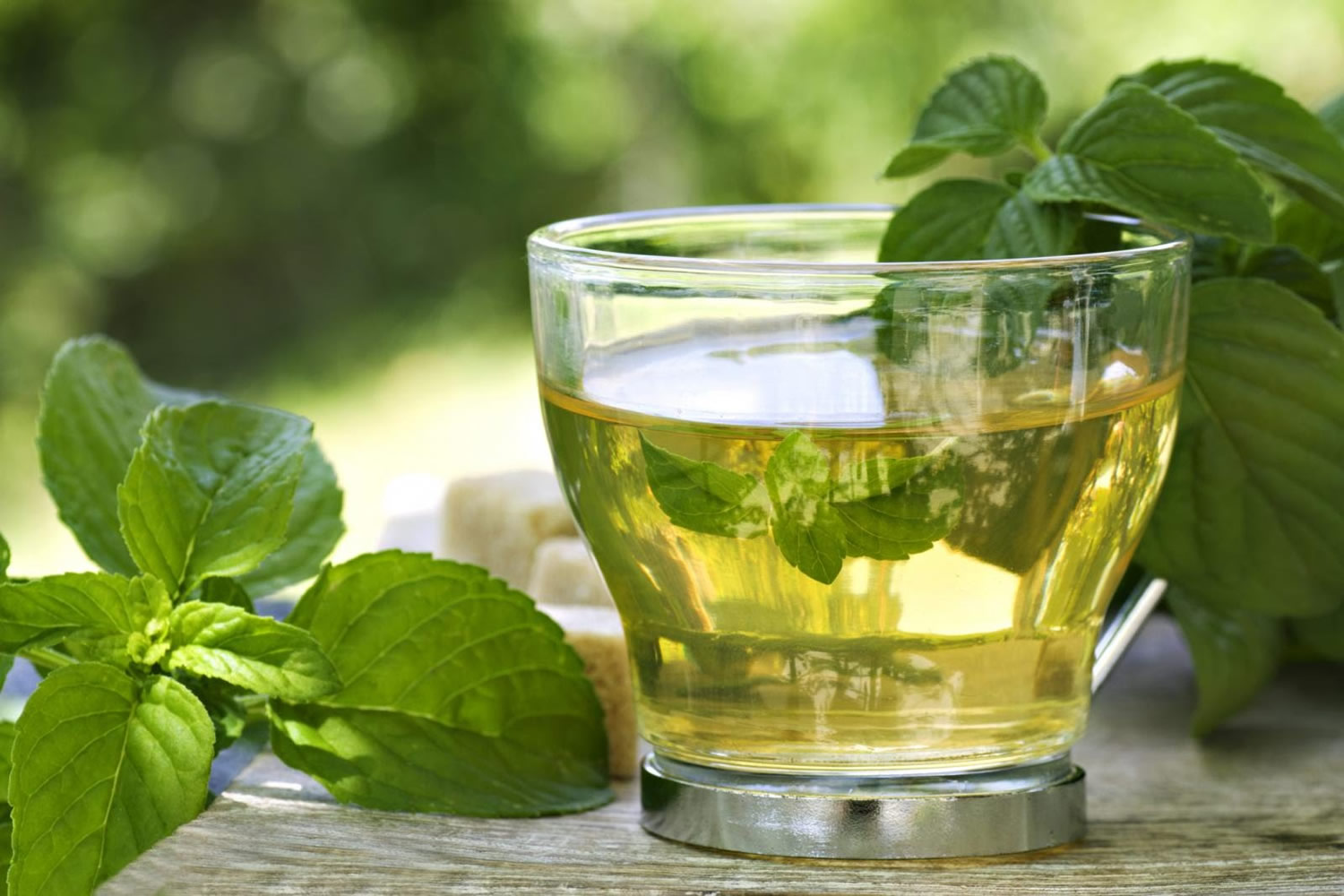 What is peppermint tea good for

Peppermint (Mentha piperita L.) is one of the most widely consumed single ingredient herbal teas or tisanes 1). Peppermint tea, brewed from the plant leaves, and the essential oil of peppermint are used in traditional medicines. Peppermint is a hybrid mint, a cross between two types of mint water mint [Mentha aquatica] and spearmint [Mentha spicata L.] also known as Mentha piperita. Indigenous to Europe and the Middle East, the plant is now widespread in cultivation in many regions of the world 2). Gas chromatography–mass spectrometry analysis of Peppermint revealed the existence of menthone (25.4%), 1,8-cineole (17.7%) and menthol (12.1%) as the main components, while the essential oil contained high amounts of menthol (46.8%) and menthone (25.6%) 3).

Peppermint leaves are aromatic perennial herb cultivated in most part of the world and it is used as folk medicine and frequently used in herbal tea and for culinary purpose to add flavor and aroma 4). Best known for its flavoring and fragrance properties, peppermint leaves (fresh and dried) and the essential oil extracted from the leaves are used in many food, cosmetic and pharmaceutical products. Peppermint is used for flavoring ice cream, candy, fruit preserves, alcoholic beverages, chewing gum, toothpaste, and some shampoos, soaps and skin care products 5). The phenolic constituents of Peppermint leaves include rosmarinic acid and several flavonoids, primarily eriocitrin, luteolin and hesperidin 6). The peppermint essential oil is rich in menthol, l-menthone, pulegone, piperitone, menthol acetate, piperitenone menthone, carvone, menthofuran, isomenthone, menthyl acetate, isopulegol, menthol, 3-octanol, pulegone; hence, it also used as natural antioxidants 7), 8). The list of purported benefits and uses of peppermint as a folk remedy or in complementary and alternative medical therapy include: biliary disorders, dyspepsia, enteritis, flatulence, gastritis, intestinal colic, and spasms of the bile duct, gallbladder and gastrointestinal (GI) tract.

How to make peppermint tea

Wash and tear up the fresh peppermint leaves. Put them in a French press or teapot and pour some boiling water over them.

Does peppermint tea have caffeine ?

No, peppermint leaves have no caffeine. See Table 1 below.

In Germany, peppermint leaf is licensed for use as a standard medicinal tea to treat dyspepsia. The German Commission E has also approved the internal use of the leaf for spastic complaints of the GI tract, gallbladder and bile ducts 11). Peppermint oil is approved for internal use in the event of spastic discomfort of the upper GI tract and bile ducts, irritable colon or irritable bowel syndrome (IBS), catarrahs of the respiratory tract and inflammation of the oral mucosa. Externally, the use of peppermint oil is approved for myalgia and neuralgia. With the exception of peppermint oil and IBS, studies providing evidence to either support or refute the applicability of peppermint as a treatment for many of these conditions in humans is somewhat limited (see Table 2).

Peppermint tea and peppermint oil toxicity and side effects

Toxicology studies of peppermint oil and its components have been performed in animals. Histopathological changes in the white matter of the cerebellum were seen in rats (n = 20) given peppermint oil at doses of 40 and 100 mg/kg orally for 28 days, but no adverse effects were observed at 10 mg/kg 15). No adverse effects were observed at 10 mg/kg. In a comparable 90 day rat study (n = 28), cyst-like spaces in the white matter of the cerebellum and hyaline droplets in the proximal tubules of the kidneys were observed in the highest dose group only 16). Interestingly, the extension of the cyst-like spaces was not aggravated with prolonged dosing in this study. Menthol administered to rats by gavage at 200, 400 and 800 mg/kg for 28 days significantly increased absolute and relative liver weights and the vacuolization of hepatocytes at all doses, although no sign of encephalopathy was observed 17). At 80 and 160 mg/kg, pulegone administered for 28 days induced atonia, decreased blood creatinine levels, lowered body weight and caused histopathological changes in the liver and white matter of the cerebellum 18). No adverse effects were observed with 20 mg/kg pulegone. Menthone given orally to rats (n = 20) at 200, 400 and 800 mg/kg for 28 days decreased creatinine and increased alkaline phosphatase in a dose-dependent manner, increased bilirubin and liver and spleen weights, and also caused histopathological changes in the white matter of the cerebellum in the two highest dose groups 19). The accumulation of protein droplets containing α2μ-globulin in proximal tubular epithelial cells of rats (n = 10/group) was observed after the administration of either 500–1000 mg/kg 1,8-cineole or 800–1600 mg/kg limonene for 28 days, however, no histopathological changes were observed in the brain 20).

A review on the use of peppermint oil, leaf extract, leaf and leaf water in cosmetic formulations by Nair 28) concluded that each are considered safe, although the concentration of pulegone in products containing these ingredients should be limited to 1%. Although the toxicity of menthol is considered to be low, it has the ability to enhance the penetration and absorption of other agents contained in some formulations, thereby increasing the effective dose of these agents at the indicated intake. A few case study reports have described contact sensitivities to peppermint oil and its components in topical and oral preparations 29), 30), but a patch test study of 4000 patients by Kanerva et al. 31) found that menthol and peppermint oil provoked neither allergic nor irritant reactions.

Akdogan et al. 32) reported increased follicle stimulating hormone (FSH) and luteinizing hormone  (LH) levels and decreased testosterone levels in rats given 20 g/L peppermint tea in place of their drinking water. As opposed to spearmint tea, the only effect of peppermint on testicular tissue was segmental maturation arrest in the semniferous tubules. There are no chronic toxicity studies of peppermint in humans, although the German Commission E 33) reports that the use of peppermint oil is contraindicated in patients with bile duct, gallbladder and liver disorders. Caution is also recommended for the use of peppermint oil capsules in patients with GI reflux, hiatal hernia or kidney stones.