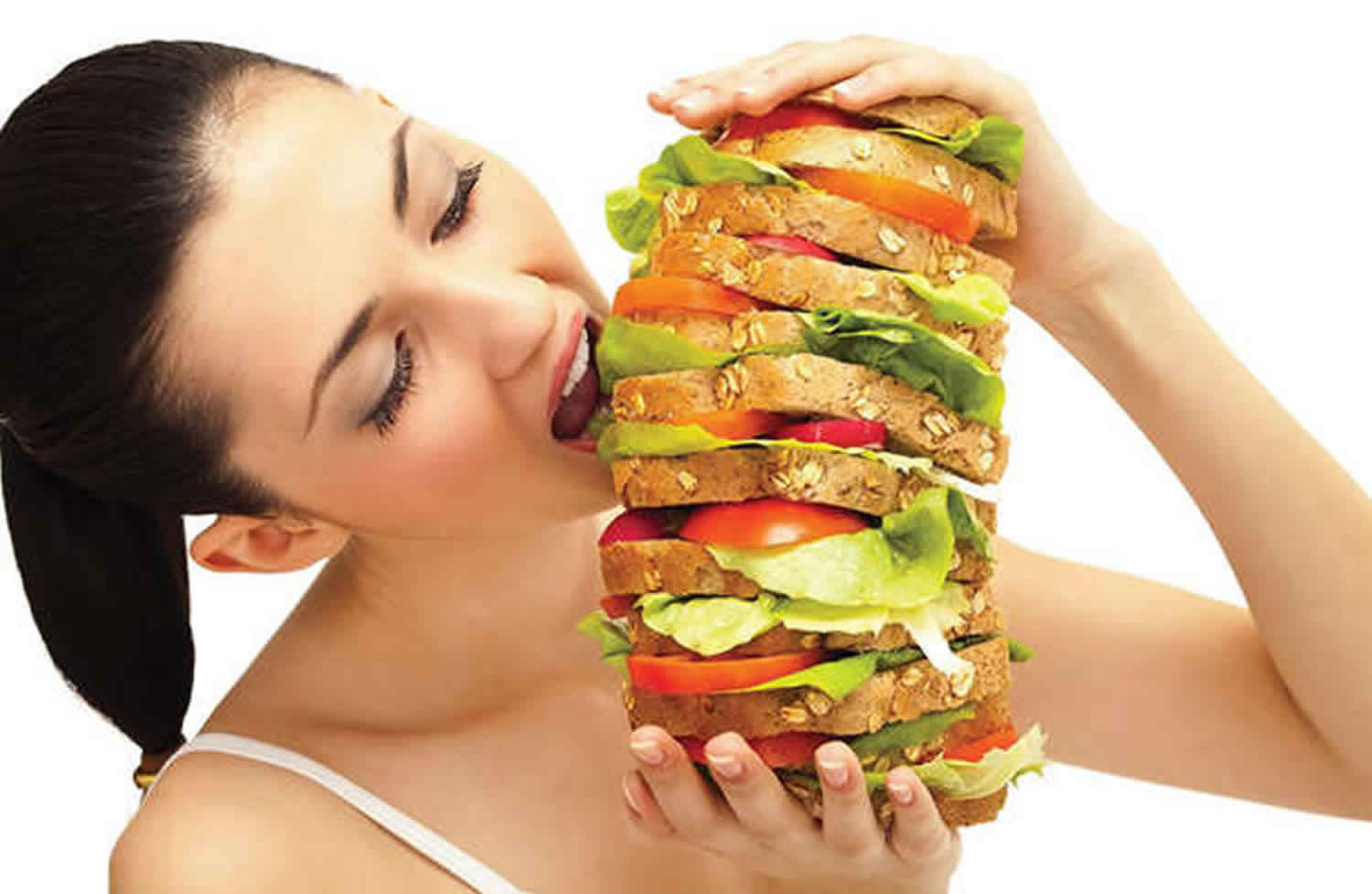 Polyphagia also known as hyperphagia, is the medical term used to describe excessive hunger or increased appetite and is one of the 3 main symptoms of diabetes along with:

An increase in hunger is usually a response to normal things such as intensive exercise or other strenuous activity, but polyphagia can also be the result of more severe issues such as depression or stress.

Polyphagia in diabetes may be the result of the body’s effort to increase its supply of energy, which may lead to the formation of acid compounds called ketone bodies in the blood. Ketone bodies, like glucose, will be excreted in the urine. Excess ketones in the blood lead to a condition called ketoacidosis, which can be life-threatening if left untreated. Ketoacidosis is more common in type 1 diabetics.

Over time, high blood glucose can damage the tiny blood vessels in the kidneys, heart, eyes, nervous system, gums and teeth. That is why diabetes, especially if left untreated, can eventually cause cardiovascular disease, stroke, kidney disease, blindness and damage to nerves in the feet.

Polyphagia can be caused by:

Cause of polyphagia in diabetes

In uncontrolled diabetes where blood glucose levels remain abnormally high or hyperglycemia, glucose from the blood cannot enter the cells – due to either a lack of insulin or insulin resistance – so the body can’t convert the food you eat into energy. This lack of energy causes an increase in hunger.

Simply eating will not get rid of the hungry feeling of polyphagia in people with uncontrolled diabetes, as this will just add to the already high blood glucose levels. The best way to lower blood glucose levels is to exercise as this can help to stimulate insulin production and reduce blood sugar levels.

However, if the hunger persists, you may need to consult your doctor or diabetes health care team.

If blood glucose readings fall below 4 mmol/l, the body usually responds by releasing stored glucose from the liver to raise glucose levels back to normal.

However, people with diabetes that take medication such as insulin and sulfonylureas are at risk of developing a severe form of hypoglycemia and should therefore treat low blood glucose levels by eating something sweet as soon as hypoglycemia is recognised.

The main sign of polyphagia is excessive hunger that doesn’t go away by simply eating more food or eating more regularly than normal.

If you are worried by your sudden increase in appetite, you should consult your doctor. They will examine you to check whether your hunger is a symptom of diabetes or another medical condition.

Treatment for polyphagia varies depending upon the underlying cause. For some people, excessive hunger or thirst is the first indication you have of an underlying physiological condition, so your doctor may run blood and other tests to rule out potential health conditions. Medication can help with diseases that cause polyphagia, and may eliminate symptoms entirely. For genetic disorders or hyperthyroidism, hormone (or anti-hormone) medications are used to help alleviate the symptoms. In extreme cases of hyperthyroidism, surgery may be needed to excise part of the thyroid. Diabetes treatment requires a combination of diet adjustments, blood sugar monitoring, and taking your insulin regularly.

If a physician cannot locate an underlying physical cause, he or she may refer the patient to a mental health specialist. Treatment for bulimia focuses on stabilizing the person with bulimia, addressing stressors that contribute to the bulimia, and working on his or her body image. Some people with bulimia require inpatient treatment, and may also require medical care if their bulimia has caused health problems. When polyphagia co-occurs with depression, anxiety, or another mental conditions, psychotherapists focus on treating the underlying factors that caused the polyphagia rather than on the symptom itself.

Polyphagia rarely occurs without other symptoms. However, when it does, it may become a compulsion. Certain types of therapy and some medications can be effective at treating compulsive over-eating.