Pygeum also known as Pygeum africanum, African prune tree, African cherry, African plum, Red stinkwood or Prunus africana, has been used to improve symptoms of benign prostatic hyperplasia (BPH) and to improve sexual function in men. Pygeum bark extract has been used in Europe since the mid-1960s to treat men suffering from benign prostatic hyperplasia (BPH) 1). Currently, Pygeum (Tadenan) is the most commonly used medicine in France for BPH, backed by many double-blind studies pointing to its efficacy for reducing its symptoms 2). Derived from the tree bark, Pygeum extracts are traditionally used to manage lower urinary tract symptoms associated with benign prostatic hypertrophy (BPH) 3). Test tube and animal studies indicate that Pygeum extracts have bactericidal and fungicidal activity 4), antagonize the androgen receptor 5) and have antiproliferative and apoptotic effects against prostate cancer cells 6). Clinical studies suggest effectiveness of Pygeum 7), 8), 9), 10) and formulations containing Pygeum and other herbs 11) to improve urinary symptoms associated with BPH. This 1998 Cochrane review 12) found that Pygeum africanum is well tolerated, cheaper than many prescription medicines used for BPH (benign prostatic hyperplasia) and provides moderate relief from the urinary problems caused by an enlarged prostate. However, additional larger studies are needed to demonstrate usefulness of Pygeum compared with standard treatments in current use for BPH.

Pygeum africanum is a member of the Rosaceae family, an evergreen species found across the entire continent of Africa at altitudes of 3,000 feet or higher. Pygeum africanum is found in a number of African countries including Kenya, Madagascar, Uganda, and Nigeria. It grows up to 150 feet tall 13).

The active constituents of Pygeum extract include phytosterols (e.g., beta-sitosterol) that have anti-inflammatory effects by inhibiting production of pro-inflammatory prostaglandins in the prostate 14). Pygeum antagonizes 5-lipoxygenase metabolite production, and this action may contribute to its anti-inflammatory effects 15). Pygeum extract antimicrobial effects have been linked to inhibition of IL-7 mRNA expression 16). Pygeum also contains pentacyclic triterpenes (ursolic and oleanic acids) that have anti-edema properties, and ferulic acid nesters (n-docosanol and tetracosanol) that reduce prolactin levels and block the accumulation of cholesterol in the prostate. Prolactin is purported to increase the uptake of testosterone by the prostate and cholesterol increases binding sites for dihydrotestosterone (DHT) 17). The isolated compounds atraric acid and N-butylbenzene-sulfonamide were identified as androgen receptor antagonists, which play an important role in the development of prostate diseases 18). Antiproliferative and apoptotic effects of pygeum on prostate fibroblasts and myofibroblasts are due to downregulation of transforming growth factor B1 and inhibition of fibroblast growth factor 2-specific signaling 19).

How long does it take for pygeum to work?

Since 1969, bark extracts from Pygeum africanum have been available as prescription drugs in Europe and have been widely used to treat benign prostatic hyperplasia (BPH) 22). Pygeum africanum bark contains a number of compounds including saturated and unsaturated fatty acids, phytosterols (e.g., beta-sitosterol), pentacyclic triterpenoids (e.g., oleanolic acid), alcohols, and carbohydrates. The extract is obtained by macerating and solubilizing the bark in an organic solvent, and evaporation of the solvent 23).

Two components of Pygeum africanum bark extracts, atraric acid and N-butylbenzene-sulfonamide, are androgen receptor inhibitors, as indicated by both in test tube 24) and animal  studies 25). This activity is produced by each of these components at concentrations that are significantly lower than the clinically achieved concentration of the antiandrogen flutamide 26).

Beta-sitosterol is a member of the phytosterol family of phytochemicals. Pygeum africanum, saw palmetto (Serenoa repens), and some legumes can contain rather high concentrations of beta-sitosterol. Beta-sitosterol at very high concentrations (i.e., 16 μM or 6.64 mg/mL) has been shown to significantly inhibit growth of PC-3 prostate cancer cells and induce apoptosis 27). Beta-sitosterol is very poorly bioavailable, with an estimated 0.41% of dietary beta-sitosterol absorbed, and circulating blood levels of about 3 μg/mL to 9 μg/mL in individuals consuming diets containing normal to high amounts of plant-based foods (approximately 1,000 times less than the concentration used in the study) 28). Associated with these effects are decreasing levels of cell cycle regulators p21 and p27 in the cancer cells and an increased production of reactive oxygen species.

Although Pygeum exact mechanism of action is still unclear, in animal models Pygeum has been shown to modulate bladder contractility by reducing the sensitivity of the bladder to electrical stimulation, phenylephrine, adenosine triphosphate, and carbachol 29). Pygeum also has anti-inflammatory activity, by decreasing production of leukotrienes and other 5-lipoxygenase metabolites (lower concentrations of Pygeum can be used to decrease 5-lipoxygenase metabolites when first dissolved in dimethylsulfoxide) 30). Furthermore, Pygeum inhibits fibroblast production, increases adrenal androgen secretion, and restores the secretory activity of prostate and bulbourethral epithelium 31).

Basic fibroblast growth factor (bFGF) is hypothesized to play a role in the development of BPH and Pygeum has been shown to have a significant inhibitory effect on cell proliferation induced by bFGF 32). Furthermore, in patients with abnormally low prostatic acid phosphatase activity, Pygeum extract can restore acid phosphatase activity and total protein secretion, although it is more effective in patients without prostatic inflammation 33).

A year 2000 literature review analyzed studies from 1966-2000 containing a total of 18 randomized, controlled trials involving 1,562 men 36). The reviewers concluded that, compared with placebo, Pygeum africanum provided a significant improvement in the combined outcome of urological symptoms and flow measures. In addition, subjects taking Pygeum extract were more than twice as likely to report an improvement in overall symptoms; nocturia was reduced by 19 percent and residual urine volume by 24 percent; and peak urine flow was increased by 23 percent 37).

A lengthy 1995 literature review of the use of Pygeum extract for BPH also yielded positive findings for its efficacy 38). Twelve double-blind, placebo-controlled studies of Pygeum extract were analyzed in which 358 patients received Pygeum extract and 359 received placebo 39). Taken as a whole, the results show a statistically significant benefit for Pygeum extract over placebo. Unfortunately, most of the studies had small patient numbers, although one study with 126 subjects showed a statistically significant benefit for Pygeum extract in maximum urinary flow rate, voided volume, residual volume, nocturia, daytime frequency and impression of improvement scored by physicians and patients 40).

In an experiment with 209 subjects with BPH using a parallel-group, double-blind, comparative phase (group A, 50 mg twice daily; group B, 100 mg once daily) and a ten-month open phase (100 mg once daily), the average International Prostate Symptom Score  improved by 38 percent in group A and 35 percent in group B 41). Furthermore, the quality of life (QOL) index improved 28 percent in both groups, and the maxi-mum urinary flow rate (Qmax) increased 16 per-cent in group A and 19 percent in group B.12 After12 months, the IPSS decreased an average of 46percent and the Qmax increased 15 percent 42). In another open phase trial testing the efficacy of Pygeum (Tadenan), a plant extract from Pygeum, 85 patientshad significant improvements in International Prostate Symptom Score (40%), quality of life (32%), and nocturnal frequency (32%). Improvements in Qmax, average urinary flow, and urine volume were also statistically significant 43).

In four relatively small studies, Pygeum was compared with: (1) sitosterin (n=53), (2) Urticae radix extract (n=42), (3) non-steroidal anti-inflammatory or anti-infective treatment (n=39), or (4) non-steroidal antiinflammatory treatment only (n=49) 44). Although the results favored Pygeum extract over the other treatment groups, only a small number of patients were studied, and no statistical comparisons were made among treatments 45).

Pygeum extract (100 mg/d for 5-7weeks) was used to treat 47 patients with chronic prostatitis (8 septic, 39 non-septic) in an open-label study. Eighty-nine percent of patients experienced complete remission of symptoms; whereas, there were no improvements in three septic patients and two non-septic patients 46). In another study, Pygeum extract (200 mg/day for 60 days) was used either alone or in combination with antibiotics to treat 18 patients suffering from sexual disturbances due to either BPH or chronic prostatitis 47). Pygeum improved all the urinary parameters investigated by medical history and prostatic transrectalechography and improved sexual function despite the fact there were no significant differences found between hormonal levels and nocturnal penile tumescence and rigidity monitoring before and after therapy 48). The authors stated that the results should be confirmed by other investigators but suggested Pygeum extract may be beneficial in the treatment of patients with sexual/reproductive dysfunction 49).

The majority of the studies report an absence of any significant adverse effects of Pygeum, although there have been rare complaints of diarrhea, constipation, dizziness, gastric pain and visual disturbances 57). One study demonstrated continued satisfactory safety profiles in 174 human subjects after 12 months of 100 mg daily doses 58). Toxicological studies have likewise shown very good tolerability after oral administration. Administration of Pygeum to dog and rat subjects equivalent to 560 times the therapeutic dose for six-month periods resulted in no adverse effects on hematological, biochemical, or anatomical/pathological parameters. Pygeum extract had no effect on fertility in male rats and rabbits at doses up to80 mg/kg/day – a safety margin of 50 times thetherapeutic dose. Furthermore, in animal studies and test tube studies of mutagenicity showed a complete absence of mutagenic or clastogenic potential. In fact, many of the constituents of Pygeum have anticarcinogenic and antimutagenic properties in animal studies and test tube studies 59). 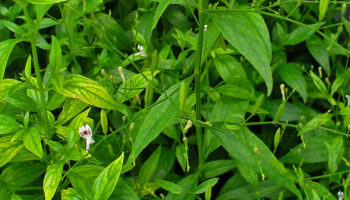 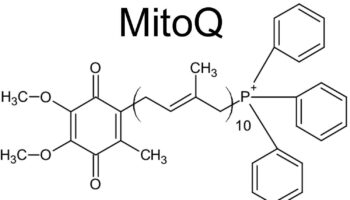 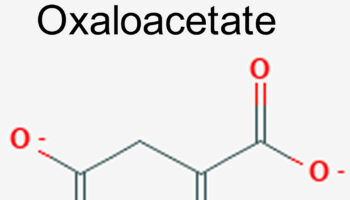 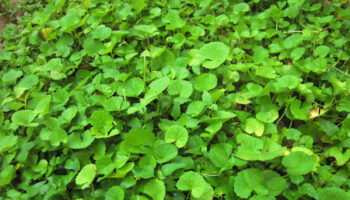 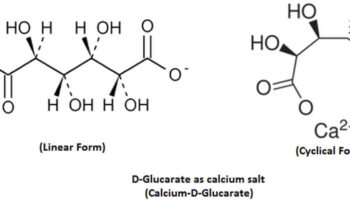