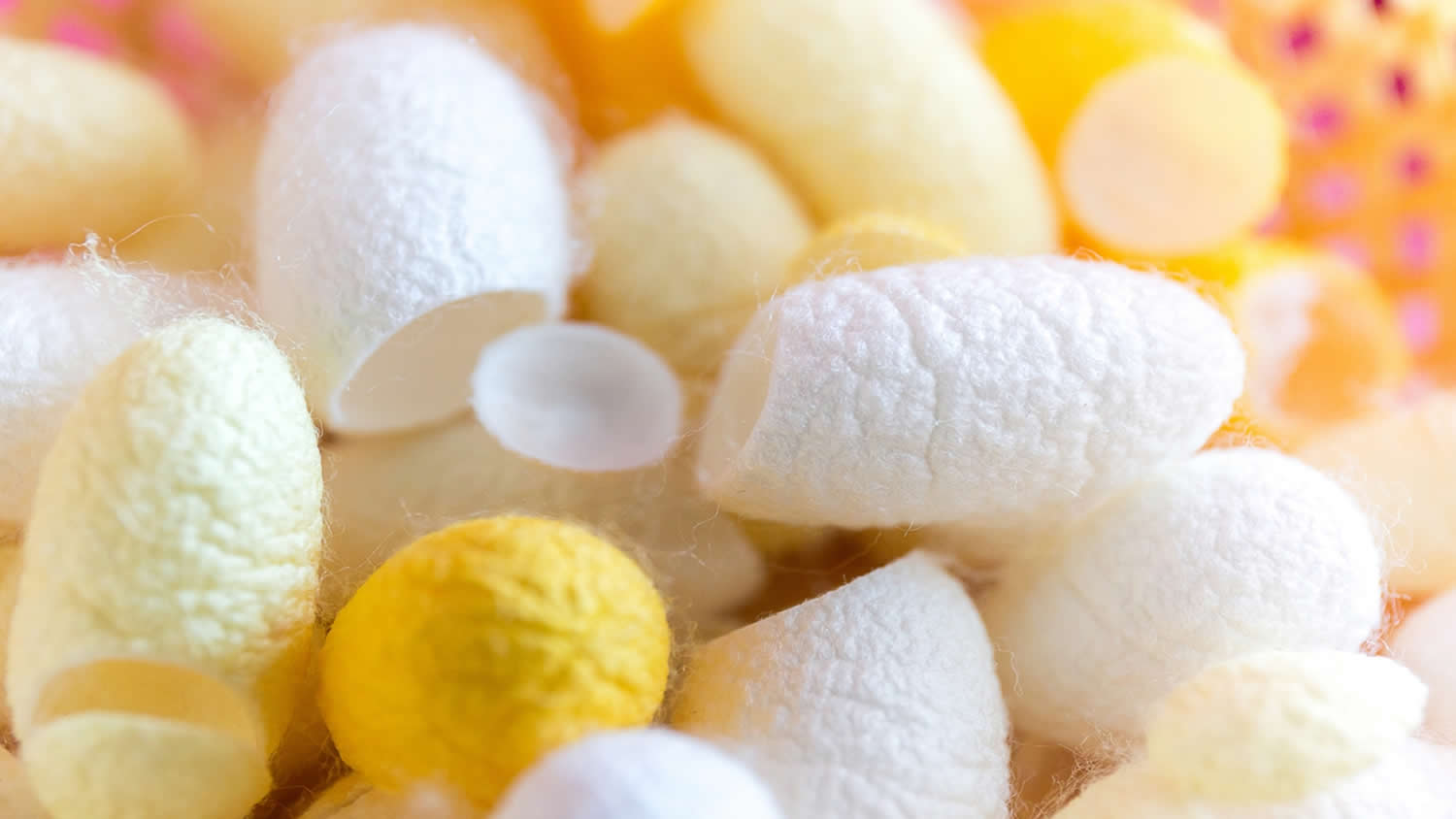 Serrapeptase is an extracellular metalloprotease enzyme isolated from enterobacterium Serratia marcescens Serratia sp. strain E-15 (one of the enteric bacilli in silk worm) 1. The microorganism Serratia marcescens Serratia sp. strain E-15 was originally isolated in the late 1960s from silk worm Bombyx mori L 2. Serrapeptase is presented in the silk worm intestine and allows the emerging moth to dissolve its cocoon. It is produced by purification mainly from fermentation of Serratia marcescens or Serratia sp. E 15. The Serrapeptase  enzyme belongs to Serralysin group of enzymes and is known to cleave the peptides with linkages of Asn-Gln, CysSO3H-Gly, Arg-Gly, and Tyr-tyr as well as the bond between His-Leu, Gly-Ala, Ala-Leu, Tyr-leu, Gly-Gly, Phen-Tyr, and Tyr-Thr, showing broad substrate specificity 3. The Serrapeptase enzyme is absorbed through the intestine and transported directly into the blood stream 4. Serrapeptase should be enterically coated or else it may get destroyed by acid in the stomach before it gets into small intestine 5. Serrapeptase enzyme is believed to induce degradation of insoluble protein products like fibrin and inflammatory mediators. It reduces the viscosity of exudates facilitating drainage and alleviates pain by inhibiting the release of bradykinin 6.

Serrapeptase is also known as Serratiopeptidase (Serratia E-15 protease), serralysin, serratiapeptase, serratia peptidase or serrapeptidase, is a proteolytic enzyme preparation used is used either alone or in combination with other drugs to treat inflammation. Serrapeptase has been used in Europe and Asia for over 30 years, but is relatively new in the United States and Canada 7. Serrapeptase has powerful anti-inflammatory properties. Clinical studies have shown that Serrapeptase is effective in reducing swelling and edema and metabolizing scar tissues in the body 8 and particularly useful for post-traumatic swelling, breast engorgement during lactation 9 and bronchitis 10. Serrapeptase can digest dead tissue, blood clots, cysts, and arterial plaques 11. The anti-inflammatory properties of serrapeptase was first studied in Japan in 1967. Later during the 1970s these parenteral enzyme formulations were replaced by their enteric coated successors. During the 1980s and 1990s it was proposed by separate research conducted in Europe and Japan that serrapeptase is the most effective agent in reducing inflammation among all enzyme preparations.

Serrapeptase is used either alone or in combination with other drugs to treat inflammation. It is proved to be a superior alternative to traditional NSAIDS like diclofenac sodium and ketoprofen which have pronounced side effects.

Serrapeptase mechanism of anti-inflammatory effect is because of hydrolysis of histamine, bradykinin, and serotonin 12. Serrapeptase also has a proteolytic and fibrinolytic effect. This is achieved by dissolving the complement (specific proteins responsible for inflammation) and increasing the plasmin activity by inhibiting the plasmin inactivators 13. This anti-inflammatory activity of serrapeptase can be evaluated by Rat Paw Edema model, wherein edema is induced by Aerosil and the decrease in the thickness of the inflamed rat paw is measured using plethysmometer 14.

Serrapeptase contains 450 amino acids cleaved with the peptide bond having molecular weight of approximately 60 kDa. Serrapeptase is labile to heat, moisture, and pH of the environment. The enzyme has maximal activity at pH 9.0 and at temperature 40°C. Serrapeptase shows excellent stability at lower temperatures in the pH range from 5 to 10. Serrapeptase is unstable at 37°C in alkaline conditions. The enzyme is completely inactivated by heating at 55°C for 15 min.

What is serrapeptase good for?

Esch et al. 22 used serrapeptase for reduction of postoperative swelling in upper ankle joint surgery and concluded that significant reduction in swelling had been achieved post- operatively with the use of serrapeptase.

Al-Khateeb and Nusair 23 investigated the ability of serrapeptase to reduce post-operative pain, swelling and trismus after third molar surgery. There was a significant reduction in the pain intensity and extent of cheek swelling in the serrapeptase group at the 2nd, 3rd and 7th post-operative days. Another study by Chappi et al. 24 also indicated similar results in which the serrapeptase group showed significantly reduced trismus and swelling on the day 1, 3 and 5 post-operatively. However, this enzyme preparation did not exert an appreciable analgesic effect post-operatively 23. In the same study by Chappi et al. 24 showed serratiopeptidase 10 mg orally produced an appreciable anti-edema effect and had no apparent effect on rate of wound healing. Murugesan et al. 25 found that dexamethasone was more effective in reducing swelling and pain when compared with serratiopeptidase, however both had same effect on trismus.

More evidence is needed to rate the effectiveness of serrapeptase for these uses.

For reducing swelling of the inside of the cheek after sinus surgery: 5-10 mg of serrapeptase 3 times on the day before surgery, once in the evening after surgery, and then 3 times daily for 5 days following surgery.

Serrapeptase seems to be safe for adults when taken by mouth, short-term (up to 4 weeks). The long-term safety of serrapeptase is not known.

According to a review of the literature, Stevens-Johnson syndrome and toxic epidermal necrolysis have been reported as being associated exclusively with serrapeptase 27.

Surgery: Serrapeptase might interfere with blood clotting. There is a concern that it might increase bleeding during and after surgery. Stop using serrapeptase at least 2 weeks before a scheduled surgery.