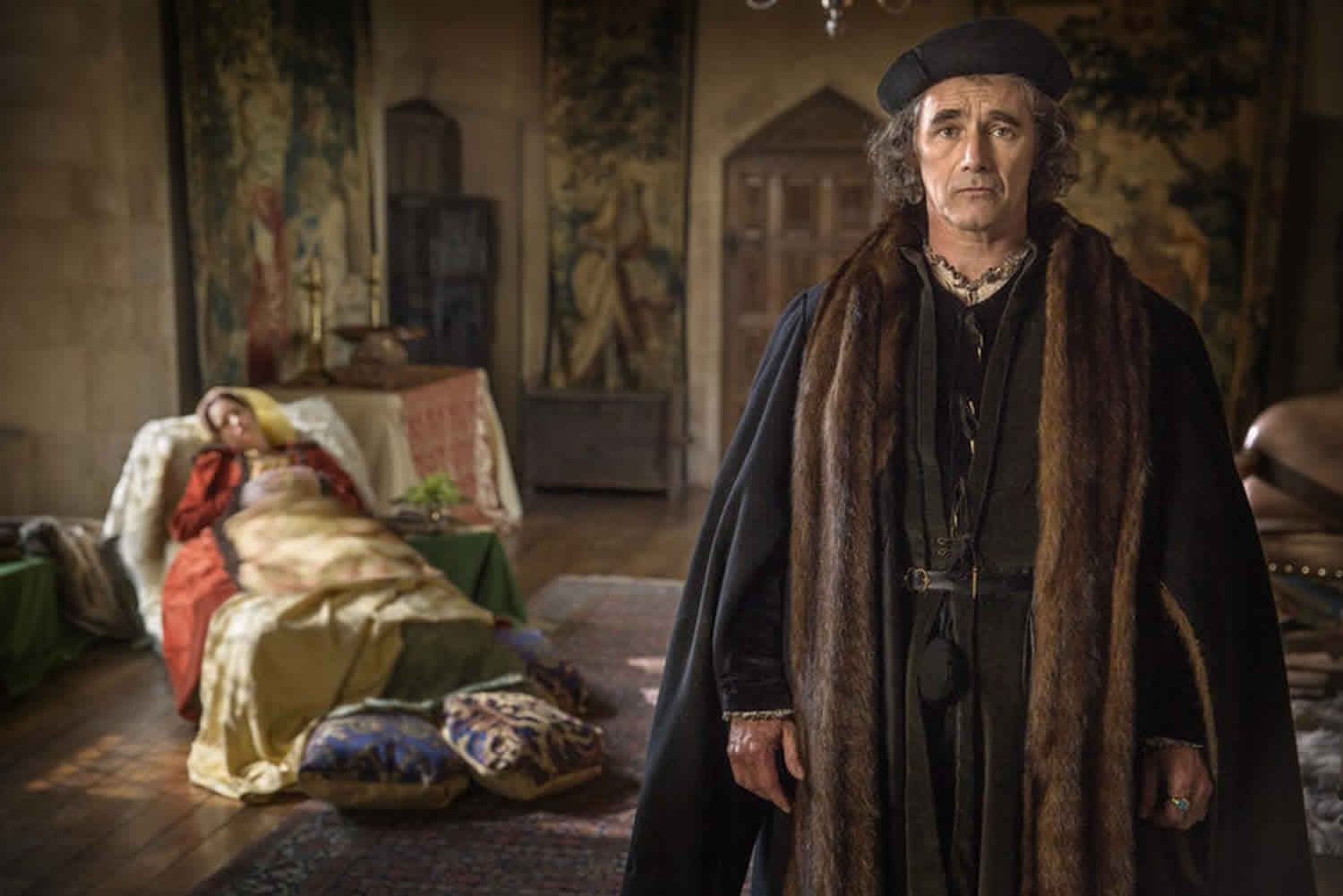 The English sweating sickness raged in five devastating epidemics with mortality rates between 30 and 50% between 1485 and 1551 throughout England, and on one occasion also affected mainland Europe, in 1529 4). The Picardy sweat, generally considered as the English sweating sickness lesser deadly successor, flared up in France in 1718 and caused 196 localized outbreaks with varying severity all over France and neighboring countries up to 1861.

The irregular intervals between the five epidemics (22, 10, 11 and 23 years respectively) suggest an ecological or meteorological trigger 9). Its sudden onset and incredibly rapid course terrorized the citizens of 15th and 16th century England 10) and suggests a very common and abundant vector whose population peaked during those years, or human-to-human transmission.

The fact that the onset of the sweating sickness was quick, deadly and without warning invariably caused panic in the affected population. The English sweating sickness was new and unknown, struck without warning, killed often hundreds per week and disappeared apparently for no reason after one or two months. These short episodes did not however cause a general population decline, as did the plague in the 14th century 11). The first symptoms were chills and tremors, quickly followed by high fever and great weakness. The body was covered with perspiration but a rash was rarely reported. The course of the English sweating sickness was exceptionally violent and sometimes fatal within hours. The mortality rate was highly variable, but probably between 30 and 50% 12). In comparison, the overall mortality from the 1346-1353 plague epidemic was estimated at 30% to 60% 13). Zinsser 14) cites English sweating sickness mortality as high as 80 to 90%, but Creighton reports a mortality of 5% 15). The English sweating sickness thus emerged around 1480, caused five major epidemics [1485, 1507, 1517, 1528, 1551], and then apparently disappeared, until a more benign variant -the Picardy Sweat- emerged in France more than 150 years later 16).

The infection mode of the English sweating sickness remains unclear as neither the pathogen, nor the vector, were ever identified 17). According to some reports the English sweating sickness was already present in England before 1485 18) and it was suggested that in-between outbreaks there also occurred cases 19). This suggests a rodent-borne disease, which typically shows seasonal as well as multi-annual fluctuations 20). Although climatic conditions and events were carefully recorded throughout time 21), there exist—no records of rodents or other wildlife species becoming pests. If the Sweat was rodent-borne, the black rat (Rattus rattus, present in Europe since prehistoric times) is—due to his synanthropic behavioral pattern—a prime candidate vector species and is known as a carrier of Seoul hantavirus.

The hypothesis that the Sweating Sickness was a form of typhus was discounted because of the speed with which the symptoms appeared and the extremely short course of the disease 22).

Influenza was discounted because of the absence of any respiratory symptoms or secondary cases of pneumonia 23).

Recently, anthrax was suggested because of the rare symptoms observed during the 2001 inhalational anthrax cases in the USA, given the spore-forming capacity of anthrax (Bacillus anthracis) there might be a possibility of retrieving evidence of this hypothesis from Sweating Sickness victims in the 16th century 24).

The fact that the outbreaks were invariably preceded by a period of prolonged rainfall and, in some areas, extensive flooding 25) then led to the presumption that an arbovirus (tick- or mosquito-borne) could be the cause, which could explain why the higher, colder parts of the British Isles (Scotland, Wales) remained unaffected. In the tick-borne hypothesis, the more virulent Russian spring-summer encephalitis and Omsk Hemorrhagic fever were suggested 26). Carlson and Hammond 27) suggested Crimean-Congo Hemorrhagic Fever as a candidate, the geographical restriction of the outbreaks however is with Crimean-Congo Hemorrhagic Fever as causal agent difficult to explain.

Rickettsial pox was considered a candidate in line with symptoms observed during the Queens outbreak (New York City) in 1946 28).

The food-borne botulism hypothesis—eating fish and Swabian sausages was blamed in Germany—was suggested, but seems, again due to the geographical restrictions of the disease, unlikely 29). Further proof was unfortunately not available for none of the hypotheses and all authors concluded the true cause lies hidden in the mist of time.

A plausible explanation for the restriction of the English sweat to England was suggested by Millingen and Willan 30), i.e., according to both authors the English sweat was caused by a specific, but common food poisoning in the Middle Ages, a fungus (Claviceps purpurae) that grows on grasses and cereals and its occurrence has been linked to cold winters followed by wet summers. It contains certain alkaloids (e.g., ergocryptin) that produce a condition that is called ergotism in humans and animals. Poisoning by ergot was rather common in the Medieval era in Europe [133]. Millingen blamed cereals (wheat, rye), the main ingredient of the bread of the English in those days 31) for the limitation of the English sweat to England and argued that the Scottish and Welsh in contrast consumed mainly barley and oats 32). A food-borne cause was later on judged unlikely, mainly because rye cultivation was far less popular in England than on mainland Europe 33). An anonymous writer who called himself The Inquirer 34), opposed to the ergotism hypothesis and pointed out that ergotism occurred in years where the rye and wheat harvest failed and cereals became rare and expensive. Famine, the direct consequence of scarcity was, according to him, not recorded in the years that the Sweat raged in England and also one of the prominent symptoms of ergotism, i.e., gangrenous manifestations in the limbs were not recorded in the course and outcome of the English Sweat 35). Creighton 36) however, wrote exactly the opposite and mentions years with wet winters, heavy rainfall and destroyed harvests in the years preceding the Sweat epidemics. An insect or rodent source that has a link with the cereal harvest should however be considered. The timing of the successive epidemics, i.e., summer to beginning of autumn, and the circumstances, i.e., years with harsh winters and with heavy rain fall in spring, supports this assumption and this could in turn point to a mosquito-, tick-, but also a rodent-borne disease. If a hantavirus is considered as cause, insectivore population peaks due to the availability of insects in summer or increased bat activity, again due to the high seasonal prevalence of flying insects, should also be taken into account.

Finally, in 1997, it was suggested that the English Sweat was caused by a medieval ancestor of the hantavirus species which has recently appeared in North America and provoking Hantavirus pulmonary syndrome 37). The clustering of the cases, the pulmonary components as described by Le Forestier 38) and the outbreaks after abundant rainfall in fact resemble the epidemics caused by population fluctuations of infected peridomestic small mammal populations 39). However, if the English sweating sickness had been caused by a hantavirus, at least isolated cases would have been reported over time in England and this has not been the case. When comparing English sweating sickness, the Picardy sweat, hantavirus pulmonary syndrome and hemorrhagic fever with renal syndrome, there is reason to suggest that Sweating sickness could also have been caused by an Old world hantavirus (with an Arvicolinae or Muridae rodent as carrier), which would be in line with the more benign nature of the Picardy Sweat in Northern France in the 18th and 19th century. Why the virus was so much more virulent in the 15th–16th century cannot be explained by genetic variation in present-day hantaviruses 40). The Dobrava hantavirus complex however, in which different genotypes–although genetically highly similar—give very different clinical pictures 41), might point to a similar situation for the virus (on the condition it was a virus, and a hantavirus) that caused the English sweat and the Picardy sweat. Also, due to the recent discovery of the presence of hantaviruses in insectivores and bats 42), the possibility of an insectivore or bat-borne hantavirus should be taken into account 43).

The onset of English sweating sickness was quick and without warning, according to contemporary descriptions usually during the night or early morning. The first symptoms were chills and tremors, quickly followed by high fever and a great weakness. The body was covered with perspiration and a rash was, contrary to the Picardy sweat, seldom reported. The course of the disease was exceptionally violent and sometimes fatal within hours. The mortality rate was highly variable but probably between 30% and 50% 44), Zinsser 45) cites a mortality rate as high as 80% to 90%, but Creighton reports a mortality of 5% 46). The reason for the variability in mortality figures could have been the level of expertise of the physicians. Hamer described a number of them as: “ignorant interlopers who with their pills and their hellish electuaries flit about from place to place, especially where rich merchants were to be found, from whom, should they be restored, they obtain the promise of mines of gold.” 47). The method for treating the patient does also not appear optimal in present time and probably contributed to the mortality, or as Creighton described it: “the patients were placed instantly to bed, covered with clothes, windows being closed until the patient finally in his rehearsal of hell being bathed in an agonising sweat gave up the ghost” 48). Thomas More (1478–1535, councilor of Henry VII) described the disease as “more harmful than the sword”. Generally, the acute phase of the Sweat lasted for about twenty-four hours hence the name “Ephemera Britannica” 49), after which the patient recovered or died. Surviving for more than twenty-four hours generally indicated recovery and the perspiration was—as in hantavirus infections—replaced by polyuria 50). Remarkably it also only seemed to affect Englishmen as there are no records of foreigners being affected on English soil 51). Whether this is true or due to ignoring the faith of foreigners remains unknown, but the fact remains that several authors mention this 52). Bordier even hypothesed rather convincingly that tall, fair-haired races were more vulnerable to the English sweat 53).

With regard to the incubation time of the English sweat, the most reliable source is Thomas Le Forestier 54) who stated that the sweat “first unfurled his banners in England in the city of London, on the 19th of September”, although Vitellius 55), and Sir Francis Bacon 56), gave different dates in September. Because there was mention of the disease in the troops of Henry during or after the arrival of the Army in Wales on the 7th of August and the Battle of Bosworth on the 22nd of the same month, the incubation time can be estimated to be from one day up to 29 days (from August 22nd to September 19th, if the Sweat only made victims at the time of the Battle of Bosworth). If the Sweat was already making victims when the invading army landed, the incubation time would be around 44 days (August 7th to September 19th) which is in line with the incubation time of hantavirus infections. The route the disease took coincided with that of the army, which could suggest human-to-human transmission. But, as armed forces in those days were accompanied by a caravan carrying supplies (including livestock), family, craftsmen, etc., the vector could have traveled along with the support troops.

Without evidence for the causal agent of the English sweating sickness no treatment was available. What is known on this topic is still too little, as there is no definitive evidence concerning the causal pathogen of English sweating sickness. The nature and origin of the English Sweating Sickness, the Picardy Sweat and the Huey Cocoliztl are still medical mysteries and will most probably remain so.