The annual incidence rate for urethral cancer in the Surveillance, Epidemiology, and End Results (SEER) database during the period from 1973 to 2002 in the United States for men was 4.3 per million and for women was 1.5 per million, with downward trends over the three decades 1). The incidence was twice as high in African Americans as in whites (5 million vs. 2.5 per million). Urethral cancers appear to be associated with infection with human papillomavirus (HPV), particularly HPV16, a strain of HPV known to be causative for cervical cancer 2).

In an analysis of Surveillance, Epidemiology, and End Results (SEER) data from 1973 to 2002, the most common histologic types of urethral cancer were 3):

Other cell types, such as melanoma, were extremely rare 4).

The male urethra is lined by transitional cells in its prostatic and membranous portion and stratified columnar epithelium to stratified squamous epithelium in the bulbous and penile portions. The submucosa of the urethra contains numerous glands. Therefore, urethral cancer in the male can manifest the histological characteristics of transitional cell carcinoma, squamous cell carcinoma, or adenocarcinoma.

The histology of the primary urethral cancer is of less importance in estimating response to therapy and survival 5). Endoscopic examination, urethrography, and magnetic resonance imaging are useful in determining the local extent of the tumor 6).

The female urethra is largely contained within the anterior vaginal wall. In adults, it is about 4 cm in length.

Footnote: Anatomy of the male urinary system (left panel) and female urinary system (right panel) showing the kidneys, ureters, bladder, and urethra. Urine is made in the renal tubules and collects in the renal pelvis of each kidney. The urine flows from the kidneys through the ureters to the bladder. The urine is stored in the bladder until it leaves the body through the urethra.

The cause of urethral cancer is obscure. Although cigarette smoking, exposure to aromatic amines, and analgesic abuse are associated with transitional-cell carcinoma of the bladder, no such correlation has been established with urethral carcinoma. However, patients with a history of bladder cancer are at an increased risk of urethral cancer.

In rare instances, arsenic ingestion has been associated with an increased risk of primary urethral cancer 8).

These and other signs and symptoms may be caused by urethral cancer or by other conditions. There may be no signs or symptoms in the early stages of urethral cancer. Check with your doctor if you have any of the following:

Tests that examine the urethra and bladder are used to detect (find) and diagnose urethral cancer.

The following tests and procedures may be used:

After urethral cancer has been diagnosed, tests are done to find out if cancer cells have spread within the urethra or to other parts of the body.

The process used to find out if cancer has spread within the urethra or to other parts of the body is called staging. The information gathered from the staging process determines the stage of the disease. It is important to know the stage in order to plan treatment.

The following procedures may be used in the staging process:

Urethral cancer is staged and treated based on the part of the urethra that is affected and how deeply the tumor has spread into tissue around the urethra. Urethral cancer can be described as distal or proximal.

These lesions are often superficial.

These lesions are often deeply invasive.

In men, cancer that forms in the proximal urethra (the part of the urethra that passes through the prostate to the bladder) may occur at the same time as cancer of the bladder and/or prostate. Sometimes this occurs at diagnosis and sometimes it occurs later.

Approximately 5% to 10% of men with cystectomy for bladder cancer may have or may develop urethral cancer distal to the urogenital diaphragm 10).

Recurrent urethral cancer is cancer that has recurred (come back) after it has been treated. The cancer may come back in the urethra or in other parts of the body.

Surgery is the mainstay of therapy for urethral cancers in both women and men. The surgical approach depends on tumor stage and anatomic location, and tumor grade plays a less important role in treatment decisions 12). Although the traditional recommendation has been to achieve a 2-cm tumor-free margin, the optimal surgical margin has not been rigorously studied and is not well defined. The role of lymph node dissection is not clear in the absence of clinical involvement, and the role of prophylactic dissection is controversial 13). Radiation therapy and/or chemotherapy may be added in some cases in patients with extensive disease or in an attempt at organ preservation; but there are no clear guidelines for patient selection, and the low level of evidence precludes confident conclusions about their incremental benefit 14).

Ablative techniques, such as transurethral resection, electroresection and fulguration, or laser vaporization-coagulation, are used to preserve organ function in cases of superficial anterior tumors, although the supporting literature is scant 15).

Surgery to remove the cancer is the most common treatment for cancer of the urethra. One of the following types of surgery may be done:

After the doctor removes all the cancer that can be seen at the time of the surgery, some patients may be given chemotherapy or radiation therapy after surgery to kill any cancer cells that are left. Treatment given after the surgery, to lower the risk that the cancer will come back, is called adjuvant therapy.

Radiation therapy with external beam, brachytherapy, or a combination is sometimes used for the primary therapy of early-stage proximal urethral cancers, particularly in women. Brachytherapy may be delivered with low-dose-rate iridium Ir 192 sources using a template or urethral catheter. Definitive radiation is also sometimes used for advanced-stage tumors, but because monotherapy of large tumors has shown poor tumor control, it is more frequently incorporated into combined modality therapy after surgery or with chemotherapy 16). There are no head-to-head comparisons of these various approaches, and patient selection may explain differences in outcomes among the regimens.

The most commonly used tumor doses are in the range of 60 Gy to 70 Gy. Severe complication rates for definitive radiation are about 16% to 20% and include fistula development, especially for large tumors invading the vagina, bladder, or rectum. Urethral strictures also occur in the setting of urethral-sparing treatment. Toxicity rates increase at doses greater than 65 Gy to 70 Gy. Intensity-modulated radiation therapy has come into more common use in an attempt to decrease local morbidity of the radiation 17).

The literature on chemotherapy for urethral carcinoma is anecdotal in nature and restricted to retrospective, single-center case series or case reports 18). A wide variety of agents used alone or in combination have been reported over the years, and their use has largely been extrapolated from experience with other urinary tract tumors.

Chemotherapy has been used alone for metastatic disease or in combination with radiation therapy and/or surgery for locally advanced urethral cancer. It may be used in the neoadjuvant setting with radiation therapy in an attempt to increase the resectability rate or in an attempt at organ preservation 21). However, the impact of any of these regimens on survival is not known for any stage or setting.

Active surveillance is following a patient’s condition without giving any treatment unless there are changes in test results. It is used to find early signs that the condition is getting worse. In active surveillance, patients are given certain exams and tests, including biopsies, on a regular schedule.

The prognosis (chance of recovery) of urethral cancer depends on the following factors 22):

Superficial tumors located in the distal urethra of both the female and male are generally curable. However, deeply invasive lesions are rarely curable by any combination of therapies. In men, the prognosis of tumors in the distal (pendulous) urethra is better than for tumors of the proximal (bulbomembranous) and prostatic urethra, which tend to present at more advanced stages 23). Likewise, distal urethral tumors tend to occur at earlier stages in women, and they appear to have a better prognosis than proximal tumors 24).

Distal cancers of the male urethra exhibit significantly improved survival rates compared with proximal tumors, and present a cure rate which can reach 90% thanks to a generally earlier detection referable to more evident symptoms 25). Proximal neoplasms are usually invasive and more aggressive at presentation and require extended surgery including resection of the penis, urethra, scrotum, and pubic bone with radical cystoprostatectomy. Disease-free survival for these patients is reported to be between 33% and 45% 26).

A study using the Surveillance, Epidemiology, and End Results (SEER) database concluded that, set againsttransitional cell carcinoma, advanced age, higher grade, higher stage, systemic metastases, other histology (non-squamous cell carcinoma, nonadenocarcinoma), and no surgery versus radical resection were predictive of increased likelihood of death as well as death from disease. As compared with transitional cell carcinoma, adenocarcinoma was associated with a lower likelihood of death and death from disease. This study illuminates prognostic indicators that previous, smaller studies were unable to reveal, yet it is limited by its lack of data regarding tumor location 27).

Patients treated with urethrectomy or partial penectomy have a lower risk of complications from urethral stricture formation or development of urethral fistulae, but these risks should be addressed with the patient prior to surgery. Urinary incontinence may result from bladder overactivity and severe urgency or from damage to the external sphincter, which may lead to stress incontinence or progress to total urinary incontinence.

Tumor recurrence leads to erosion or abscess of the penile, scrotal, and perineal skin. Necrotic tissue at these sites may lead to poor wound healing and the development of fistulae and abscesses, culminating in sepsis.

In patients treated with radical cystoprostatectomy, complications include bowel obstruction, infection, and leakage, primarily due to the use of intestinal or colonic conduits for urinary diversion.

The perioperative mortality rate is 1-2%. The local tumor recurrence rate is approximately 50%. 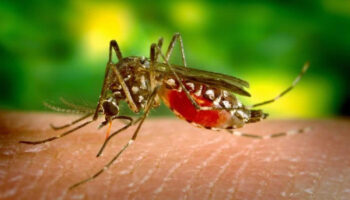 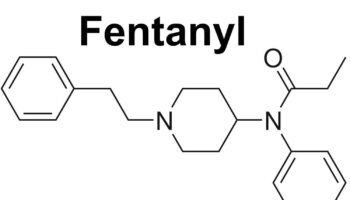 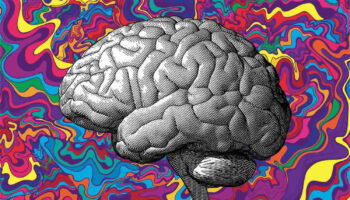 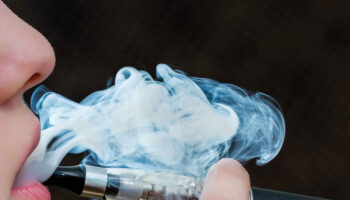