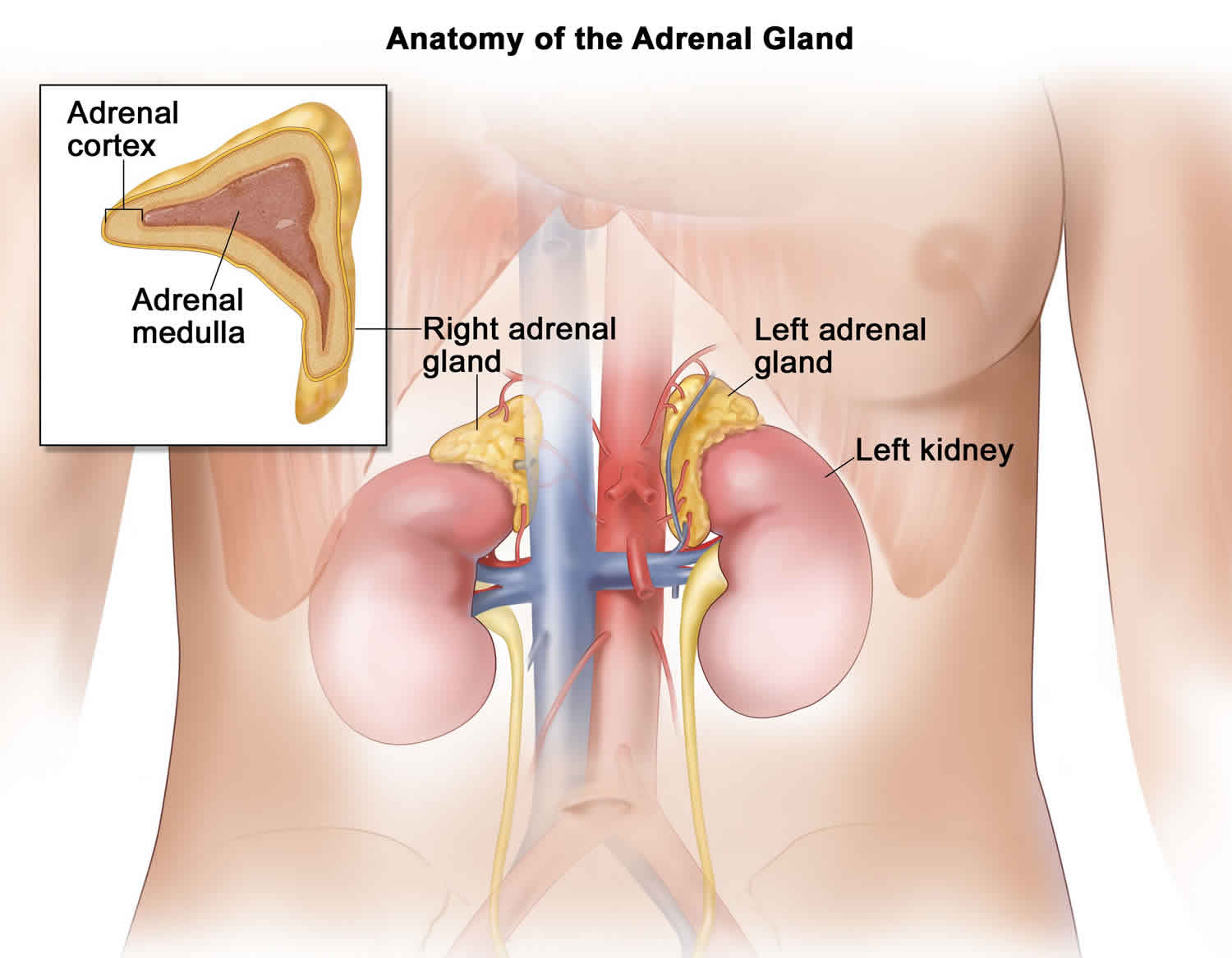 Conn’s syndrome also called primary hyperaldosteronism, is classically known to occur as a patient with hypertension and hypokalemia. However, in reality, most patients will present without hypokalemia 1. In 1954, J. W. Conn first reported the clinical syndrome of hypertension, hypokalemia, and metabolic alkalosis resulting from autonomous production of aldosterone due to an adrenal adenoma – a syndrome that continues to bear his name 2. The aldosterone-producing adenoma is characterized by increased aldosterone secretion from the adrenal glands, suppressed plasma renin, hypertension, and hypokalemia 1. And now the term primary hyperaldosteronism is used to describe Conn syndrome irrespective of whether the patient has an adenoma or not 2.

Primary hyperaldosteronism is the most common cause of secondary hypertension and occurs in about 6% to 20% of adult hypertensive patients, higher in patients with resistant hypertension 2. The prevalence of 10% was noted when consecutive patients with hypertension were evaluated. However, the prevalence increased to 30% when aldosterone to renin ratio was used as a screening method in general practice. Disparity in these percentages is probably due to the use of different laboratory screening techniques, different definitions of a positive screening study indicative of primary aldosteronism, study design, and varying population ethnicity and sampling source 3.  Accumulating evidence suggests that approximately 10% of hypertensive individuals (mostly sampled from specialty clinics) may have primary hyperaldosteronism 3. In patients with resistant hypertension, the addition of a mineralocorticoid antagonist has been associated with substantial efficacy in blood pressure lowering, suggesting that subclinical hyperaldosteronism may be more prevalent than recognized 4.

Conn’s syndrome or primary hyperaldosteronism is caused by aldosterone-producing adenomas, bilateral idiopathic adrenal hyperplasia, aldosterone-producing adrenal carcinoma, and familial aldosteronism. The increased amount of aldosterone potentiates renal sodium reabsorption and water retention, and potassium excretion. The increased sodium reabsorption by the kidneys results in plasma volume expansion which is the primary initiating mechanism for hypertension. This may induce tissue inflammation and heightened sympathetic drive, with subsequent development of fibrosis in vital organs, such as heart, kidneys, and vasculature. As a result, this may lead to the development of chronic kidney disease, atrial fibrillation, stroke, ischemic heart disease and congestive heart failure 5.

Aldosterone-producing adenoma is present in 50% to 60%, and the remaining is idiopathic or bilateral adrenal hyperplasia. It is about two times more common in women than men 1.

Conn’s syndrome diagnosis can initially be confirmed with the elevated morning aldosterone to plasma renin activity ratio. If the ratio is higher than 20 to 1; then the excess aldosterone points to the adrenal gland as the primary source. The preferred treatment is adrenalectomy in those with unilateral disease. Those who are poor surgical candidates or have bilateral adrenal hyperplasia can be treated medically with mineralocorticoid antagonists as well as antihypertensive agents for further blood pressure control. 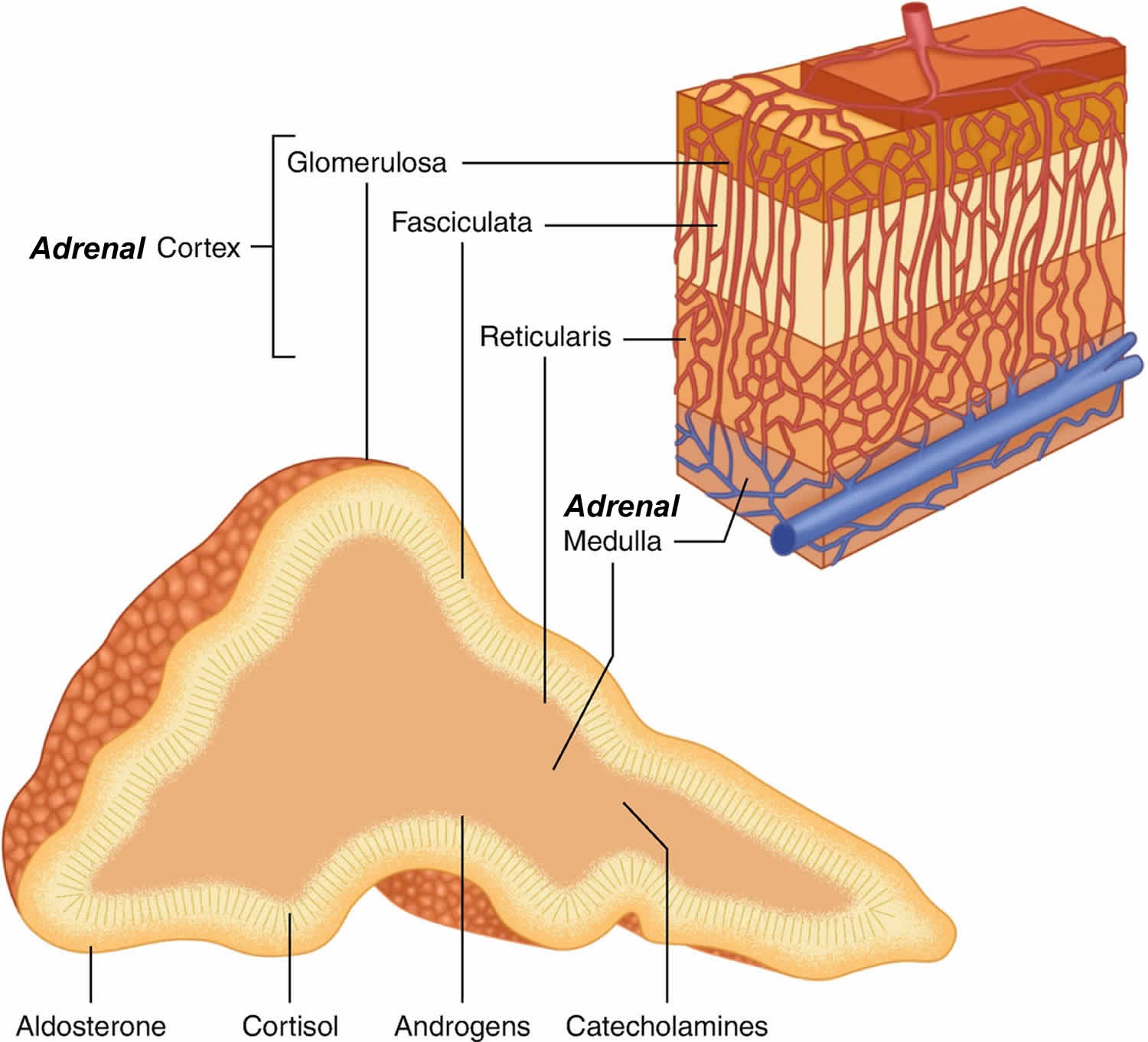 Various specific genetic alterations have been identified for rare familial forms of Conn’s syndrome. In a majority of these genetic alterations, the end point is Calcium influx and membrane depolarization resulting in aldosterone hypersecretion.

Recently, a single-nucleotide polymorphism (c.-2G>C) of the NR3C2 gene that codes for mineralocorticoid receptor (MR) has been shown to be associated with increased activation of renin-angiotensin system (RAS) and increased blood pressure in the general population.

A patient with suspected Conn’s syndrome or primary hyperaldosteronism will present with uncontrolled hypertension and will typically be young 2. These patients will require up to three antihypertensive medications including a diuretic to maintain suboptimal blood pressure control. They can also have a family history of early-onset hypertension or cerebral vascular disease at a younger age. Patients present with symptoms of severe muscle weakness, headaches, palpitations, fatigue, or muscle cramps due to symptoms related to hypokalemia (secondary to potassium wasting). Polydipsia and polyuria are present due to hypokalemia-induced nephrogenic diabetes insipidus.

Hypokalemia has been considered one of the hallmark signs in the diagnosis of primary aldosteronism; however, estimates are now that less than 37 percent of patients who have primary hyperaldosteronism will present with hypokalemia 9. Patients who have adequate sodium intake will often be more hypokalemic. Increasing sodium intake will allow more sodium delivery to the cortical collecting tubules promoting further excretion of potassium in the setting of excess aldosterone 9. Even though patients typically do not present with hypokalemia; the diagnosis should be considered in a patient with drug-resistant hypertension and hypokalemia in a patient starting a low dose of diuretic.

There are no physical exam characteristics that will lead to a diagnosis of primary hyperaldosteronism. However, due to excessive hypertension and stress on the heart, left ventricular hypertrophy can occur leading to an S4 heart sound secondary to blood trying to enter a noncompliant stiff ventricle during atrial contraction. Other findings related to longstanding hypertension can arise throughout the body affecting the heart (heart failure), kidneys (proteinuria), eyes (hypertensive retinal changes), vasculature (carotid bruits/stroke symptoms), muscle weakness, and mental status changes secondary to hypertensive encephalopathy.

Metabolic syndrome is more common in those with primary hyperaldosteronism as compared to controls with similar blood pressure, sex, age, and BMI 12.

Suspect primary aldosteronism when a patient presents with hypertension at an early age with hypokalemia and poorly controlled blood pressure despite medical therapy. The next step is to obtain a morning plasma aldosterone and renin activity. If the ratio of morning aldosterone to plasma renin activity is higher than 20 to 1; then the excess aldosterone can be attributed to the adrenal gland as the primary source. Next, any of the four confirmatory tests may follow: 1) oral sodium loading 2) saline infusion 3) fludrocortisone suppression 4) captopril challenge, should suppress aldosterone; however, in a patient with primary aldosteronism, there will be a lack of aldosterone suppression. Once primary aldosteronism is confirmed all suspected patients are recommended to undergo adrenal computed tomography scan as the initial study and to exclude possible adrenocortical carcinoma. It is then recommended for the patient to have an adrenal venous sampling 17.

The best diagnostic test involves the measurement of cortisol and aldosterone in bilateral adrenal venous effluent and a peripheral vein before and during an ACTH infusion. Cortisol will be used to evaluate the catheter placement in the adrenal veins, as levels from the two sides should be similar. When an adenoma is present, the aldosterone-to-cortisol ratio on one side is usually at least five times greater than the other indicating suppression. Bilateral hyperplasia tends to produce similar values on each side. If the study points towards a unilateral adenoma, then laparoscopic adrenalectomy is the preferred treatment. If the patient declines surgery or is not a surgical candidate, medical therapy is the recommended route. If the study points towards a bilateral cause, then medical treatment with a mineralocorticoid antagonist is warranted 18.

Biochemical characteristics can assist with the diagnosis of the various causes of primary hyperaldosteronism. Young age (<50 years old), severe hypokalemia (<3.0 mmol/L), high plasma aldosterone concentrations (> 25 ng/dl), and high urinary aldosterone excretion (>30 ug/24hr) favor the diagnosis of aldosterone-producing adenoma versus bilateral adrenal hyperplasia. The presence of a classical unilateral Conn’s adenoma in addition to a serum potassium < 3.5 mmol/L or estimated glomerular filtration rate > 100 mL/min/1.73 m² is nearly 100% specific for an aldosterone-producing adenoma 20. However, while sensitive or specific, these clinical tools lack validation in large cohorts, and therefore cannot be relied upon as a means to determine the underlying etiology in individual patients 21.

Patients with primary hyperaldosteronism should undergo radiographic evaluation of the adrenal glands to localize the source and define the anatomy for potential surgical approaches. Computed tomography (CT) scanning with thin-slice (3mm) spiral technique is the best radiographic procedure to visualize the adrenal glands, and serves primarily to exclude large masses that may represent adrenocortical carcinoma, which are usually more than 4 cm in size. Observation of a solitary hypodense adrenal nodule, usually < 2 cm in size, supports the diagnosis of Aprimary hyperaldosteronism. Adrenal adenomas typically are lipid-rich on CT scan (<10 HU), and have a greater than 50% washout of contrast after 10-15 minutes. However, even when biochemical features suggestive of aldosterone-producing adenoma are present, only one-third to one-half of patients have positive CT findings for a solitary adenoma 22. It is also not uncommon for both adrenal glands to be anatomically abnormal in patients with primary aldosteronism. Furthermore, it is emphasized that a radiographic abnormality does not correlate with a functional equivalent. Non-functioning adrenal ‘incidentalomas’ are not rare, especially in patients above the age of 40; these are radiographically indistinguishable from Aprimary hyperaldosteronism, and can co-exist with an Aprimary hyperaldosteronism in the ipsilateral or contralateral adrenal gland. Therefore, data suggest that adrenal anatomy determined by CT scanning may wrongly predict etiology as well as lateralization of the aldosterone source in a significant proportion of patients 23.

Adrenal vein sampling is a localization technique that is considered to be the ‘gold standard’ for distinguishing unilateral versus bilateral disease in primary hyperaldosteronism 24. Adrenal vein sampling involves sampling from the right and left adrenal veins, as well as from the inferior vena cava (IVC), for measurement of aldosterone and cortisol concentrations. Many favor performing adrenal vein sampling with adrenocorticotropin (ACTH) stimulation, which can be administered continuously or as a bolus, and may minimize stress-induced fluctuations in aldosterone secretion during the procedure as well as maximize aldosterone secretion from an Aprimary hyperaldosteronism 25. However, other studies indicate that ACTH does not significantly improve the diagnostic accuracy of the procedure, in part because it may increase secretion from the contralateral side more than from the Aprimary hyperaldosteronism and therefore blunt lateralization 26.

Multiple variables derived from adrenal vein sampling can be used to determine lateralization of aldosterone hypersecretion 27. Cortisol-corrected aldosterone ratios (A/C ratio) are determined by dividing the aldosterone concentrations from each location sampled by the cortisol concentration in the same location to correct for dilutional effects.

Treatment for Conn’s syndrome or primary hyperaldosteronism includes laparoscopic resection for adrenal adenomas. This procedure will usually resolve the hypokalemia, but hypertension can persist in up to 65% of patients post adrenalectomy. Surgery is the preferred treatment for patients with unilateral aldosterone-producing adenoma. After unilateral adrenalectomy, almost all patients have the resolution of hypokalemia and moderate improvement in blood pressure control 28. In those who are unable to undergo surgery or have bilateral adrenal hyperplasia, mineralocorticoid antagonists such as spironolactone or eplerenone are an option. In a randomized study, the antihypertensive effects between spironolactone and eplerenone in patients with primary hyperaldosteronism were studied showing that spironolactone was more effective than eplerenone in controlling blood pressure 29. Amiloride, a sodium channel blocker, may be helpful in the treatment and other antihypertensive agents can be continued as needed to optimize blood pressure control. Spironolactone is considered the first line agent for patients who cannot undergo surgical resection.

Studies show that morbidity and mortality of those with primary hyperaldosteronism are directly related to chronic elevated hypertension leading to increased risk of cardiovascular disease including coronary artery disease, stroke, and congestive heart failure secondary to left ventricular hypertrophy 30. Other studies point to the increased risk of cardiac arrhythmias secondary to persistent hypokalemia in those with primary hyperaldosteronism 31. Research has shown in individual studies that surgical correction by adrenalectomy leads to a better prognosis by a significant reduction in hypertension and hypokalemia when compared to those with medical therapy 32.