Definitive diagnosis of focal nodular hyperplasia is obtained by imaging in the majority of cases, particularly in those exhibiting a central scar at contrast CT and magnetic resonance imaging (MRI), but radiologically atypical cases occur and require the use of the liver biopsy 5). Angiography typically demonstrates a hypervascular mass with enlarged peripheral vessels and a single central feeding artery. This so-called “wheel-spoke” appearance with the vessels radiating out from the center of the tumor may help distinguish FNH from hepatic adenoma 6).

Many FNHs have characteristic radiographic features on multimodality imaging, but some lesions may be atypical in appearance. Focal nodular hyperplasias are typically asymptomatic lesions, usually requiring no treatment.

Focal nodular hyperplasia has rarely presented in children. Most pediatric cases have been reported in patients with a history of chemotherapy, malignancy, or hematopoietic stem cell therapy. However, Baylor University Medical Center reported a case of focal nodular hyperplasia in a healthy 3-year-old female with no pertinent past medical history. In this instance, the patient underwent surgical resection of a palpable abdominal mass for what oncologists believed to be a hepatic malignancy. After histological evaluation, it was determined that this patient had focal nodular hyperplasia 15). 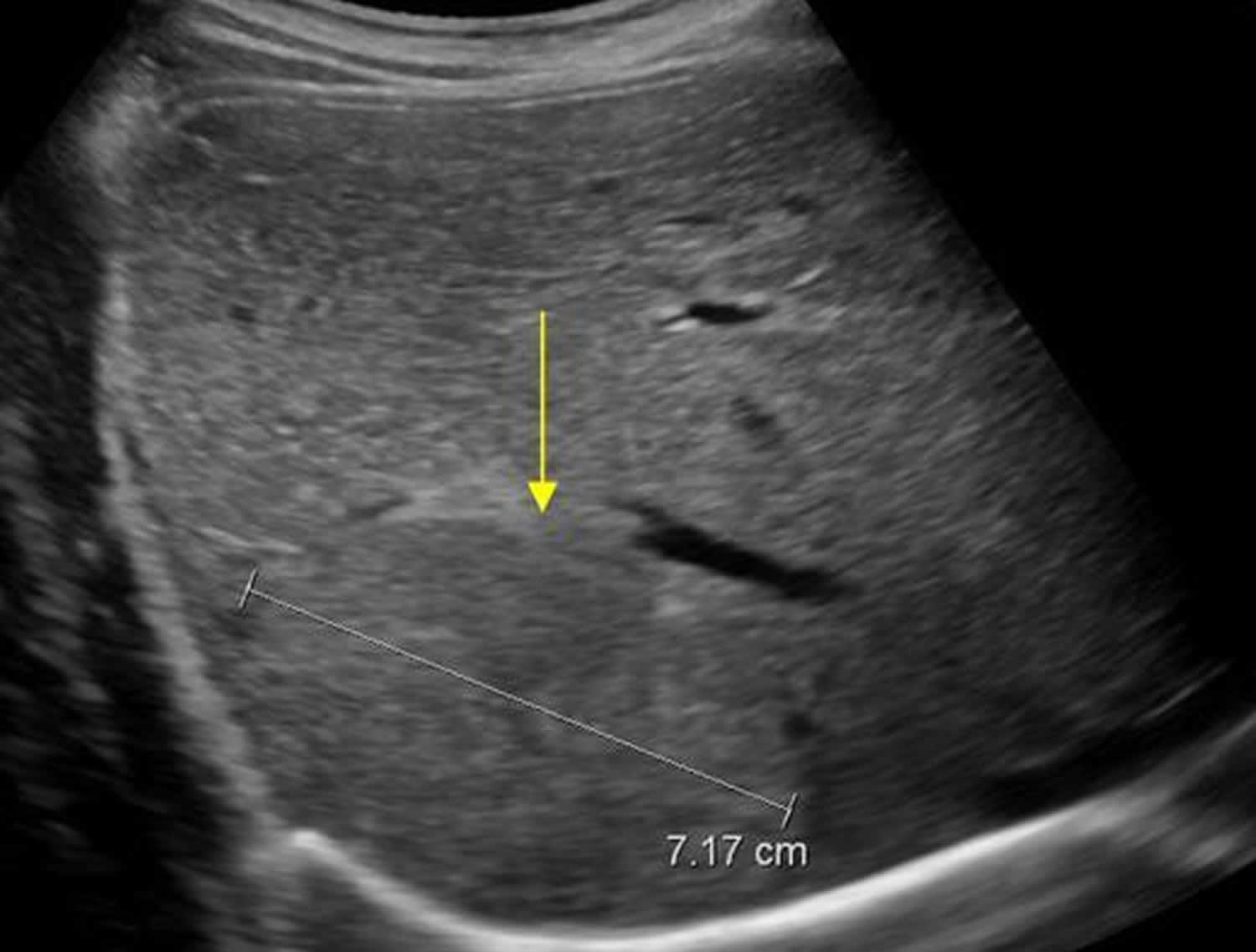 FNH is divided into two types 4:

Macroscopically, typical lesions demonstrate a mass which is often quite large with well-circumscribed margins but poorly encapsulated. A characteristic feature is a prominent central scar with radiating fibrous septa, but this is present in less than 50% of cases 16). A large central artery is usually present with spoke-wheel like centrifugal flow (no portal veins) 17).

Histologically the lesion is composed of abnormal nodular architecture, malformed vessels, and cholangiolar proliferation. Nearly normal hepatocytes are arranged in 1-2 cell-thick plates. Bile ductules are usually found at the interface between hepatocytes and fibrous regions 18). Kupffer cells are present 19).

There is no malignant potential 20).

An atypical focal nodular hyperplasia refers to a lesion which lacks the central scar and central artery, thus harder to distinguish from other lesions on gross inspection and imaging, or abnormal nodular architecture but with abnormal cholangiolar proliferation 21).

Nodules can grow and disappear, and new nodules can appear even after resection 23).

Some authors also describe division of atypical focal nodular hyperplasia into several variants which include 24):

The exact cause of focal nodular hyperplasia has not been definitively established. However, it is thought to be caused by arterial malformations within the liver. These malformations, coupled with changes in perfusion, cause a regenerative, hyperplastic response of the normal hepatocyte. Interestingly, hepatocytes may respond with hyperplasia after both hypoperfusion and hyperperfusion 25).

Further complicating the delineation of any exact cause is the fact that focal nodular hyperplasia may develop without any comorbid vascular malformation. The research does not reveal a clear reason why this is the case. This may be due to an inadequate biopsy or structural malformations confounding histological examination and imaging. Other leading researchers in gastroenterology believe intermittent disruptions of blood flow within the hepatic lobule lead to the characteristic cellular response.

If a biopsy sample lacks a “central scar,” bile duct canals, or calcifications that would aid in the differentiation between hepatic adenomas and focal nodular hyperplasia, immunohistochemical stainings may aid in establishing a diagnosis. Focal nodular hyperplasia displays an increased expression of glutamine synthetase located in the periphery of the nodules, which may be stained and identified 34).

Focal nodular hyperplasia masses are either found incidentally on imaging or present due to mass effect, with right upper quadrant pain in 20% 35). Even though it is usually asymptomatic, it may present as a palpable abdominal mass that is more likely to be tender when the lesion’s diameter exceeds 10 centimeters. As focal hyperplastic nodules are solitary lesions, hepatomegaly is uncommon. Unlike hepatic adenomas, FNHs are only rarely complicated by spontaneous rupture and hemorrhage 36).

Ultrasonography is most often the first imaging modality used in the evaluation of liver lesions including focal nodular hyperplasia, but lacks an appropriate sensitivity (twenty percent) to be utilized as the gold standard imaging modality. FNH often appears as an isoechoic or hypoechoic mass with a hyperechoic central scar relative to the liver parenchyma 39). Contrast-enhanced ultrasonography has been utilized outside the United States with some reports indicating that focal nodular hyperplasia and hepatocellular adenoma can be distinguished with the advent of early arterial phase imaging which reveals arterial morphology and filling direction 40).

Triphasic helical computed tomography with and without contrast, although not the gold standard imaging modality, is a cheap and reliable imaging modality. Pre-contrast, focal nodular hyperplasia appears hypodense or isodense with a central scar evident in approximately one-third of cases. FNH appears hyperdense during the hepatic arterial phase and isodense during the portal venous phase rendering the lesion indistinguishable from the rest of the liver parenchyma 41).

With magnetic resonance imaging, focal nodular hyperplastic lesions appear isointense to hypointense lesions on T1-weighted images and isointense to hyperintense on T2-weighted images. Similar to CT imaging, the lesion enhances on arterial phase images and is relatively obfuscated on venous and delayed phase images. Sensitivity and specificity of 99% and 100%, respectively, may be achieved with hepatobiliary contrast media consisting of administration of gadobenate dimeglumine. Thus, MRI with hepatobiliary scintigraphy is the best test to diagnose focal nodular hyperplasia 42)

Given the inherent procedural risks associated with percutaneous biopsy and surgical resection and the benign nature with no malignant potential and a minuscule risk of complication (rupture, hemorrhage) of focal nodular hyperplasia, close observation is recommended with serial imaging every three to six months. However, biopsy or resection is often pursued if a patient is symptomatic, if there is a concern for underlying malignancy after an inconclusive biopsy, or if a lesion displays continued growth. The definitive therapy remains surgical resection 43).

Focal nodular hyperplasia was first described in the 1960s prior to the widespread use of oral contraceptive pills. Since then, there has been no proven increase in the incidence of focal nodular hyperplasia with the use of estrogens. However, almost all documented cases of hemorrhage or rupture have occurred in patients taking oral contraceptives. While discontinuation of oral contraceptives is not necessarily indicated, follow up imaging is advised for any patient on estrogen therapy to monitor for growth. In the pediatric population, a thorough examination of the patient’s risk factors for underlying malignancy or liver disease is warranted 44). 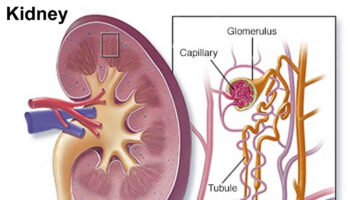 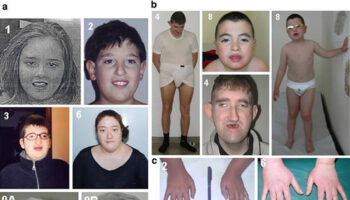 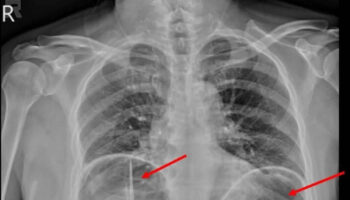 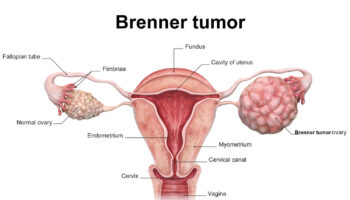