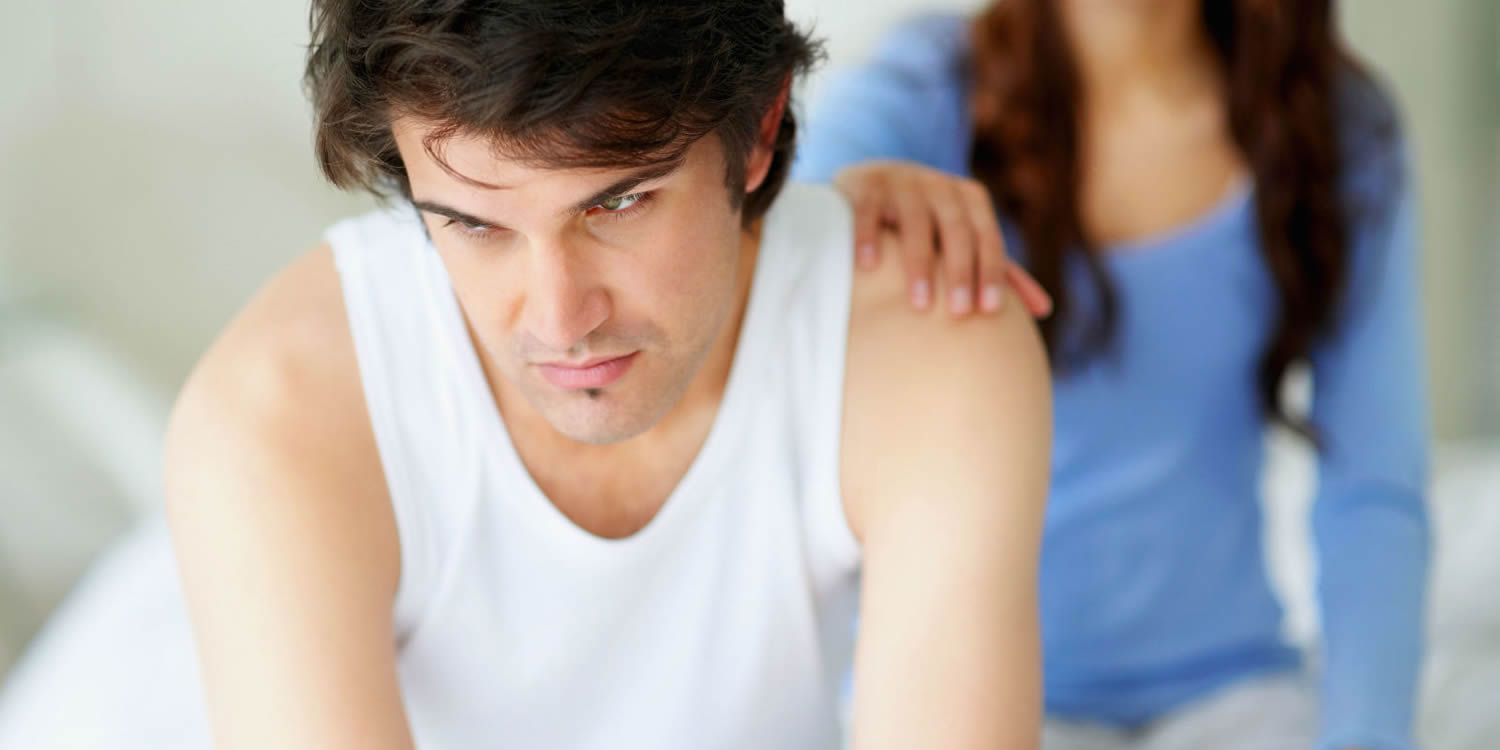 What is delayed ejaculation

Delayed ejaculation also sometimes called impaired or retarded ejaculation, is a medical condition in which a male cannot ejaculate in spite of sufficient sexual stimulation and erection. It takes an abnormally long time for him to climax and ejaculate (release semen from the penis). Sometimes, ejaculation does not happen at all. It may occur either during intercourse or by manual stimulation with or without a partner (solo sexual activity).

Delayed ejaculation can be a temporary or a lifelong problem. It is normal for some men to experience it from time to time. Also, sexual response often changes with age. The older a man gets, often, the more stimulation he may need to get an erection and ejaculate (‘come’), and the more time he needs between erections before he can have sex again.

Delayed ejaculation is only a problem if it is worrying you or your partner and it affects you all the time. Some men who are not able to ejaculate are still able to have an orgasm.

Delayed ejaculation is thought to be less prevalent then erectile dysfunction or premature ejaculation as a presenting problem. Estimates are difficult to obtain due inconsistent definitions and research approaches but it is generally agreed to occur in <1%-3% of the male population.

Delayed ejaculation (male orgasmic disorder) is classed as either:

You may have delayed ejaculation if:

Some men with delayed ejaculation need 30 minutes or more of sexual stimulation to have an orgasm and ejaculate. Or, they may not be able to ejaculate at all (anejaculation).

Delayed orgasm is divided into the following types based on symptoms:

These categories help in diagnosing an underlying cause, and determining what might be the most effective treatment. 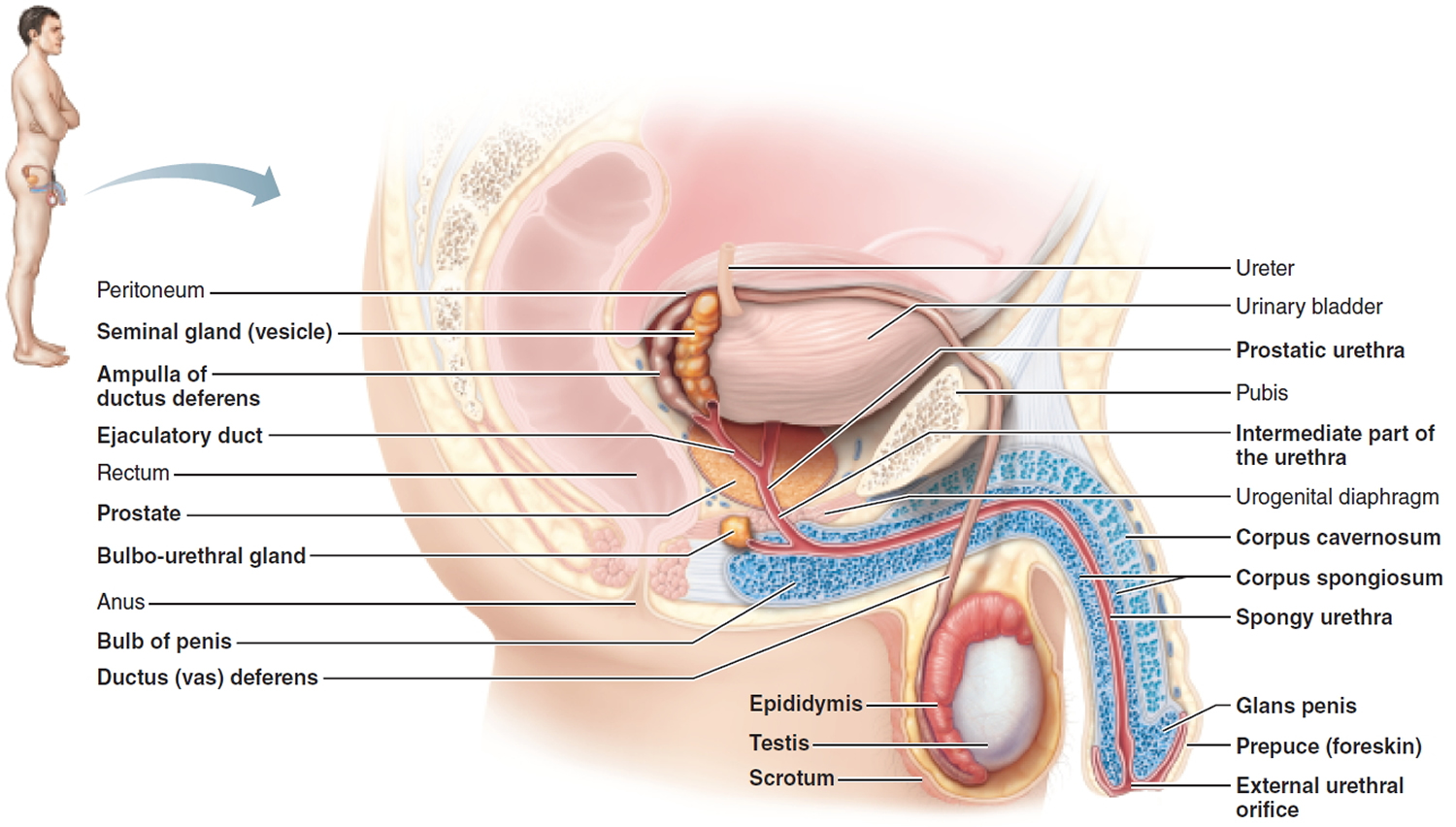 Ejaculation is the release of semen from the penis at orgasm (sexual climax). When a man is sexually stimulated, the brain sends signals to the genital area through nerves in the spinal cord to make the pelvic muscles contract.

At orgasm, waves of muscle contractions transport the sperm, with a small amount of fluid, from the testes through to the vas deferens. The seminal vesicles and prostate contribute extra fluid to protect the sperm.

This mixture of sperm and fluid (semen) travels along the urethra to the tip of the penis where it is ejaculated (released).

Whereas females may experience two or more orgasms in rapid succession, males enter a refractory period, a recovery time during which a second ejaculation and orgasm is physiologically impossible. In some males, the refractory period lasts only a few minutes; in others it lasts for several hours.

When to see your doctor

If you are worried about delayed ejaculation or it is affecting your sex life, see your doctor.

You have another known health problem that may be linked to delayed ejaculation, or you take medications that could be causing the problem.

You have other symptoms along with delayed ejaculation that may or may not seem related.

If the problem is not treated, the following may occur:

Fertility can be a problem for men who have anejacuation (inability to ejaculate). If you would like to father a child you may need treatment to achieve this.

Remember that there are treatments available for delayed ejaculation. Understanding the problem and communicating with your partner are important in reducing stress and resolving any relationship problems.

If you and your partner are trying to get pregnant, sperm can be collected using other methods.

Some factors, such as anger toward the partner, may be involved.

Physical causes may include:

The use of some recreational drugs, particularly alcohol — drinking too much (alcohol abuse or alcoholism), can result in delayed ejaculation.

Delayed ejaculation can be a side effect of certain medicines.

Medicines that have been found to cause delayed ejaculation in some men include:

A number of things can increase your risk of having delayed ejaculation, including:

To reduce the pressure, focus on the pleasure of the moment. Do not worry about whether or when you will ejaculate. Your partner should create a relaxed atmosphere, and should not pressure you about whether or not you have ejaculated. Openly discuss any fears or anxieties, such as fear of pregnancy or disease, with your partner.

Tests for underlying problems can include:

Treatment for delayed ejaculation will depend on the cause.

If medicines are causing delayed ejaculation, you should discuss with your doctor whether or not there are alternatives, and whether or not the delay matters to you and your partner. Your doctor may be able to recommend a different treatment that avoids this unwanted side effect. Alternatively, a change in dose or adding another medicine may help.

If there are psychological causes, then the best approach is to talk to your partner and to seek counseling and therapy.

See a therapist who specializes in ejaculation problems if you are unable to ejaculate in an acceptable amount of time. Sex therapy most often includes both partners. During sex therapy, you’ll have the opportunity to discuss any emotional or psychological issues related to your sexuality and relationship, in a non-judgemental way.

Activities may also be recommended for you to try at home while you’re having sex with your partner (you should never be asked to take part in any sexual activities during a session with the therapist).

In most cases, the therapist will teach you about the sexual response. You also will learn how to communicate and guide your partner to provide the right stimulation.

Therapy often involves a series of “homework” assignments. In the privacy of your home, you and your partner engage in sexual activities that reduce performance pressure and focus on pleasure.

Typically, you will not have sexual intercourse for a certain period of time. In this time, you will gradually learn to enjoy ejaculation through other types of stimulation.

In cases where there is a problem with the relationship or a lack of sexual desire, you may need therapy to improve your relationship and emotional intimacy.

Sometimes, hypnosis may be a helpful addition to therapy. This may be useful if 1 partner is not willing to participate in therapy. Trying to self-treat this problem is often not successful.

What happens in a sex therapy session?

A sex therapist will listen to you describe your problems and assess whether the cause is likely to be psychological, physical or a combination of the two.

Talking about and exploring your experiences will help you get a better understanding of what is happening and the reasons. The therapist may also give you exercises and tasks to do with your partner in your own time.

Each therapy session is completely confidential. You can see a sex therapist by yourself, but if your problem affects your partner as well, it may be better for you both to attend.

Sessions usually last for 30-50 minutes. The therapist may advise you to have weekly sessions or to see them less frequently, such as once a month.

Treatment commonly requires about 12 to 18 sessions. The average success rate is 70% to 80%.

You will have a better outcome if:

If medicines are causing the problem, your provider may recommend switching or stopping the medicine, if possible. A full recovery is possible if this can be done. Never stop taking any medicine without first talking to your health care provider.

Couples need accurate and normative information about delayed ejaculation, and should be encouraged to adopt a flexible behavioral approach to sexual relations. Sex needs to be positioned as a pleasurable activity no matter how late the man ejaculates and that the female’s orgasm can precede or follow penis-vaginal intercourse.

Individual, partner/relationship and environmental factors need to be considered. Where delayed ejaculation is strongly associated with pressure to conceive, treatment of performance anxiety is the most likely option to manage delayed ejaculation. Sensate focus is a procedure designed to help men focus on the sensations and process of sex rather than on penis activity and the outcome of sex. Couples are educated to remove blame, increase sexual communication, and to explore sexual activity other than penis-vaginal intercourse until performance anxiety has decreased.

If you’re concerned about your sexual response, ask your doctor for further advice.

If it’s an ongoing concern, delayed ejaculation can cause mental and emotional stress for a man and his partner. If you have delayed ejaculation only on occasion, try not to assume that you have a permanent problem or to expect it to happen again during your next sexual encounter. Remember, occasional delayed ejaculation due to stress or other temporary factors may improve when the underlying cause gets better.

In addition, if you experience occasional or persistent delayed ejaculation, it’s important to reassure your sexual partner. Your partner may think your inability to reach climax is a sign of diminished sexual interest.

Communicate openly and honestly with your partner about your condition. Treatment is often more successful if couples work together as a team. You may even want to see a counselor with your partner. This can help you address concerns you both may have about delayed ejaculation.