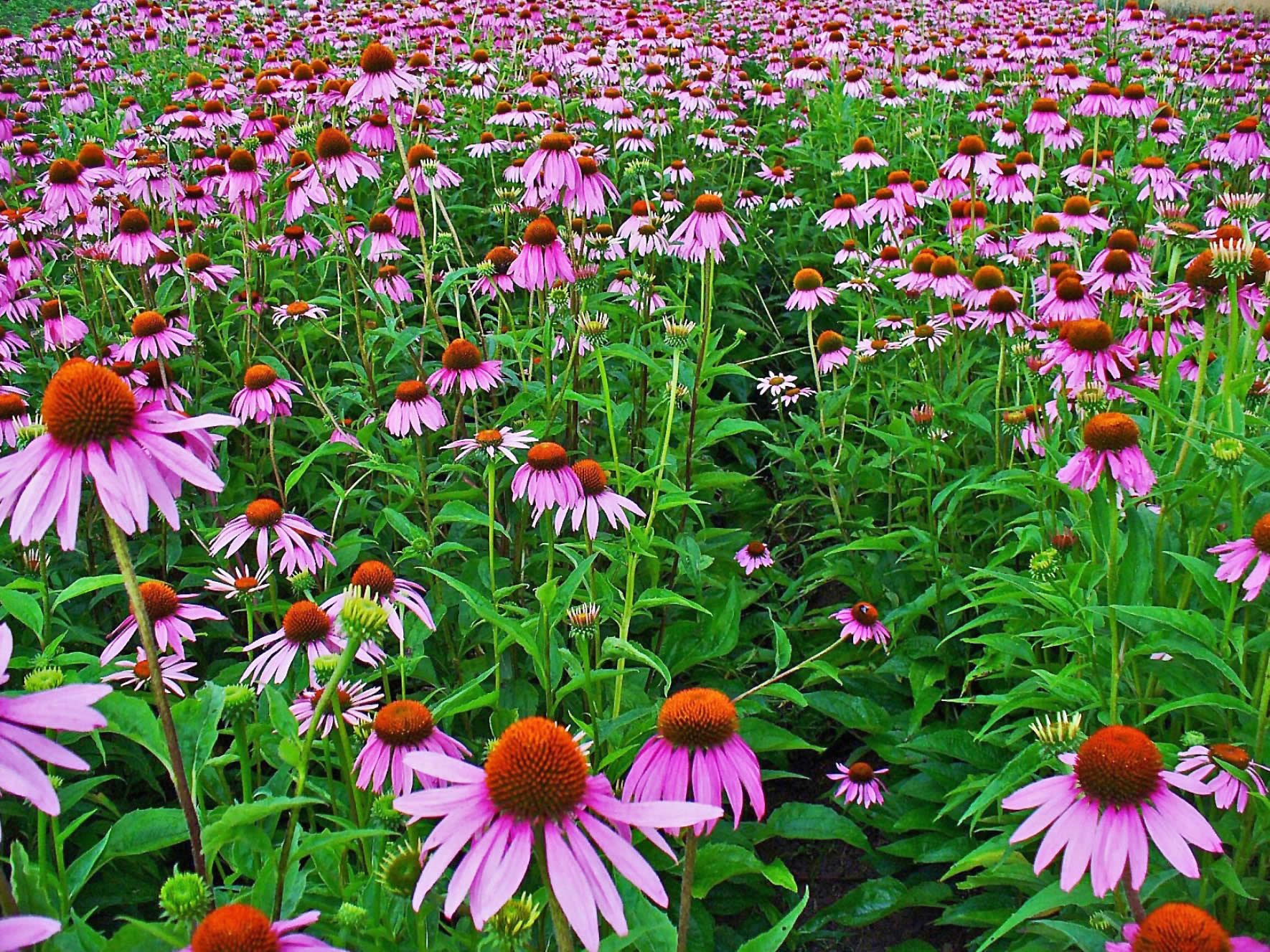 There are nine known species of echinacea, all of which are native to North America. They were used by Native Americans of the Great Plains region as traditional medicines.

Echinacea is used as a dietary supplement for the common cold and other infections, based on the idea that it might stimulate the immune system to more effectively fight infection. Echinacea preparations have been used topically (applied to the skin) for wounds and skin problems. Echinacea does not seem to help prevent or treat herpes. The effect of echinacea on other conditions is not known.

Echinacea generally doesn’t cause problems for most people, but some people taking the herb have reported side effects such as stomach upset or diarrhea. Echinacea also has the potential to interact with other medications you might be taking, so talk with your doctor before using echinacea supplements.

The roots and above-ground parts of the echinacea plant are used fresh or dried to make teas, squeezed (expressed) juice, extracts, capsules and tablets, and preparations for external use. Several species of echinacea, most commonly Echinacea purpurea or Echinacea angustifolia, may be included in dietary supplements.

The phytochemicals vary among the many Echinacea species and occur at various concentrations in different parts of the plant (source 1)). The parts of the plants utilized for their medicinal purposes are as follows:

The uniqueness of each species is clearly demonstrated by specific parts of the species used, how it is harvested and prepared.

Echinacea for Preventing and Treating the Common Cold

Preparations of the plant Echinacea are widely used in some European countries and in North America for common colds. Echinacea preparations available on the market differ greatly as different types (species) and parts (herb, root or both) of the plant are used, different manufacturing methods (drying, alcoholic extraction or pressing out the juice from fresh plants) are used and sometimes also other herbs are added.

The Cochrane Collaboration 2) recently reviewed 24 controlled clinical trials with 4631 participants investigating the effectiveness of several different Echinacea preparations for preventing and treating common colds or induced rhinovirus infections. The majority of trials investigated whether taking Echinacea preparations after the onset of cold symptoms shortens the duration, compared with placebo. Echinacea products have not been shown to provide benefits for treating colds.

In another study published in July 2005 3) showed that the herb echinacea neither prevented nor relieved the symptoms of rhino­virus infections, the most common cause of the ‘common cold’.

Taking echinacea after you catch a cold has not been shown to shorten the time that you’ll be sick.

Taking echinacea while you’re well may slightly reduce your chances of catching a cold. The strongest evidence for echinacea as a cold treatment comes from studies of Echinacea purpurea. Studies of Echinacea angustifolia and any echinacea root have had weaker results. However, the evidence on this point is completely uncertain.

Echinacea may not work as well in children and young adults as it does in older adults. Currently, the National Center for Complementary and Integrative Health is funding research to identify the active constituents in echinacea and to study the effects on the human immune system of substances in bacteria that live within echinacea plants.