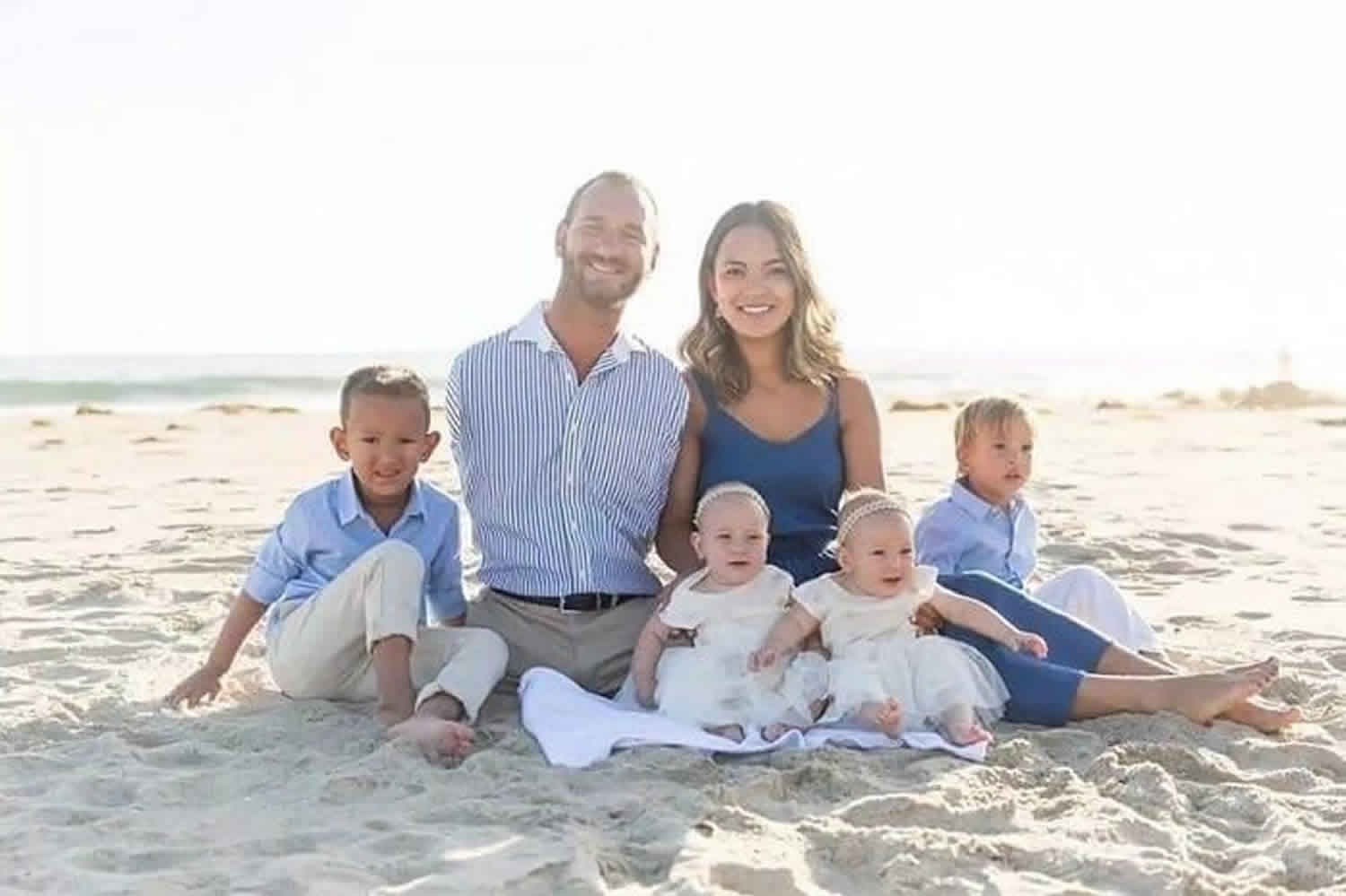 Tetra-amelia syndrome is a very rare disorder characterized by the absence of all four limbs. “Tetra” is the Greek word for “four,” and “amelia” refers to the failure of an arm or leg to develop before birth. Tetra amelia syndrome can also cause severe malformations of other parts of the body, including the face and head, heart, nervous system, skeleton, and genitalia. The lungs are underdeveloped in many cases, which makes breathing difficult or impossible. Because children with tetra-amelia syndrome have such serious medical problems, most are stillborn or die shortly after birth. Tetra-amelia syndrome has been reported in only a few families worldwide 1).

Tetra amelia syndrome has been associated with a mutation in the WNT3 gene in one family and it appears to be inherited in an autosomal recessive manner 2). Treatment for those that survive depends upon the presence and severity of the associated symptoms and may require the coordinated efforts of a team of specialists 3).

In other affected families, the cause of tetra-amelia syndrome has not been determined. Researchers believe that unidentified mutations in WNT3 or other genes involved in limb development are probably responsible for the disorder in these cases.

Figure 1 illustrates autosomal recessive inheritance. The example below shows what happens when both dad and mum is a carrier of the abnormal gene, there is only a 25% chance that they will both pass down the abnormal gene to the baby, thus causing a genetic condition. 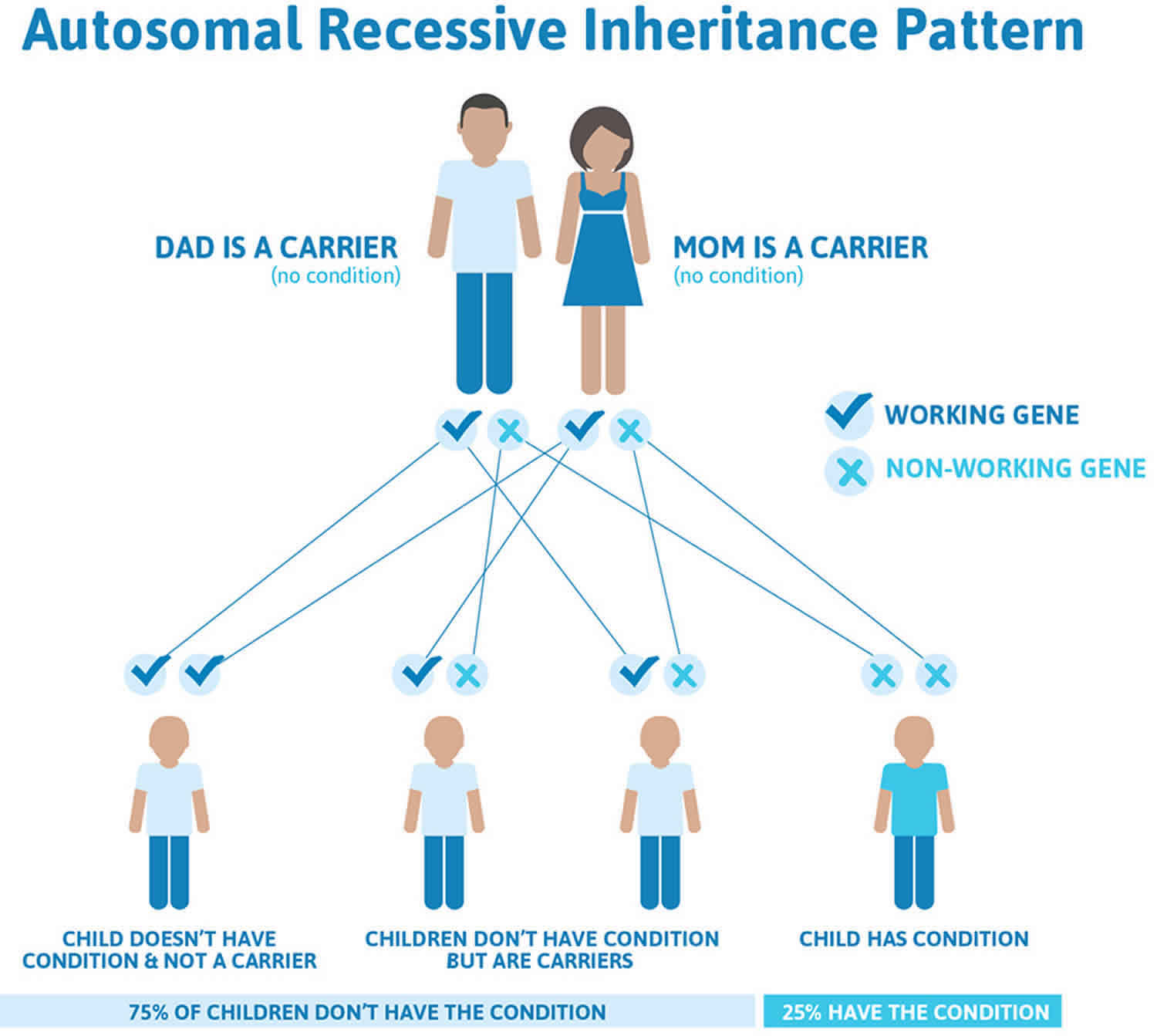 Tetra-amelia is characterized by the (complete) absence of all four limbs. In the few families described to date, tetra-amelia can also cause severe malformations of other parts of the body, including the face and head, heart, nervous system, skeleton, and genitalia. The lungs are underdeveloped in many cases, which makes breathing difficult or impossible. Because children with tetra-amelia syndrome have such serious medical problems, most are stillborn or die shortly after birth. Tetra-amelia syndrome has been reported in only a few families worldwide 4).

The following list is based on the findings in the affected individuals in the few families reported 5).

While the affected individuals in these families have all had similar findings, a mutation in WNT3 was only identified in the family reported by Niemann et al 6). With the exception of the family reported by Krahn et al 7) and Sousa et al 8), no molecular studies were undertaken in the other families. Therefore, in the absence of molecular genetic information to suggest subtypes of tetra-amelia syndrome, all reported cases are grouped together. The findings in the family with a WNT3 pathogenic variant are compared in Table 1 with the findings in families in which no molecular studies were undertaken or no WNT3 pathogenic variant was identified.

The diagnosis of tetra-amelia syndrome can be established clinically and is usually made on routine prenatal ultrasonography. WNT3 is the only gene in which pathogenic variants are known to cause tetra-amelia syndrome. The variant detection frequency is unknown as only a limited number of families have been studied.

Affected infants are often stillborn or die shortly after birth. Management of (as yet unreported) persons who survive will depend on the presence and severity of associated malformations and require the support of several medical disciplines 18).

It should be noted that (complete) absence of all extremities is principally not incompatible with life. Persons without extremities depend on extensive, life-long assistance with most daily activities. They would require specifically designed wheelchairs with assistive electronic technology and input control devices operated by head, chin, or tongue movements. Other individualized ambulatory devices may be indicated.

Data on the course of Tetra amelia syndrome or the prognosis are not available because the condition is rare. In nearly all reported cases, the pregnancy was terminated on diagnosis of tetra-amelia syndrome, or infants died shortly after birth as a consequence of other malformations such as pulmonary hypoplasia. Limb agenesis is generally compatible with life if adequate assistance is provided. The natural history of the disease is likely to be determined by extent and degree of associated manifestations.