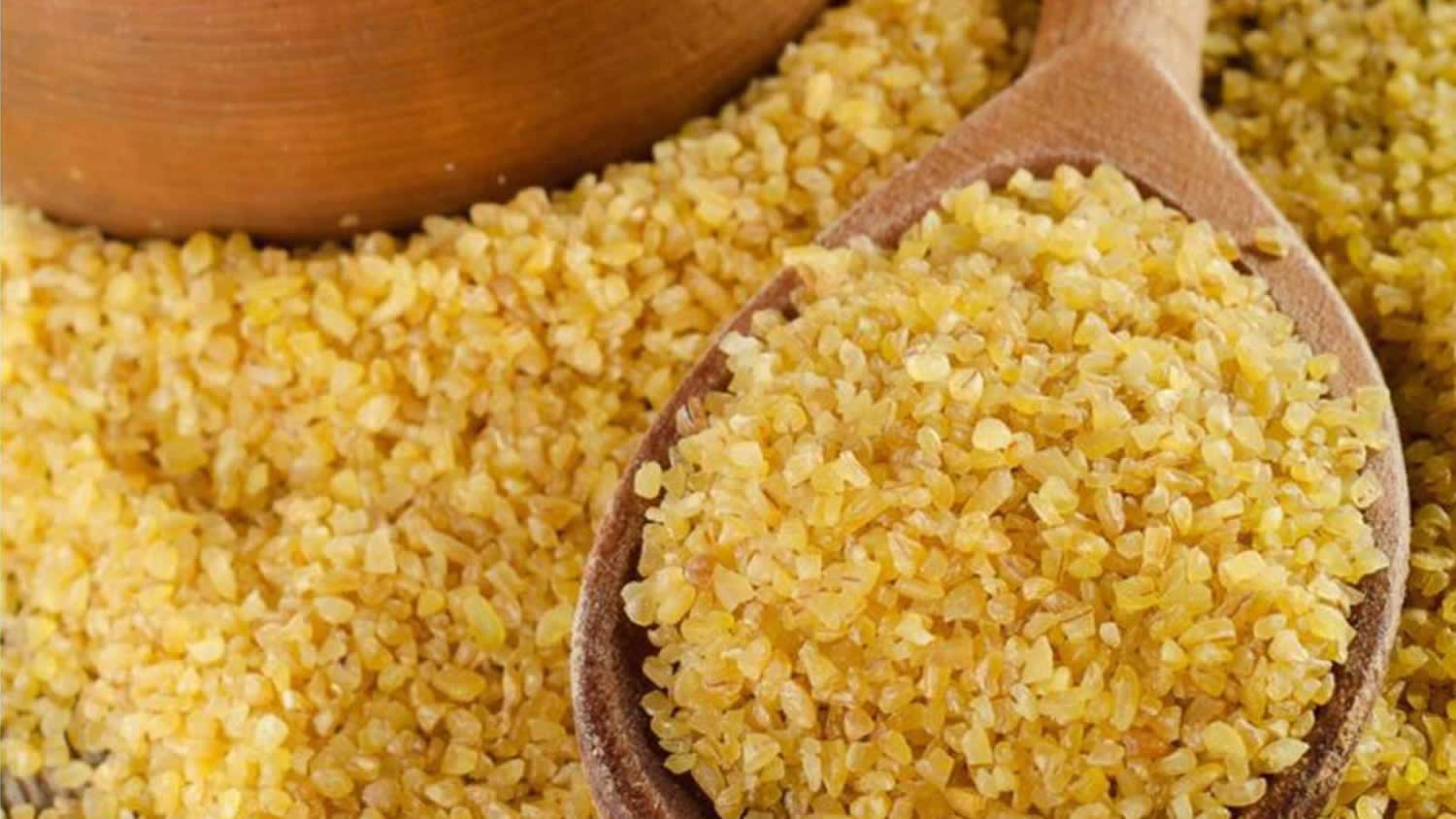 When wheat (either Triticum aestivum vulgare, Triticum turgidum durum or Triticum spelta) kernels are cleaned, boiled (cooked), dried, dehulled, ground by a mill, optionally polished, then sorted by size, the result is bulgur 1). This wheat product is sometimes referred to as “Middle Eastern pasta” for its versatility as a base for all sorts of dishes. Bulgur is sometimes confused with cracked wheat, which is crushed wheat grain that has not been boiled (cooked). Instead, bulgur is cracked wheat that has been partially cooked. Bulgur is ranked among the most nutritious food resource by the American Science Center 2). Bulgur is an excellent food source due to its low cost, storability (long shelf-life), ease of preparation, and high nutritional value (see bulgur nutrition Tables 1 and 2 below), which resists mold contamination and attack by insects and mites 3). Bulgur is also stored for humans nutrition purposes in some countries because of its resistance to absorbance of radiation (bulgur is one of the important wheat products in the U.S.A., and it is included in the special list of food rations in nuclear fallout shelters, recently), prevent intestinal cancer risk and consumable alone due to its fiber content (formation of fibrous structure, lack of phytic acid due to the processing properties) and good nutritional composition 4). Bulgur production is 2.5 times greater than pasta and bulgur is consumed at 12 kg per person annually in Turkey (in the East and South Parts of Turkey, 25 kg/person; also, in Syria, Iraq, Iran, Israel, Lebanon, Arabia i.e. Middle East countries, 30–35 kg/person) 5). In addition, bulgur is produced in USA, France, Sweden, Greece, Syria and Lebanon. Bulgur is recognized as a whole grain by the United States Department of Agriculture.

Because bulgur has been precooked and dried, it needs to be boiled for only about 10 minutes to be ready to eat – about the same time as dry pasta. Or you can simply add boiling water or broth to bulgur (about 1 ¾ to 2 cups liquid per cup of bulgur) and let it soak for about 20-25 minutes in a covered pot. This makes bulgur an extremely nutritious fast food for quick side dishes, pilafs or salads. Perhaps bulgur’s best-known traditional use is in the minty grain and vegetable salad known as tabbouleh.

Visual appearance, especially color, is the most important characteristic of foods and determines the choice or rejection of the product by the consumer 6). Bright yellow color is an important demand by consumers for bulgur 7). Color of bulgur is mainly due to natural pigments (carotenoids) that are present at different levels in wheat. Therefore, bulgur producers try many ways to improve the attractiveness of bulgur. In order to improve the color of bulgur and meet the consumer demands, bulgur producers first tried to add some dyes even if they were not allowed. Nowadays, there is a tendency to use natural additives. In addition, in industry, a mechanical kneading operation (it is called as polishing in industry) was widely used after drying and tempering to improve the color of bulgur. Squeezing the bulgur to provide some friction energy after tempering (increasing moisture content to a certain level) the brightness/yellowness of bulgur during polishing operation. Tempering is an important unit operation which the moisture content of bulgur is increased. Spray tempering before the mechanical polishing operation is the current method used mostly in bulgur industry. In this method, water is directly sprayed onto bulgur. After water addition, bulgur samples are rested to absorb it for 25–30 min. For the effectiveness of polishing operation, tempering is vital for cereal products. The literature about the effects of tempering on the color of final product are scanty. Furthermore, the relationship between total carotenoid content of the bulgur and yellowness, no documentation has been found during the literature review.

Besides tempering, sun drying is an important operation in traditional bulgur production. Sun-light is used to decrease the moisture content from 45 to 10 % (w.b.) by spreading the bulgur onto a clear surface for 8–10 hours. Traditionally, this method is believed to increase the yellowness of bulgur. Sun drying has some disadvantages like; non-hygienic product, lack of control over sun, difficulties to control the operation parameters, uneven drying, loss of product and non-standardized product. Imre 8) and Hayta 9) stated that the open-air sun drying may cause quality degradation and pollution infestation of the product. However according to the industrial experiences, sun dried bulgur has better yellow color than artificially dried bulgur. There is no study available about the effects of sun drying or UV-light on color bulgur.

Bulgur can be used in pilafs, soups, bakery goods, or as stuffing. In breads, it adds a whole grain component. It is a main ingredient in tabbouleh salad and kibbeh. It is often a substitute for rice or couscous. In Indian and Pakistani cuisine, bulgur is used as a cereal often to make a porridge with milk and sugar or a savory porridge with vegetables and spices. In the United States, it is often used as a side dish, much like pasta or rice. In meals, bulgur is often mistaken for rice because it can be prepared in a similar manner, although it has a texture more like couscous than rice.

How to be sure you’re getting whole bulgur: Because bulgur is made by cooking the entire wheat kernel, drying it and chopping it in smaller pieces, it remains a whole grain.

What is bulgur wheat

Bulgur is not a variety of wheat, bulgur is actually a traditional way of processing wheat. To make bulgur, the wheat kernels are cooked, then dried, then broken up into smaller pieces. 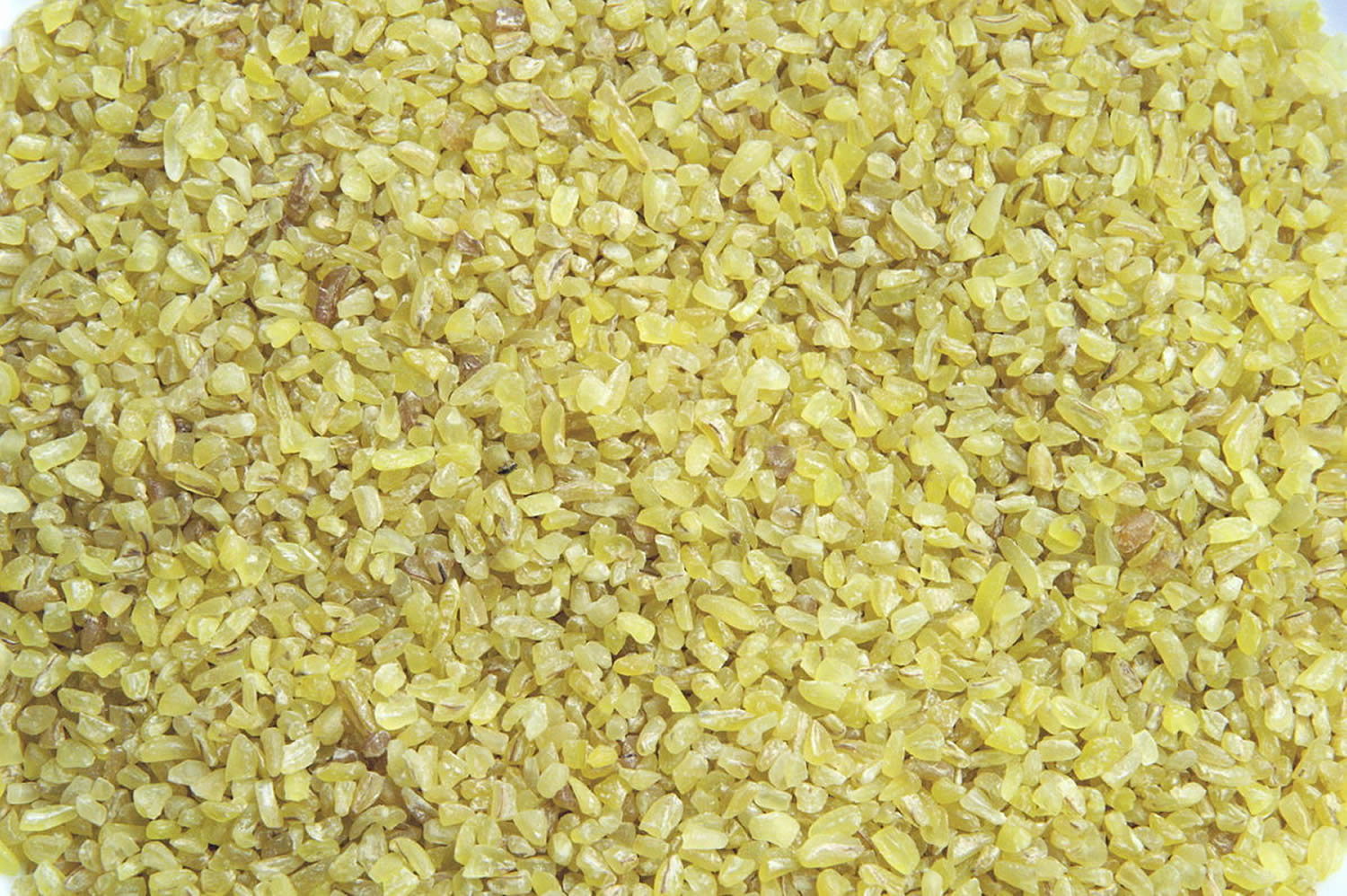 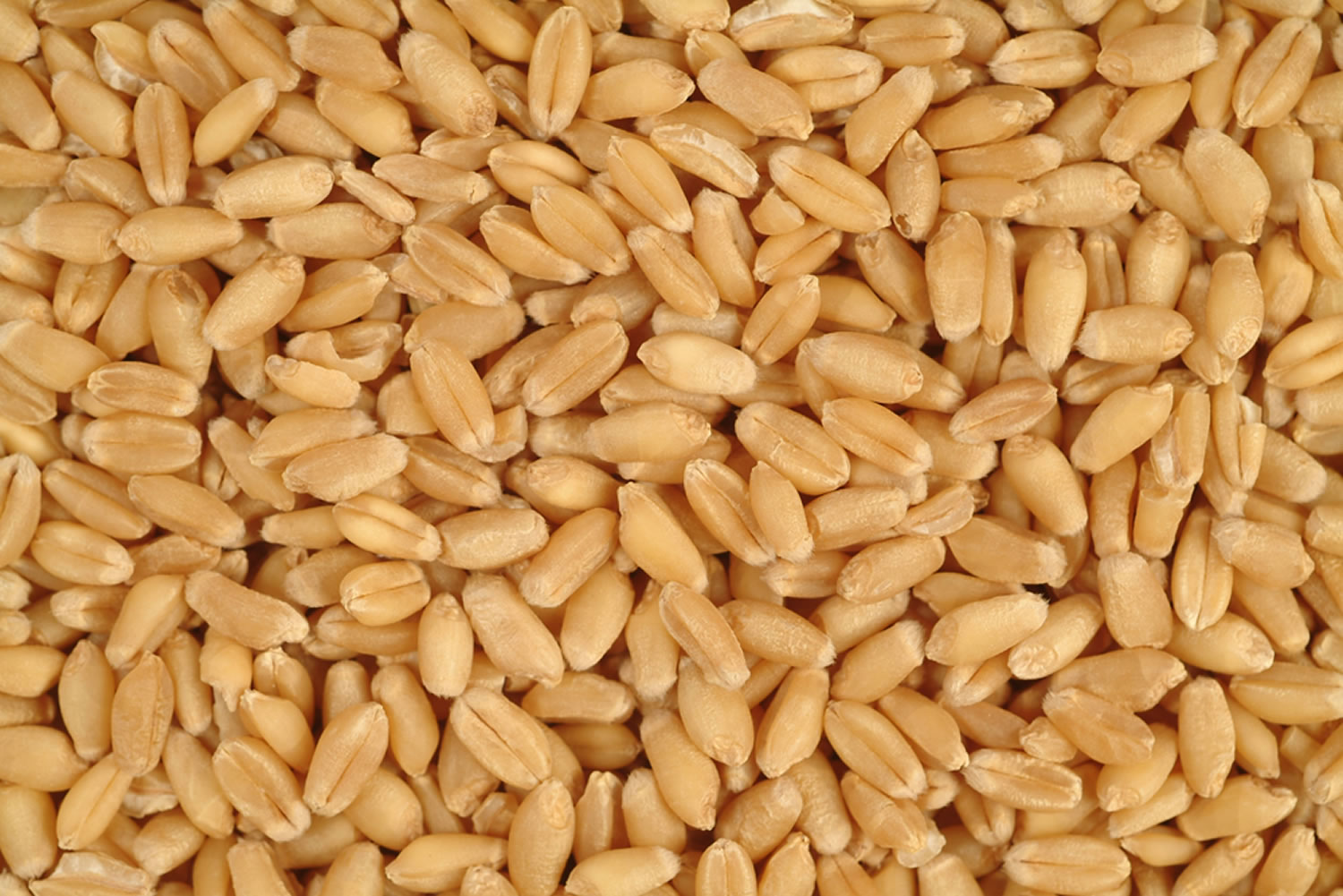 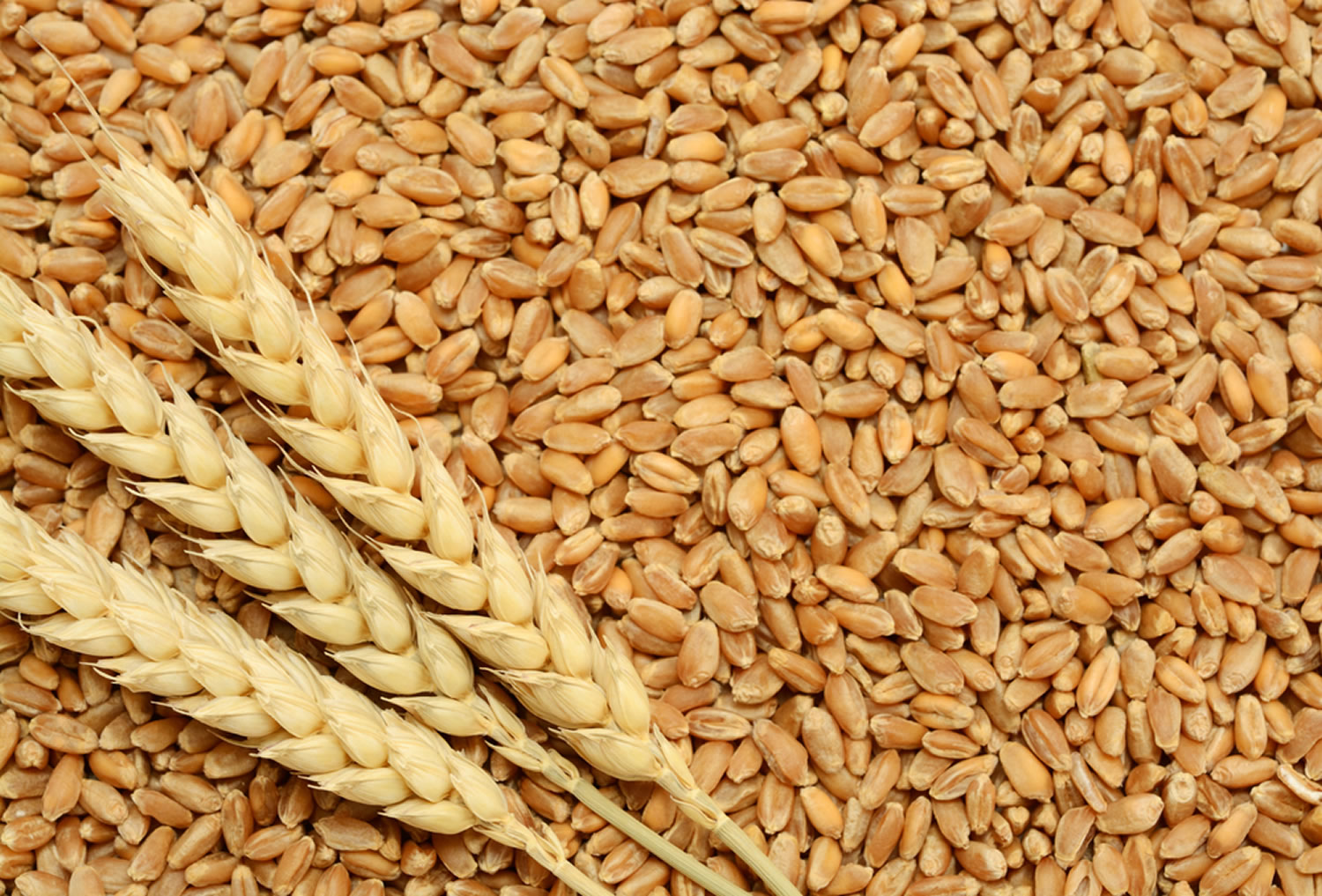 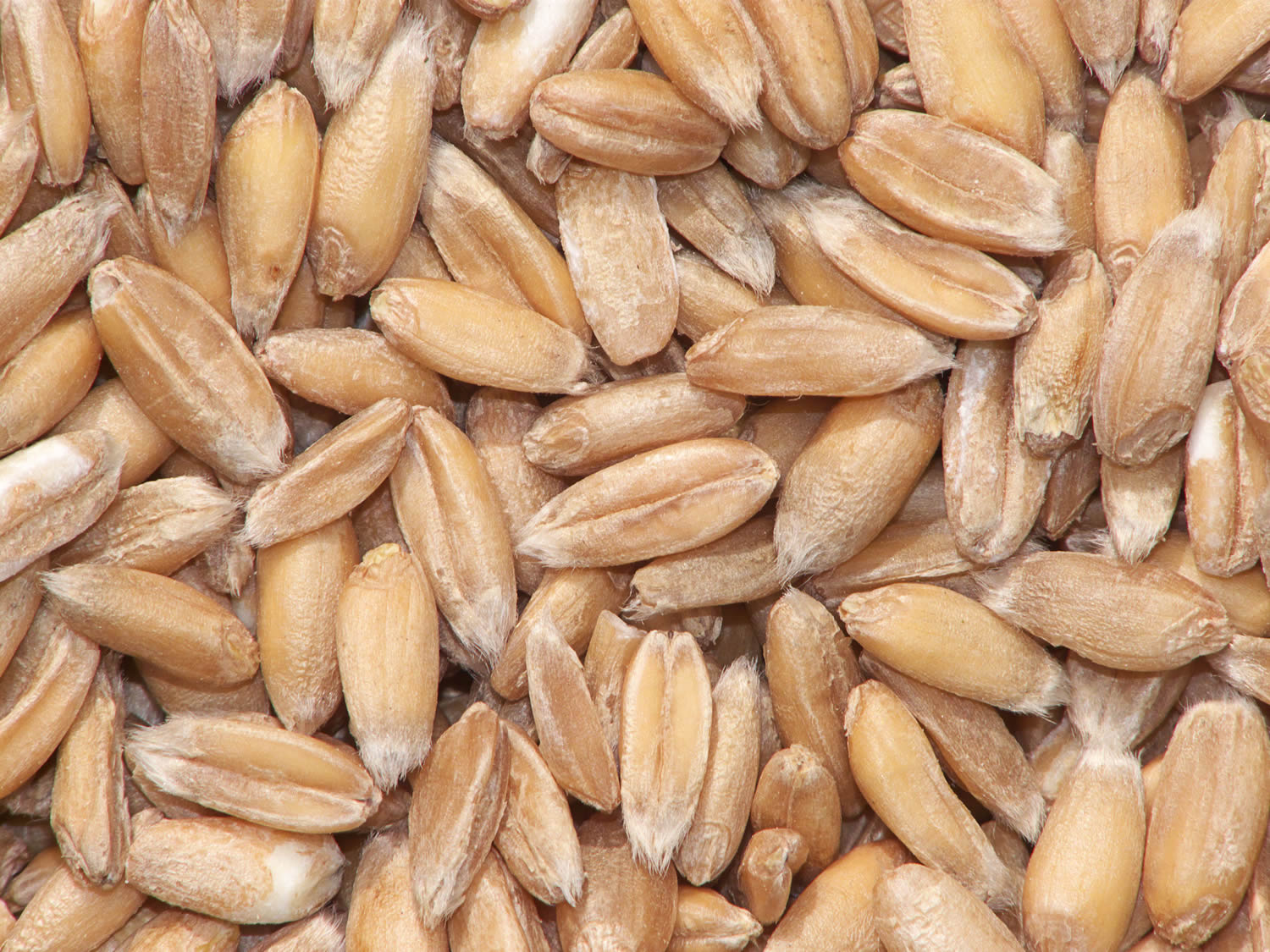 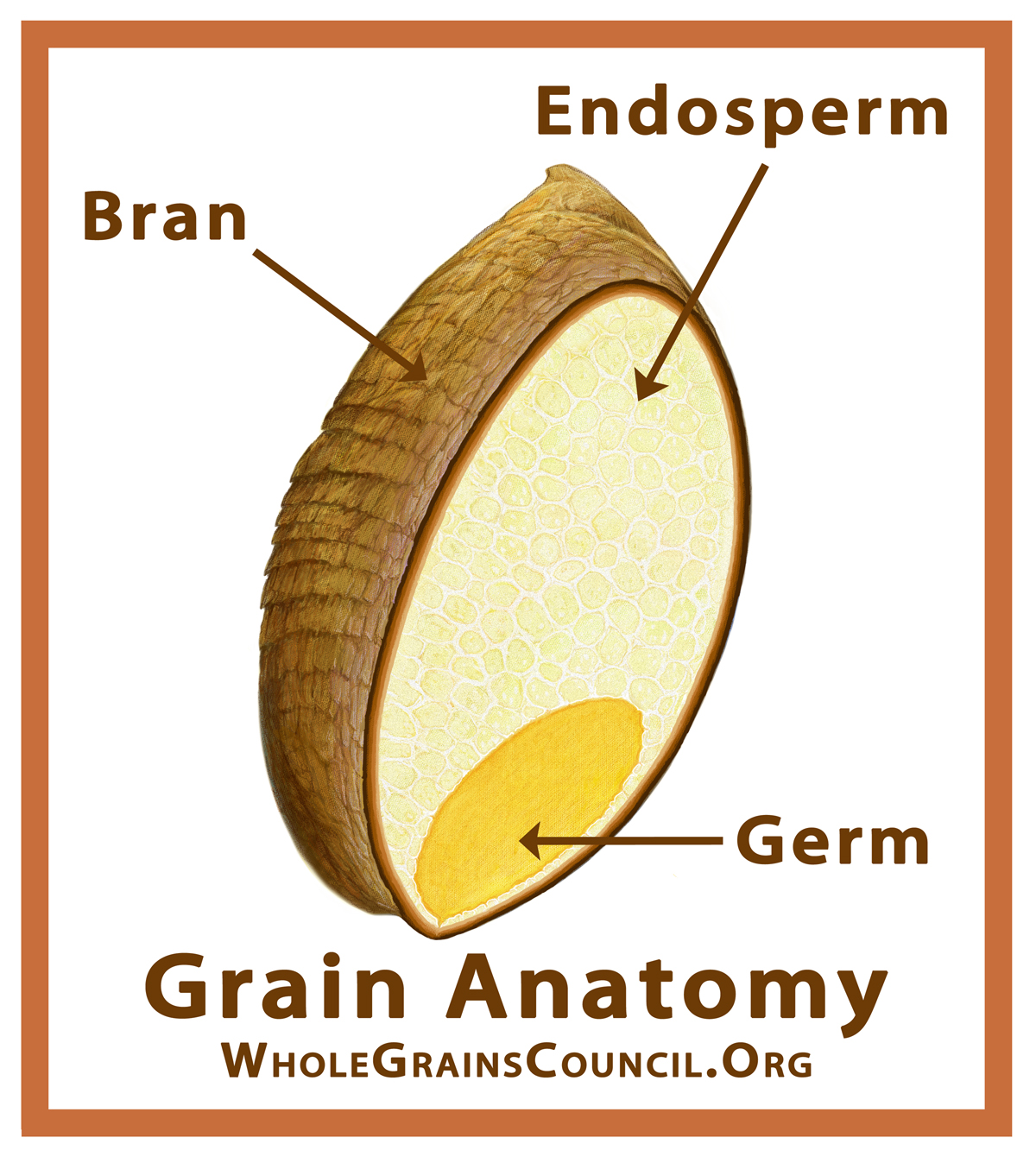 Bulgur is classified as a wholegrain and it is a good source of dietary fiber ~ 12.5 gram per 100 gram dry bulgur. In their natural state growing in the ﬁelds, whole grains are the entire seed of a plant. A grain is considered to be a whole grain as long as all three original parts — the bran, germ, and endosperm — are still present in the same proportions as when the grain was growing in the ﬁelds 10). Whole grains represent the intact, ground, cracked, or flaked kernel of grains for which the starchy endosperm, germ, and bran are found in the same relative portions as they exist in the intact grain even after separation and reconstitution of the grain 11). Whole grains provide both nutrients and non-nutrients, which confer numerous health benefits 12). Dietary fiber from whole grains, as part of an overall healthy diet, may help improve blood cholesterol levels, and lower risk of heart disease, stroke, obesity and type 2 diabetes 13). Dietary fiber can make you feel full, so you may eat fewer calories. Including bulgur or other whole grains in your diet plan may help you reach or manage a healthy weight. Whole grain intake is inversely associated with risk of type 2 diabetes, and this association is stronger for bran than for germ 14). Findings from prospective cohort studies consistently support increasing whole grain consumption for the prevention of type 2 diabetes.

The 2015–2020 Dietary Guidelines for Americans 15) recommend consuming at least half of the daily grain servings as whole grains to reduce chronic disease risk. Similarly, the World Cancer Research Fund and American Institute for Cancer Research cancer prevention guidelines recommend eating relatively unprocessed cereals with every meal and limiting the intake of refined starchy foods 16). Nevertheless, whole grain intakes fall short of dietary guidance. Data from a nationally representative sample suggest that less than 10% of American adults consume the recommended 3 or more whole-grain servings per day 17), with no significant increases in whole-grain intakes over the past 10 years 18).

Evidence on whole grains and cereal fiber has been previously reviewed in relation to obesity, type 2 diabetes, and cardiovascular disease 19). A recent review showed that high intakes of cereal fiber and whole grains had a protective impact on the risk of these chronic diseases 20). However, for cancer, previous reviews on the association between whole grains and risk of first incident cancer have been limited to evidence from case–control studies and do not report risk estimates for cereal fiber 21).

A review of case–control evidence suggests that whole grains protect against various cancers 22). Cancer is a major public health burden in the United States, with high prevalence and incidence rates 23). The World Cancer Research Fund and American Institute for Cancer Research claim that altering diet may play a pivotal role in reducing cancer incidence 24). A protective impact of whole grains on cancer risk is biologically plausible. Whole grains are a rich source of antioxidants, vitamins, trace minerals, phytate, phenolic acids, lignans, and phytoestrogens with anticarcinogenic properties. Whole grains are also a major source of fiber. Due to the hypothesized association between dietary fiber and cancer 25), it is important to consider whether cereal fiber alone or whole grains, as a collective package of measured and unmeasured dietary constituents, are associated with cancer risk. However, most of the studies that reported lack of an association evaluated whole grains and cereal fiber in relation to lymphoma, female, and prostate cancers as an outcome. In contrast, approximately half of the studies evaluating gastrointestinal cancers and the 2 studies on renal cell carcinoma and head and neck cancers were suggestive of a protective impact of whole grains and cereal fiber on cancer risk, but evidence was limited to draw firm conclusions 26). Currently, the American Institute for Cancer Research and the American Cancer Society cancer prevention guidelines recommend choosing whole grains instead of refined grains as part of a comprehensive lifestyle approach to reduce cancer incidence 27). Based on the results of this qualitative review 28), a potential protective impact of whole grains and cereal fiber is limited to certain types of cancer, including head and neck cancers, renal cell carcinoma, and gastrointestinal cancers, which collectively constitute approximately a quarter of incident cancers 29). These data provide further support for recommendations to increase consumption of whole grains including whole wheat, bulgur, whole oats, oatmeal, whole grain corn and popcorn, brown and wild rice, whole rye, whole grain barley, buckwheat, triticale, millet, quinoa, and sorghum 30). Therefore, at an individual and population level, the consumption of whole-grain foods should be encouraged, primarily due to their protective impact on cardiovascular disease and diabetes, but also due to their potential role in reducing risk of these cancers, especially among high-risk individuals.